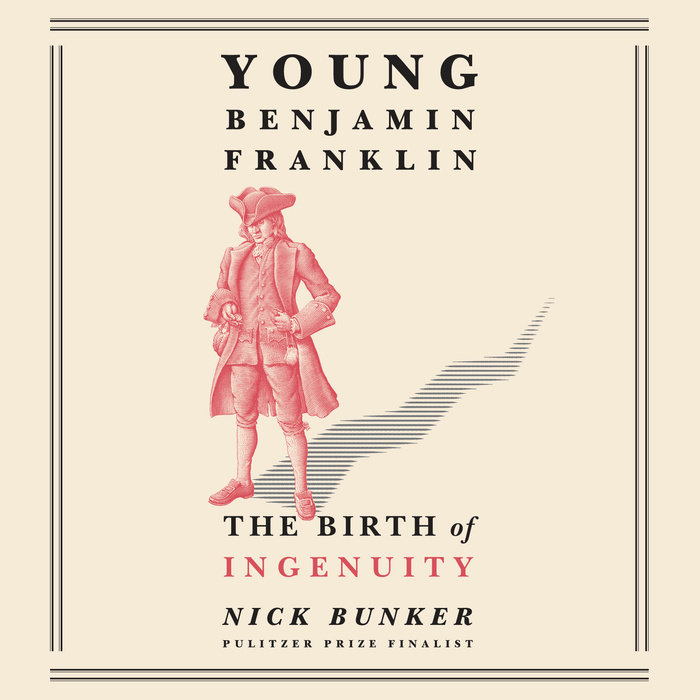 From his early career as a printer and journalist to his scientific work and his role as a founder of a new republic, Benjamin Franklin has always seemed the inevitable embodiment of American ingenuity. But in his youth he had to make his way through a harsh colonial world, where he fought many battles with his rivals, but also with his wayward emotions. Taking Franklin to the age of forty-one, when he made his first electrical discoveries, Bunker goes behind the legend to reveal the sources of his passion for knowledge. Always trying to balance virtue against ambition, Franklin emerges as a brilliant but flawed human being, made from the conflicts of an age of slavery as well as reason. With archival material from both sides of the Atlantic, we see Franklin in Boston, London, and Philadelphia as he develops his formula for greatness. A tale of science, politics, war, and religion, this is also a story about Franklin's forebears: the talented family of English craftsmen who produced America's favorite genius.
Read More
"The Franklin that emerges here...is more dynamic and real than his homespun alias Poor Richard ever could be."


"Anyone interested in Franklin and early America should find this book fascinating. It offers important insight into the internal struggles Franklin wrestled with as a youth and the questions he strove to answer. Ultimately, though, it is as much about the emergence of the concept of ingenuity in the pre-revolutionary age and among Franklin’s intellectual and scientific mentors and friends as it is about Franklin’s own path to ingenuity."


"To pass yourself off as a self-made man is to head off questions about your origins.  Nick Bunker is wise enough not to take Franklin at his word and resourceful enough to have unearthed his family’s past.  The result is a robust, graceful half-life, a portrait of the young Franklin that casts fresh light on his energy, his boundless curiosity, his passion for the new—and the self-made."

—Stacy Schiff, Pulitzer Prize-winning author of Cleopatra: A Life and The Witches: Salem, 1692


"Make room on the top shelf of all Franklin biographies. Bunker here provides a stunning reappraisal of America’s most self-created genius, loaded with Franklinesque wisdom on every page, carried forward on the wings of words that simply sing."


"It is nearly impossible to say anything new about Benjamin Franklin, but Nick Bunker has done it brilliantly with this study of the young Franklin. An extraordinary achievement."


"No Founding Father worked harder than Benjamin Franklin to establish a reputation as that most American (and enigmatic) of types:  the self-made man. But as Nick Bunker brilliantly demonstrates in this fascinating new biography of the scientist as a conflicted young man, Franklin’s past—in particular his family’s past in England—followed him every step of the way."

—Nathaniel Philbrick, author of In the Heart of the Sea and Valiant Ambition


"Shockingly original, thoroughly researched, and strikingly well written, Young Benjamin Franklin has something for everyone. It's the best book on Franklin in more than a decade. Nick Bunker has once again made the familiar strange and wondrous."


"[A] vibrant, perspicacious, and well-researched portrait of a man hungry for knowledge and ambitious for financial success… Bunker adroitly describes Franklin's involvement in the religious and political controversies of the day, including slavery, as well as in the scientific projects for which he became renowned. An engaging, illuminating biography of a captivating figure."


"Bunker re-creates a life of restless ambition as he recounts how Benjamin Franklin finds in Philadelphia the opportunity he has been seeking for deploying the printing expertise and rhetorical skills he acquired while coming-of-age in Boston… [A] nuanced portrait of the young Franklin captures the fugitive genius of a quintessential American."


"Nick Bunker again provides an unusual look at American history with this accessible and riveting account of the ancestry and early life of Ben Franklin. Bunker’s diligent research and reconstruction of events from myriad sources were necessitated by Franklin’s own misleading writings… The result is a deep, nuanced examination of the formative influences on an iconic American figure." 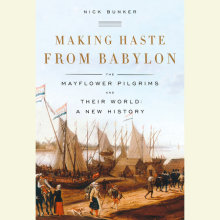