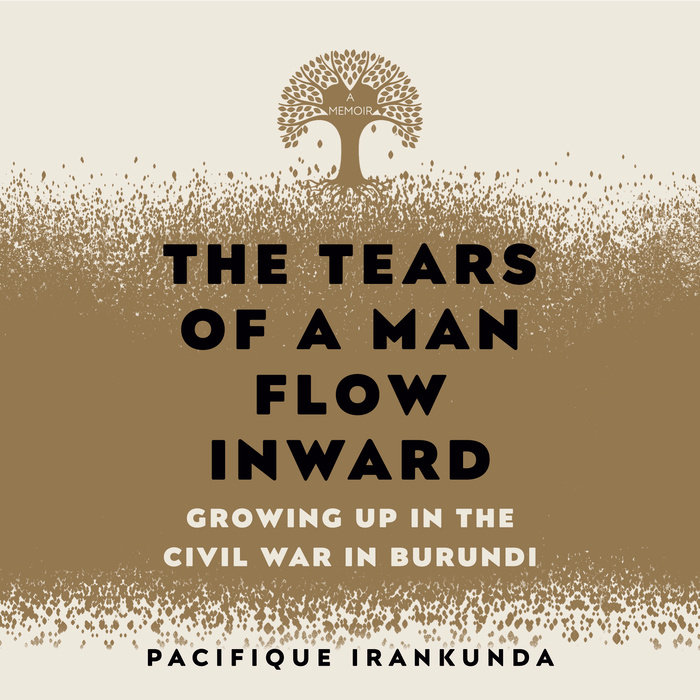 “There’s nothing like a great love song, and Pacifique Irankunda sings a beautiful one here to his homeland and to all those who choose love even in the bleakest of times.”—Imbolo Mbue, author of Behold the Dreamers and How Beautiful We Were

Pacifique Irankunda’s childhood in Burundi was marked by a thirteen-year civil war—a grueling struggle that destroyed his home, upended his family, and devastated his country’s beautiful culture. As young boys, Paci and his brother slept in the woods on nights when the shooting and violence grew too intense; they hid in tall grass and watched as military units rolled in and leveled their village. Paci’s extraordinary mother, one of the many inspiring beacons of light in this book, led her children—and others in the village—in ingenious acts of resilience through her indomitable kindness and compassion, even toward the soldiers who threatened their lives.

Drawing on his own memories and those of his family, Paci tells a story of survival in a country whose rich traditions were lost to the ravages of colonialism and ethnic strife.

Written in moving, lyrical prose, The Tears of a Man Flow Inward gives us an illuminating window into what it means to come of age in dark times, and an example of how, even in the midst of uncertainty, violence, and despair, light can almost always be found.
Read More
“There’s nothing like a great love song, and Pacifique Irankunda sings a beautiful one here to his homeland and to all those who choose love even in the bleakest of times.”—Imbolo Mbue, author of Behold the Dreamers and How Beautiful We Were

“This short memoir, of a boy’s life in a far-off and magical but harshly violent world—and of a young man’s struggle to make sense of it—is sometimes shocking, often moving, and always fascinating. Pacifique Irankunda’s book is hard to put down and impossible to forget.”—Evan Thomas, author of First: Sandra Day O’Connor

“Pacifique Irankunda tells a story of suffering and cruelty that nevertheless has hope and wisdom running through it.”—Margaret MacMillan, author of War: How Conflict Shaped Us

“Civil wars bring out the worst in us, for they set neighbors and friends against one another. Yet from a childhood lived in that terrible shadow, Pacifique Irankunda has brought forth a finely wrought memoir and a moving meditation on wisdom and justice.” —Adam Hochschild, author of King Leopold’s Ghost and To End All Wars

“Pacifique Irankunda has written a lucid and deeply personal history of Burundi’s brutal colonization and the thirteen-year civil war of which he is a survivor. But for Burundi and Burundians, Irankunda wants more than survival. Drawing on ancient teachings and traditions and on his mother’s extraordinary generosity, his vision for the future is a revelation and a rallying cry we would all, wherever we come from, do well to heed.”—Nadia Owusu, author of Aftershocks

“Unsparing, unsentimental, and as sweet as nectar, this account of conflict in Burundi is offered by a witness who was only a few years old when it began. This memoir of exceptional potency includes as many luminous recollections as painful ones, but the steady example of a visionary mother shines most brightly of all. ‘If you have no love,’ she told her sons during the long strife, ‘you’re nobody.’ This taut volume may take only a quiet afternoon or two to read, but it will haunt you, I’ll wager, for long years to come.”—Paul Farmer, chair of the Department of Global Health and Social Medicine at Harvard Medical School
Read More