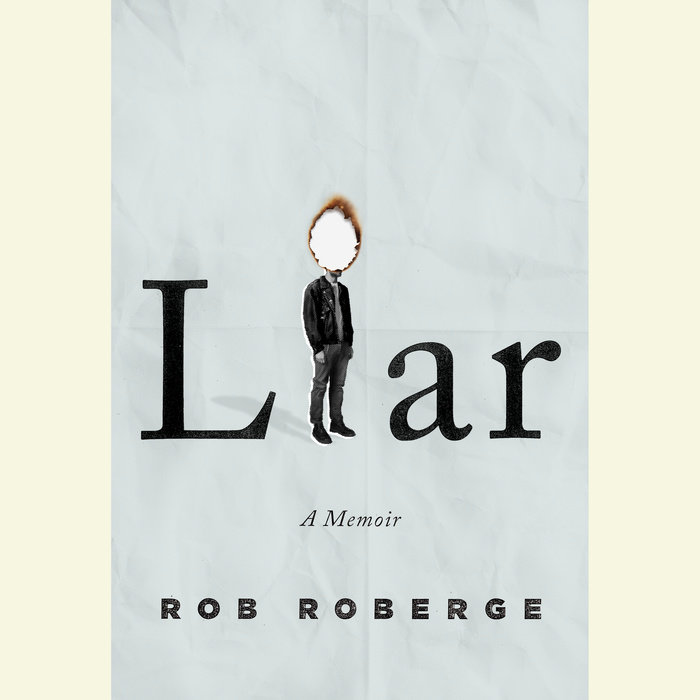 An intense memoir about mental illness, memory and storytelling, from an acclaimed novelist.

When Rob Roberge learns that he's likely to have developed a progressive memory-eroding disease from years of hard living and frequent concussions, he is terrified by the prospect of becoming a walking shadow. In a desperate attempt to preserve his identity, he sets out to (somewhat faithfully) record the most formative moments of his life—ranging from the brutal murder of his childhood girlfriend, to a diagnosis of rapid-cycling bipolar disorder, to opening for famed indie band Yo La Tengo at The Fillmore in San Francisco. But the process of trying to remember his past only exposes just how fragile the stories that lay at the heart of our self-conception really are.

As Liar twists and turns through Roberge’s life, it turns the familiar story of sex, drugs, and rock ‘n’ roll on its head. Darkly funny and brutally frank, it offers a remarkable portrait of a down and out existence cobbled together across the country, from musicians’ crashpads around Boston, to seedy bars popular with sideshow freaks in Florida, to a painful moment of reckoning in the scorched Wonder Valley desert of California. As Roberge struggles to keep addiction and mental illness from destroying the good life he has built in his better moments, he is forced to acknowledge the increasingly blurred line between the lies we tell others and the lies we tell ourselves.

“I’ve never read a book more intimately devoted to articulating how tenuous our hold on identity is. Identity is made, unmade, remade by chasing memory, and memory is a series of emotional intensities we barely survive. We make up stories of ourselves to bear the weight of our actual lives. We live between those stories and events coming at us like catastrophic meteors.  And yet, mercifully and sporadically, love comes. Read Rob Roberge’s memoir,  Liar.  Because life is what happens between truth and the fictions we make to withstand it.” —Lidia Yuknavitch, author of The Small Backs of Children and The Chronology of Water

“Uncompromising and deeply affecting, Liar is a brilliantly fragmented, darkly humorous account of a lifelong struggle with addiction and mental illness that stands with Fred Exley's A Fan's Notes. Strip-mining his memories for veins of truth, Rob Roberge unearths a fractured, unholy, and undeniable work of brilliance.” —J. Ryan Stradal, New York Times bestselling author of Kitchens of the Great Midwest

“Wow, what an amazing book. Blunt, brave, sad, funny, and full of heart, Rob Roberge’s jaw-dropping journey through life makes you feel all your feelings, some of which you didn’t even know you had.” —Dan Marshall, author of Home Is Burning

“Rob Roberge’s Liar is an unforgettable story, but what sets this stunning memoir apart is the unforgettable voice. Roberge interrogates memory with an ardent desire to be good and to do right. A deeply moral and complicated book, it comes from the heart of a man who writes about love, loss, and addiction like no other writer. You’ll fall in love.” —Emily Rapp, author of The Still Point of the Turning World

“Roberge’s memoir is [an] engrossing read….A fascinating book that will remain with readers for some time.” —Booklist

“In this absorbing memoir, novelist Roberge (The Cost of Living) shifts among memories of his youth, drug-fueled episodes from his young adulthood, and recent relapses into addiction that threaten his marriage and his work as a college professor…The sense of urgency in Roberge’s writing is increased by his effective use of the second person…The rapid back-and-forth mirrors to some degree the diagnosis of bipolar disorder with rapid cycling, which he first received in the 1980s.  But it is also the way Roberge is best able to try and make sense of his world and his experiences.” —Publishers Weekly

“Roberge is the bard of the rough road, singer of the long haul, both lyrical and ferociously realistic” –Janet Fitch, author of White Oleander

“Roberge is a modern master of the down-and-out-that-just-got-worse. His stories are dark and thrilling. They take hold of the reader like some bad, bracing dope and don’t let go until you feel the full measure of your own humanity. Prose this carefully wrought and true puts him in the tradition of Bukowski, Hammett, and Denis Johnson.” —Steve Almond, New York Times bestselling author of Against Football

“Roberge’s words bring it all back to life for me—the sounds, the sights, the smells, and the tastes. And it’s not always a pretty ride. I like that Roberge never takes the easy way out.” —Steve Wynn, The Dream Syndicate