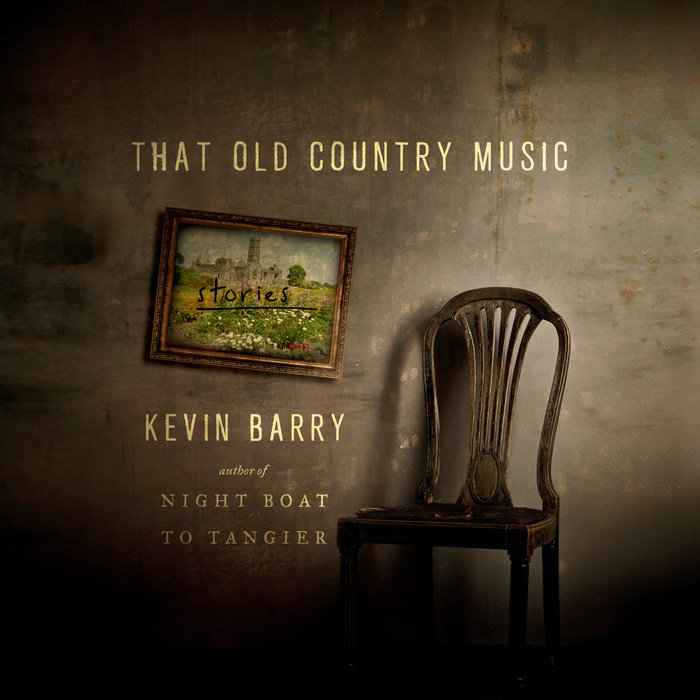 Written by: Kevin Barry
Read by: Kevin Barry
3 Hours and 52 Minutes Imprint: Random House Audio Genre: Fiction - Short Stories (single author) Release Date: January 12, 2021
A collection of short stories of rural Ireland in the classic Irish mode: full of love (and sex), melancholy and magic, bedecked in some of the most gorgeous prose being written today—from the author of the wildly acclaimed Night Boat to Tangier.

With three novels and two short story collections published, Kevin Barry has steadily established his stature as one of the finest writers not just in Ireland but in the English language. All of his prodigious gifts of language, character, and setting in these eleven exquisite stories transport the reader to an Ireland both timeless and recognizably modern. Shot through with dark humor and the uncanny power of the primal and unchanging Irish landscape, the stories in That Old Country Music represent some of the finest fiction being written today.
Read More
ONE OF NPR'S BEST BOOKS OF THE YEAR • Named a most anticipated book of the year by Vulture, O, The Oprah Magazine, The New York Post, Literary Hub, The Millions, and more*

"I had to quit reading this book the first day I had it in my hands, just so I could have it to read the next day. It's that good."
—Richard Ford

“Coarse and lyrical, arresting and often hilarious. There are verbal titillations and delights on nearly every page, but also an undertow of sorrow…Barry’s old country music cuts deep into the reader’s heart.”
—Washington Post

"Splendid...Easygoing in their elegance and capacious in their emotional range, these stories draw naturally from Ireland’s literary tradition without becoming distorted by nostalgia or homage."
—Wall Street Journal

"There are no bad Kevin Barry books. There are no sedate Kevin Barry books. Every darkly-soulful tragicomedy he produces—be it a novel or a short story collection—is a wild, electrified beast of language that throws you up on its back as it dances with manic glee around the lonesome, haunted west of Ireland landscape…The stories in That Old Country Music have all the hypnotic pathos and inimitable linguistic verve of Barry at his very best."
—LitHub

"Barry’s style [is] a nervy mix of high poetry and low comedy that he applies with unceasing vigor."
—The New York Times Book Review

“Barry has the right stuff for short stories. He brings characters to life quickly and then blesses them with his uncanny ear for dialogue and prose rhythms, his compassion and wry wit…Exceptional writing and a thoroughly entertaining collection.”
—Kirkus (starred review)

"The multi-award-winning Barry (Night Boat to Tangier) dazzles with his word wizardry and the effortless grace of his perfect sentences.”
—Library Journal

"Stellar...The hallmarks of Mr. Barry’s writing are in evidence here, from the earthy dialogue to his many poetic descriptions."
―Pittsburgh Post-Gazette

"Wild, witty stories...The west of Ireland teems with canny characters and vivid language...Darkly glimmering...Their language is exhilarating, its verve evoking the very best of Barry's compatriots while further carving out a territory that's all his own."
―Observer (UK)

"Barry often writes with sonorous wisdom...but as readers of his grimly hilarious novels will know, his language is just as precise when it is in the service of comedy...Exhilaratingly funny and poignant fables."
―Sunday Telegraph (UK)

"These playful, serious and beautifully crafted stories allow Barry to experiment as we need great writers to do."
―Irish Times

"An extraordinary writer . . . In his short stories Barry seems most fully and brilliantly himself. . . . So rich and so flawlessly crafted―its best stories feel instantly canonical, as if we've already been reading them for years . . . The opening story is letter-perfect from its first line . . . Funny, moving, built with superior economy, this is the real thing . . . Barry remains the great romantic of contemporary Irish fiction. Like all of the most interesting artists, he gets better with every risk he takes. The courage may be his. But the rewards are all ours."
―Irish Independent