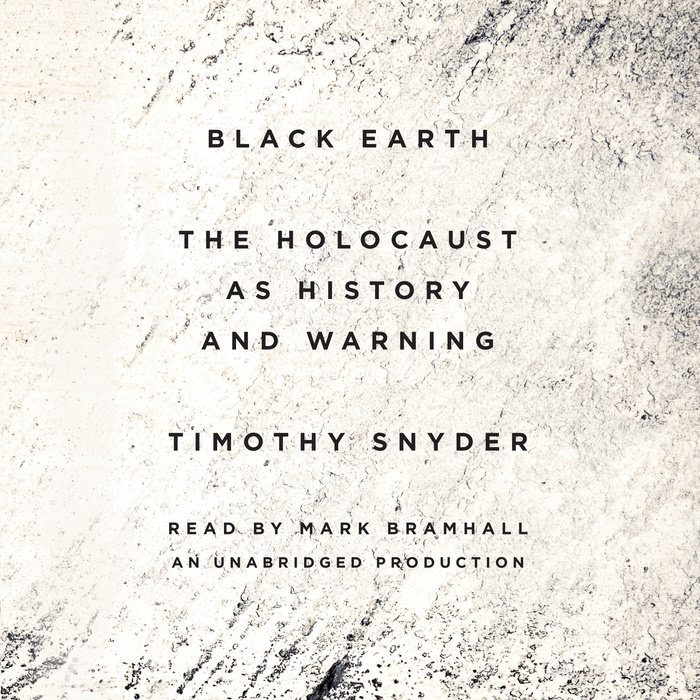 A “gripping [and] disturbingly vivid” (The Wall Street Journal) portrait of the defining tragedy of our time, from the #1 New York Times bestselling author of On Tyranny

ONE OF THE BEST BOOKS OF THE YEAR—The Washington Post, The Economist, Publishers Weekly

In this epic history of extermination and survival, Timothy Snyder presents a new explanation of the great atrocity of the twentieth century, and reveals the risks that we face in the twenty-first. Based on untapped sources from eastern Europe and forgotten testimonies from Jewish survivors, Black Earth recounts the mass murder of the Jews as an event that is still close to us, more comprehensible than we would like to think and thus all the more terrifying.

By overlooking the lessons of the Holocaust, Snyder concludes, we have misunderstood modernity and endangered the future. The early twenty-first century is coming to resemble the early twentieth, as growing preoccupations with food and water accompany ideological challenges to global order. Our world is closer to Hitler’s than we like to admit, and saving it requires us to see the Holocaust as it was—and ourselves as we are.

Groundbreaking, authoritative, and utterly absorbing, Black Earth reveals a Holocaust that is not only history but warning.

“An unflinching look at the Holocaust . . . Mr. Snyder is a rising public intellectual unafraid to make bold connections between past and present.” —The New York Times

“Snyder’s historical account has a vital contemporary lesson. . . . It’s a testament to his intellectual and moral resources that he can so deeply contemplate this horrific past in ways that strengthen his commitment to building a future based on law, rights, and citizenship.”—The Washington Post

“An impressive reassessment of the Holocaust, which steers an assured course [and] challenges readers to reassess what they think they know and believe . . . Black Earth will prove uncomfortable reading for many who hew to cherished but mythical elements of Holocaust history.”—The Economist

“Excellent in every respect . . . Although I read widely about the Holocaust, I learned something new in every chapter. The multilingual Snyder has mined contemporaneous Eastern European sources that are often overlooked.”—Stephen Carter, Bloomberg

“In Black Earth, a book of the greatest importance, Snyder now forces us to look afresh at these monumental crimes. Written with searing intellectual honesty, his new study goes much deeper than Bloodlands in its analysis, showing how the two regimes fed off each other.”—Antony Beevor, The Sunday Times
Read More 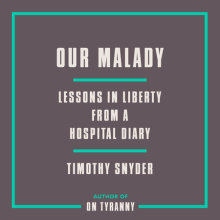 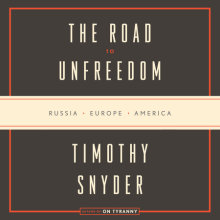 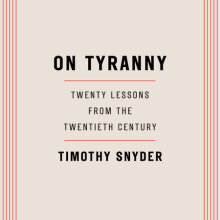