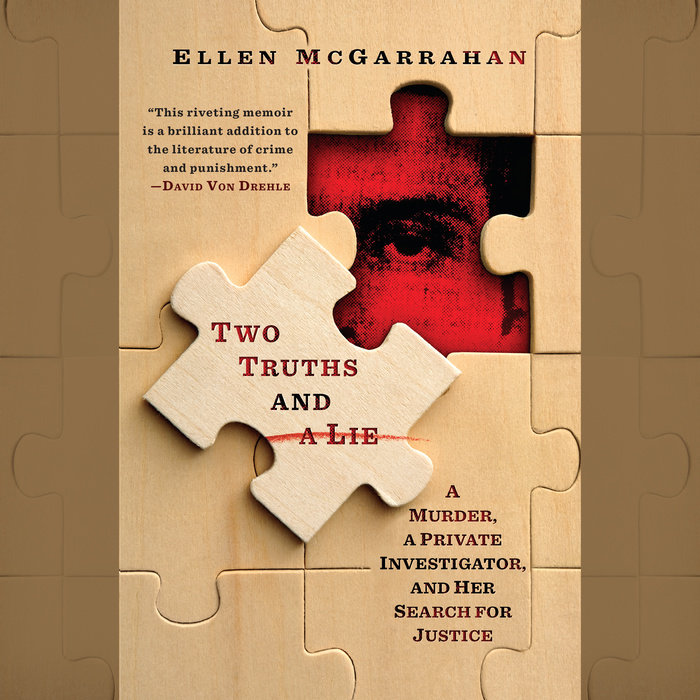 NEW YORK TIMES BOOK REVIEW EDITORS’ CHOICE • In this “spellbinding memoir” (The Washington Post), a private investigator revisits the case that has haunted her for decades and sets out on a deeply personal quest to sort truth from lies.

In 1990, Ellen McGarrahan was a young reporter for the Miami Herald when she covered the execution of Jesse Tafero, a man convicted of murdering two police officers. When it later emerged that Tafero may have been innocent, McGarrahan was appalled by her unquestioning acceptance of the state’s version of events. The revelation propelled her into a new career as a private investigator.

Decades later, McGarrahan finally decides to find out the truth of what really happened in Florida. Her investigation plunges her back into the Miami of the 1960s and 1970s, a dangerous world of nightclubs, speed boats, and cartels, all awash in violence. She combs through stacks of court files and interviews everyone involved in the case. But even as McGarrahan circles closer to the truth, the story of guilt and innocence becomes more complex, and she gradually discovers that she hasn’t been alone in her need for closure. Because whenever a human life is forcibly taken—by bullet, or by electric chair—the reckoning is long and difficult for all.

A fascinating glimpse into the mind of a private investigator, Two Truths and a Lie is ultimately a deeply personal exploration of one woman’s quest to find answers in a chaotic world.
Read More
“The experience of inhabiting that investigation with McGarrahan is so intense readers should experience it for themselves. For me, the even deeper draw here is McGarrahan’s struggle to come to terms with the evil she was drawn into as a young reporter.”—Maureen Corrigan, NPR’s
Fresh Air

“Extremely entertaining . . . McGarrahan’s obsession with rooting out the truth in the case leads her [to] Florida, Ireland and Australia, where she tracks down any detail that might potentially help her know what happened.”—The New York Times

“This riveting read is the memoir of a reporter–turned–private investigator who looks back at the case that snagged her imagination.”—Marie Claire (The 10 Best True Crime Books of 2021)

“[A] compelling true-crime debut.”—Bustle (most anticipated books of February 2021)

“A spellbinding memoir . . . Among the truest of true crime stories ever written . . . McGarrahan’s story renders the tawdriness and banality of crime, the frustrating limits of witnesses and evidence, the hazy frontier between truth and lies, the slipperiness of culpability.”—The Washington Post

“Both admirable and harrowing . . . I highly recommend Two Truths and a Lie if you’re looking for a gripping, fast-paced book with a thoughtful and insightful premise.”—True Crime Index

“In these beautifully written pages we find both a page-turning whodunit and a sobering assessment of the American justice system.”—Heather Ann Thompson, author of Blood in the Water

“Two Truths and a Lie is a masterpiece—more honest than In Cold Blood and more profound than The Executioner’s Song. A brilliant addition to the literature of crime and punishment.”—David Von Drehle, New York Times bestselling author of Triangle

“Both mesmerizing page-turner and haunting meditation on various shades of guilt . . . As the best stories do, Two Truths and a Lie leads us through a fascinating case at breakneck speed, until we find ourselves confronting the elusive nature of truth itself.”—Claudia Rowe, author of The Spider and the Fly

“My heart was in my throat through each page of this captivating memoir of a private investigator’s search for truth, justice, and resolution.”—Sarah Gerard, author of Sunshine State

“McGarrahan’s eagle eye and relentless drive to learn the truth—whatever it may be—carry us with her on this powerful and fascinating journey.”—Eilene Zimmerman, author of Smacked

“Journalist and private investigator McGarrahan’s debut is an engrossing, authoritative fusion of true crime and memoir . . . An accomplished, unsettling look at a confounding crime and larger issues of memory, culpability, and punishment.”—Kirkus Reviews (starred review)