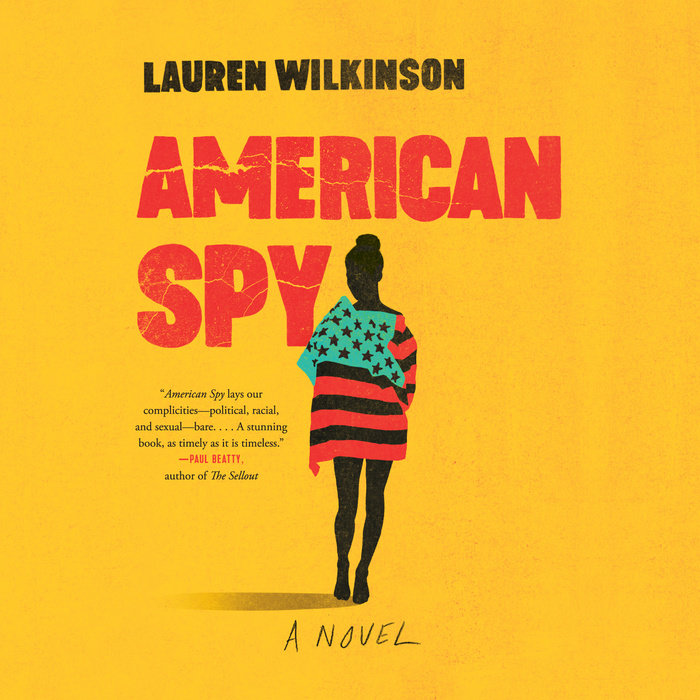 “American Spy updates the espionage thriller with blazing originality.”—Entertainment Weekly
“There has never been anything like it.”—Marlon James, GQ
“So much fun . . . Like the best of John le Carré, it’s extremely tough to put down.”—NPR

What if your sense of duty required you to betray the man you love?

It’s 1986, the heart of the Cold War, and Marie Mitchell is an intelligence officer with the FBI. She’s brilliant, but she’s also a young black woman working in an old boys’ club. Her career has stalled out, she’s overlooked for every high-profile squad, and her days are filled with monotonous paperwork. So when she’s given the opportunity to join a shadowy task force aimed at undermining Thomas Sankara, the charismatic revolutionary president of Burkina Faso whose Communist ideology has made him a target for American intervention, she says yes. Yes, even though she secretly admires the work Sankara is doing for his country. Yes, even though she is still grieving the mysterious death of her sister, whose example led Marie to this career path in the first place. Yes, even though a furious part of her suspects she’s being offered the job because of her appearance and not her talent.

In the year that follows, Marie will observe Sankara, seduce him, and ultimately have a hand in the coup that will bring him down. But doing so will change everything she believes about what it means to be a spy, a lover, a sister, and a good American.

Inspired by true events—Thomas Sankara is known as “Africa’s Che Guevara”—American Spy knits together a gripping spy thriller, a heartbreaking family drama, and a passionate romance. This is a face of the Cold War you’ve never seen before, and it introduces a powerful new literary voice.

“Spy fiction plus allegory, and a splash of pan-Africanism. What could go wrong? As it happens, very little. Clever, bracing, darkly funny, and really, really good.”—Ta-Nehisi Coates

“Inspired by real events, this espionage thriller ticks all the right boxes, delivering a sexually charged interrogation of both politics and race.”—Esquire

“Echoing the stoic cynicism of Hurston and Ellison, and the verve of Conan Doyle, American Spy lays our complicities—political, racial, and sexual—bare. Packed with unforgettable characters, it’s a stunning book, timely as it is timeless.”—Paul Beatty, Man Booker Prizewinning author of The Sellout
Read More
“An expertly written spy thriller . . . that tackles issues of politics, race and gender . . . Like the best of John le Carré, it’s extremely tough to put down. It marks the debut of an immensely talented writer who’s refreshingly unafraid to take risks, and has the skills to make those risks pay off.”—NPR

“For the novel’s engaging intelligence and serious reckoning with the world’s postwar order, Wilkinson deserves the comparisons to John le Carré she’s already receiving. But in bringing a virtually unheard-from fictional viewpoint to espionage literature, she has reinvigorated the genre.”—Time

“It might seem hyperbolic to say that this book is riveting and thrilling from the very first page, except that it totally is. . . . It’s a refreshing take on an espionage story—No icy Russian tundra! A black female spy!—that’s sexy and suspenseful in equal measure.”—Samantha Irby, Marie Claire

“Wilkinson takes readers down a path of danger, seduction and patriotism.”—Essence

“Lauren Wilkinson reminds us of a less-covered side of the Cold War with her debut set in 1986 Africa. FBI agent Marie Mitchell is stationed in Burkina Faso, and when she’s assigned to shadow Thomas Sankara, ‘Africa’s Che Guevara,’ the personal, political and professional collide for her in unforgettable ways.”—The Washington Post

“A complex and powerful work . . . The espionage plot that eventually drives the action is only one component in this ambitious, multifaceted novel.”—Shelf Awareness

“An excellent spy novel that is unlike every other spy novel I’ve read. . . .  This is a great read for fans of literary mystery, character driven novels, and historical fiction–especially focusing on history that never gets taught.”—Book Riot

“A gutsy new thriller . . . challenging boundaries is what brave fiction does, and Wilkinson proves confident enough to carry it off.”—The New York Times

“[In] this genre-defying novel . . . Marie’s journey into the moral and spiritual morass of espionage is inventive . . . Unlike the heroes of John Le Carré’s novels, Marie must also grapple with the cognitive dissonance of serving a country in which she is regarded as a second-class citizen.”—Vulture

“An excitingly sharp debut novel by the talented newcomer Lauren Wilkinson . . . Rest assured that American Spy will not only keep you turning the pages, it will do much more than that. Wilkinson steeps her thriller in a complicated awareness of huge, thorny themes: race, Cold War amorality, the politics of our intelligence services and the ease with which we can become complicit with deeds we actually abhor.”—NPR “Fresh Air”
Read More