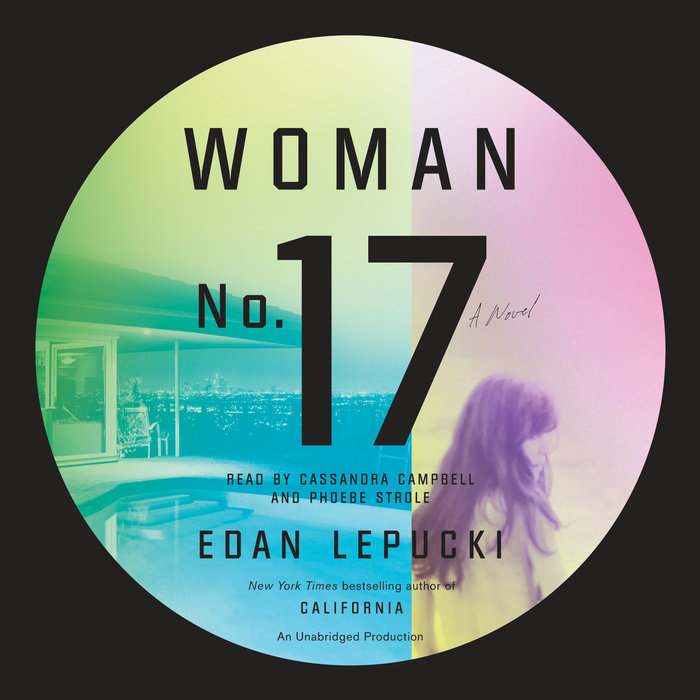 High in the Hollywood Hills, Lady Daniels has separated from her husband. She’s going to need help with their toddler son if she’s going to finish the memoir she can’t stand writing. From a Craigslist ad, she hires S, a magnetic young artist, to live in the guesthouse behind the pool, take care of Lady’s young son, and keep an eye on her older, teenage one. S performs her job beautifully and quickly draws the entire family into her orbit—but she isn’t exactly who she seems. As Lady and S grow closer, old secrets and new betrayals come to light, jeopardizing what they hold most dear.

“Woman No. 17 is propulsive and moving, and considers vital questions with empathy and sly intelligence. . . . A winning novel. ”—The New York Times Book Review

“Lepucki’s exploration of personal relationships takes on an increasingly noirish tone: Much like Chekhov’s gun, a swimming pool introduced early in the book takes on the shadows of a floating body long before the reader realizes this might be a possibility.”—Elle

“While Woman No. 17 does possess all the trappings of a frothy page-turner—stormy arguments, showy melodrama, and (oops!) an affair—there are some quiet, serious moments, too. It’s the intersection between the two that makes this read both scintillating and thought-provoking.”—San Francisco Chronicle
Read More

“A story packed with such wicked and wickedly funny confessions about a host of hallowed subjects. . . . Lepucki’s witty lines arrive as dependably as afternoon playtime, but her reflection on motherhood and women’s friendships is deadly serious. . . .The disclosures that Lepucki engineers in this smart novel are sometimes painful, sometimes hilarious, always irresistible.”—Ron Charles, Washington Post

“A dark and clever tale about motherhood and the complexity of friendships.”—SFWeekly

“Woman No. 17 reads like a Hollywood Hills film noir . . . the dialogue is sharp, the fragrance of the wilting air palpable.”—Seattle Times

“With Woman No. 17, Lepucki has succeeded in revealing a simple truth: mothers are human—flawed and difficult and impossible to hold at arm’s length.”—Paste

“Female friendships, artists, twisted secrets, motherhood, and the posh and drama-filled hills of Los Angeles — if that doesn't sound like a novel your mom will literally gobble up in a day or two, we give up. This risqué and mesmerizing read by New York Times bestselling author Edan Lepucki will make your mom race through the addictive pages of Woman No. 17 in no time (and we wouldn't be surprised if she rereads it again and again).”—PopSugar

“Tensions are expertly spun by Edan Lepucki through the heat of the end of summer in LA. . . . Woman No. 17 starts and finishes in the here and now, and shows up the fragility of the facade of civilization that we all in the Western world, be it in American or Europe, like to think we hold up.”—Electric Literature

“[A] Hollywood noir about the electric bonds between women . . . this one is a safe bet for beach season.”—The Week

“Lepucki’s brisk style and arresting characterizations make for a compelling portrait of womanhood in the present moment, right down to its intriguing integration of social media.”—Publishers Weekly

“An acidly inquisitive domestic drama set in the Hollywood Hills and anchored to depthless questions of identity, family, and art. . . . Lepucki’s arch and provocative tale of elaborate and privileged dysfunction poses sharp questions about inheritance, self-expression, and love.”—Booklist

“In Woman No. 17, Lepucki has crafted an intricate, gripping story of people behaving very badly. You will want to race to the end to see what happens, but don’t cheat yourself. This book deserves to be savored –gorgeously written, darkly comic, smart and thrilling.”—Cynthia D’Aprix Sweeney, New York Times bestselling author of The Nest

“Woman No. 17 fizzes with references to contemporary culture and sparks with larger, timeless questions: Where is the line between performance and identity? What separates life from art? And can we ever escape the gravitational pull of our parents? Edan Lepucki shows herself to be a sharp-eyed chronicler of our modern world.”—Celeste Ng, New York Times bestselling author of Everything I Never Told You
Read More

9 Sophomore Audiobooks to Listen ToEdan Lepucki Returns with Woman No. 17