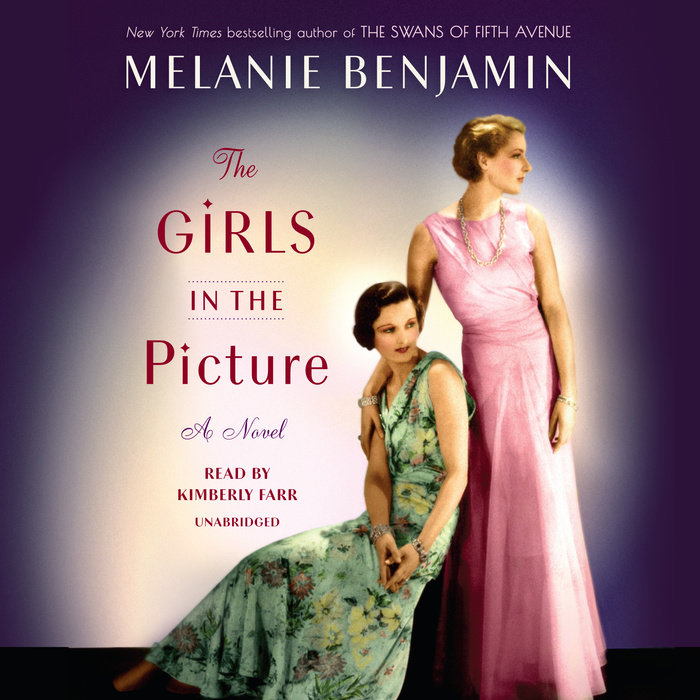 “Full of Old Hollywood glamour and true details about the pair’s historic careers . . . a captivating ode to a legendary bond.”—Real Simple

It is 1914, and twenty-five-year-old Frances Marion has left her (second) husband and her Northern California home for the lure of Los Angeles, where she is determined to live independently as an artist. But the word on everyone’s lips these days is “flickers”—the silent moving pictures enthralling theatergoers. Turn any corner in this burgeoning town and you’ll find made-up actors running around, as a movie camera captures it all.

In this fledgling industry, Frances finds her true calling: writing stories for this wondrous new medium. She also makes the acquaintance of actress Mary Pickford, whose signature golden curls and lively spirit have earned her the title “America’s Sweetheart.” The two ambitious young women hit it off instantly, their kinship fomented by their mutual fever to create, to move audiences to a frenzy, to start a revolution.

But their ambitions are challenged by both the men around them and the limitations imposed on their gender—and their astronomical success could come at a price. As Mary, the world’s highest paid and most beloved actress, struggles to live her life under the spotlight, she also wonders if it is possible to find love, even with the dashing actor Douglas Fairbanks. Frances, too, longs to share her life with someone. As in any good Hollywood story, dramas will play out, personalities will clash, and even the deepest friendships might be shattered.

With cameos from such notables as Charlie Chaplin, Louis B. Mayer, Rudolph Valentino, and Lillian Gish, The Girls in the Picture is, at its heart, a story of friendship and forgiveness. Melanie Benjamin brilliantly captures the dawn of a glittering new era—its myths and icons, its possibilities and potential, and its seduction and heartbreak.

“A boffo production . . . Inspiration is a rare and unexpected gift in a book filled with the fluff of Hollywood, but Benjamin provides it with The Girls in the Picture.”—NPR

“In the era of #MeToo, Girls could not be more timely—or troubling—about the treatment of women in the workplace. . . . [Melanie] Benjamin portrays the affection and friction between Pickford and Marion with compassion and insight. . . . As Hollywood preps for an Oscar season riven with the sexual mistreatment scandal, the rest of us can settle in with this rich exploration of two Hollywood friends who shaped the movies.”—USA Today

“Benjamin immerses readers in the whirlwind excitement of Mary’s and Frances’ lives while portraying a rarely seen character, an early woman screenwriter, and deftly exploring the complexities of female friendship.”—Booklist

“The heady, infectious energy of the fledgling film industry in Los Angeles is convincingly conveyed—and the loving but competitive friendship between these two women on the rise in a man’s world is a powerful source of both tension and relatability.”—Publishers Weekly

“Profoundly resonant, The Girls in the Picture is at its core, an empowering and fascinating tale of sisterhood. . . . Deeply affecting . . . This book isn’t just timely, it’s necessary!”—Bryce Dallas Howard

“Melanie Benjamin, known for her living, breathing portraits of famous figures, takes on the Golden Age of Hollywood, and the friendship between icons Mary Pickford and screenwriter Frances Marion. As riveting as the latest blockbuster, this is a star-studded story of female friendships, creative sparks about to ignite, and the power of women. Dazzling.”—Caroline Leavitt, New York Times bestselling author of Pictures of You and Cruel Beautiful World

“Set at the dawn of Hollywood, The Girls in the Picture explores the friendship between renowned starlet Mary Pickford and screenwriter Frances Marion. With the artistry for which she has become renowned, Melanie Benjamin has simultaneously created an insightful tale of the relationship between writer and muse and a breathtaking view into Hollywood’s most glittering era.”—Pam Jenoff, New York Times bestselling author of The Orphan’s Tale

“A scintillating journey back in time to the gritty and glamorous days of old Hollywood . . . With elegant prose and delicious historical detail, Benjamin delivers a timely tale of female friendship—and the powerful duo who dared to dream beyond the narrow roles into which they’d been cast.”—Allison Pataki, New York Times bestselling author of Where the Light Falls and Sisi
Read More

Hello, Hollywood history! Voicing THE GIRLS IN THE PICTURE: an interview with narrator Kimberly FarrVisit Us at Vogue Knitting 2018 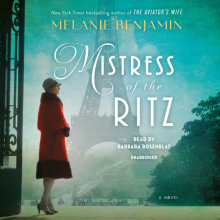 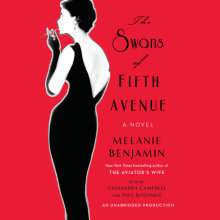