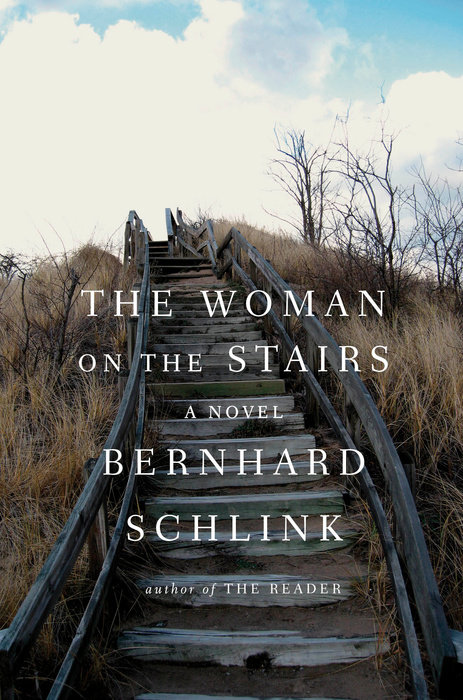 Written by: Bernhard Schlink
Read by: Christopher Grove
Translated by: Joyce Hackett & Bradley Schmidt
5 Hours and 41 Minutes Imprint: Random House Audio Genre: Fiction - Literary Release Date: March 14, 2017
In a museum far from home a man stumbles onto a painting of a woman for whom he once, long ago, risked everything and who then mysteriously disappeared from his life.

As a young lawyer, the nameless protagonist of The Woman on the Stairs became entangled in the affairs of three people mired in a complex and destructive relationship. An artist, the woman whose portrait he had painted, and her husband became a triangle that drew the lawyer deeper and deeper into their tangled web. Now, encountering the painting that triggered it all, the lawyer must reconcile his past and present selves; when he eventually locates the woman, he is forced to confront the truth of his love and the reality that his life has been irrevocably changed.

With The Woman on the Stairs, the internationally acclaimed author of The Reader delivers a powerful new novel about obsession, creativity, and love. Intricately crafted, poignant, and beguiling, this is Bernhard Schlink writing at his peak.
Read More
“Schlink, a professor of law in both Germany and the United States, writes with lawyerly precision, and his protagonist’s midlife search for meaning is thought-provoking and surprisingly tender.” —Bookpage

“Bernhard Schlink's The Woman on the Stairs runs on taut suspense, as an unnamed elderly Germany lawyer rediscovers a painting that triggers a cascade of memories. Decades earlier, a femme fatale ensnared him in a romantic web, along with her affluent husband and a volatile artist, only to flee from them all. Seeing the painting again compels the protagonist to seek out his wayward muse, but their reunion doesn't play out quite the way he's fantasized.” —Oprah.com ("Thrillers You Won't Be Able to Put Down")

“A page-turner. . . . Bernhard Schlink’s latest novel is a reminder that his style and his stories are unique, mysterious, and deceptively simple. He writes about big themes like love, obsession, betrayal, and moral dilemmas. . . . He is, in short, a philosopher-writer with an interest in history, politics and what makes people tick. . . Passages illuminate the suffering and isolation that each character feels. But more than that, they shine a light on Schlink’s brilliance as a contemplative writer who, through simple prose and complex characters, meditates on life and all its challenges.” —The New York Journal of Books

“At the end of this clever but melancholy novel readers are left with some answers to some questions but with others still to ponder. And that’s a satisfying ending because it keeps the novel alive after the last page has been turned.” —Washington Times

“Exquisite. . . . Schlink offers a profoundly moving meditation on how one’s life is affected by the choices one makes along the way.” —Publishers Weekly (Starred Review)

“[A] poignant meditation on recrimination and regret.” —Library Journal

"[Schlink] has succeeded in writing a veritable thriller, which subtly and expertly intertwines perceptions of art and contemporary political events." —Hendrik Werner, Weser-Kurier

"A gripping novel about what happens when life’s plans fall apart." —Nina May, Hannoversche Allgemeine Zeitung

"Bernhard Schlink’s The Woman on the Stairs flows with great style between fiction and the politics of the day. The novel is gripping and intelligent, offset with a good portion of thoughtfulness." —Jens Frederiksen, Rhein-Main-Press
Read More

Six Audiobooks to Talk About 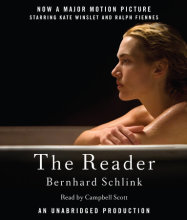 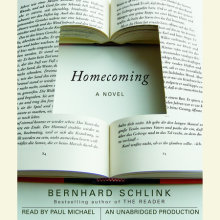