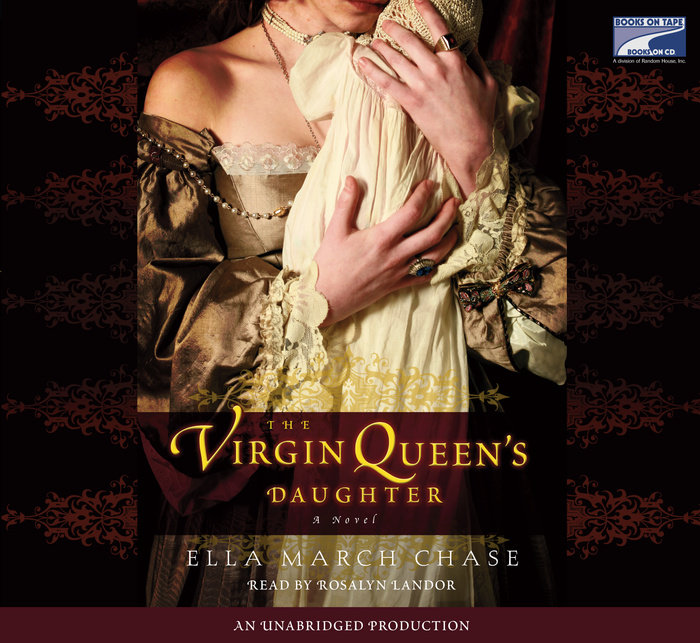 Tucked away in the country estate of her beloved father, Lord Calverley, young Nell de Lacey feeds her hungry mind with philosophy, language, and studies of science. Her mother, once a devoted lady-in-waiting to Henry VIII’s last wife, Katherine Parr, would rather her daughter stop dabbling in the grand affairs of men and instead prepare for her eventual duties as a wife.

But Nell’s heart yearns for something more, and a chance meeting with Princess Elizabeth, then a prisoner of the Tower of London, pushes her closer toward finding it. Now, years later, Nell’s chance arrives when she is summoned to serve as a lady-in-waiting to the newly crowned Queen Elizabeth.

But a lingering rumor about nine unaccounted-for months in the Virgin Queen’s past reignites when the flame-haired Nell–a mirror image of Her Majesty both physically and intellectually–arrives at court. Quickly she catches the eye not only of the cunning Elizabeth, but of those who would see the queen fail.

Engrossing and enlightening, The Virgin Queen’s Daughter brings to life one of the greatest mysteries of one of the greatest monarchs.
Read More
“If Elizabeth I had a daughter, Nell is surely what she must have been like—brilliant and daring, risking everything for the right to fully exercise mind, heart, and spirit.”
—Donna Cross, international bestselling author of Pope Joan

“The Virgin Queen’s Daughter is both gritty and glittering, revealing the sharp blades beneath a silken court. I finished it in a day—well, two, if you count the five minutes past midnight!—and enjoyed it immensely.”
—India Edghill, author of Wisdom’s Daughter

“A fresh and fascinating new glimpse of the infamous Tudor clan. An unforgettable story full of rich characterization, palace intrigue, and the perilous, often heartbreaking reality for those whose lives depend on the whims of queens and kings.”
—Susan Holloway Scott, author of The King’s Favorite

“Ella March Chase is a master storyteller. She spins a rich tapestry of history and fiction, weaving all the vibrancy of the Tudor court and the quest of a strong, unforgettable woman into a mesmerizing tale.”
—Susan Carroll, author of The Dark Queen

“A feast for all of those fascinated with the life and loves of Queen Elizabeth I.”
—Judith Merkle Riley, author of The Serpent Garden

“The Virgin Queen’s Daughter is a beautifully written book with vividly drawn characters and a fabulous plot. I didn’t want to put it down.”
—Diane Haeger, author of The Perfect Royal Mistress
Read More