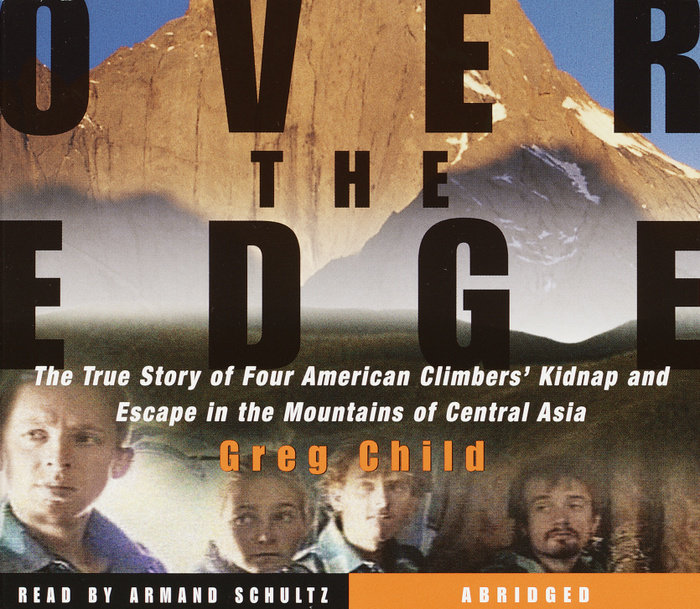 Written by: Greg Child
Read by: Aramand Schultz
4 Hours and 53 Minutes Imprint: Random House Audio Genre: True Crime - Organized Crime Release Date: April 02, 2002
“The climbers swept up in the events of August 2000 are people little different from the rest of us. Though their climbing skills taught them a thing or two about survival, it was their individual characters and their compassion for one another that kept them alive. Like anyone who has witnessed warfare and death, they feel pain over the memories that they recount in this story. It is their hope that others may learn from their experience.” —from the Introduction

Before dawn on August 12, 2000, four of America’s best young rock climbers, the oldest of them only twenty-five, were sleeping in their portaledges high on the Yellow Wall, in the Pamir-Alai mountain range of Kyrgyzstan, in central Asia. By daybreak, they would be taken at gunpoint by fanatical militants of the Islamic Movement of Uzbekistan (IMU), which operates out of secret bases in Tajikistan and Afghanistan, and which is linked to Osama bin Laden’s Al Qaeda network. The desperadoes—themselves barely out of their teens—intended to use their hostages as human shields and for ransom as they moved across Kyrgyzstan. They hid the climbers by day and marched them by night through freezing, treacherous mountains, with little food, no clean water, and the constant threat of execution. The four would see a fellow hostage, a Kyrgyz soldier, executed before their eyes. And in a remarkable life-and-death crucible over six terrifying days, they would be forced to choose between saving their own lives and committing an act none of them thought they ever could.

In Over the Edge, the four climbers—Jason “Singer” Smith, John Dickey, Tommy Caldwell, and Beth Rodden—finally tell the complete story of their nightmarish ordeal. In riveting detail, author Greg Child re-creates the entire hour-by-hour drama, from the first ricocheting bullets to the climactic and agonizing decision the climbers had to make in order to gain their freedom and survival. Set in a powder-keg region of narcotics trafficking and terrorism, this is a deeply compelling book about loyalty and the unshakeable human will to survive.
Read More