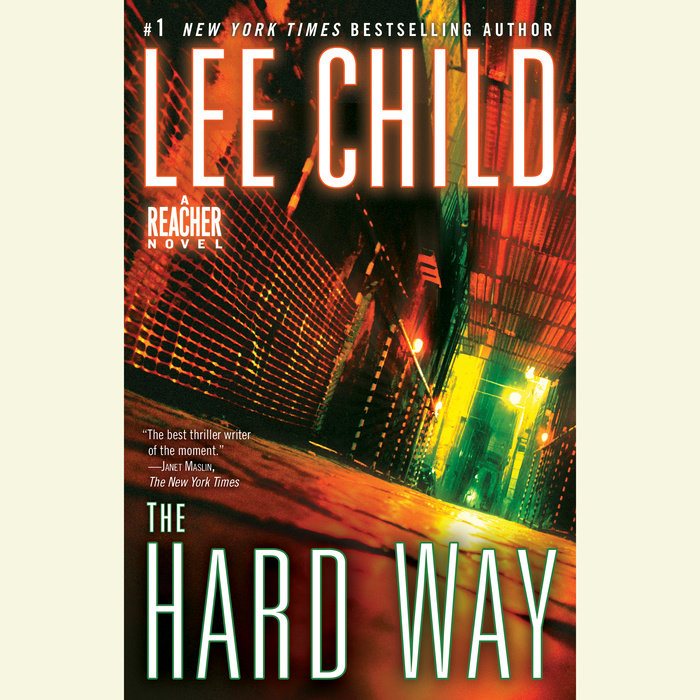 Jack Reacher was alone, the way he liked it, soaking up the hot, electric New York City night, watching a man cross the street to a parked Mercedes and drive it away. The car contained one million dollars in ransom money because Edward Lane, the man who paid it, would do anything to get his family back.

Lane runs a highly illegal soldiers-for-hire operation. He will use any tool to find his beautiful wife and child. And Jack Reacher is the best manhunter in the world.

On the trail of vicious kidnappers, Reacher learns the chilling secrets of his employer’s past . . . and of a horrific drama in the heart of a nasty little war. He knows that Edward Lane is hiding something. Something dirty. Something big. But Reacher also knows this: He’s already in way too deep to stop now. And if he has to do it the hard way, he will.
Read More
“A Reacher novel is the closest thing to guaranteed joy short of a honeymoon.”—Rocky Mountain News

“In The Hard Way, Reacher is better than ever.”—Contra Costa Times

“[Fans] will find themselves hanging onto their armchairs for dear life. The Hard Way is a breathless, well-paced thriller.”—Denver Post

“Nine red-hot books ago, Lee Child concocted the rough, tough Superman of the crime-busting genre, as smart and charismatic as he is unbeatable. And then Mr. Child broke the mold. Early next week (why delay good news?), Reacher returns in this series' 10th installment, The Hard Way. It's one more labyrinthine story that takes off like a shot: as usual, Mr. Child has you at hello.”—Janet Maslin, The New York Times