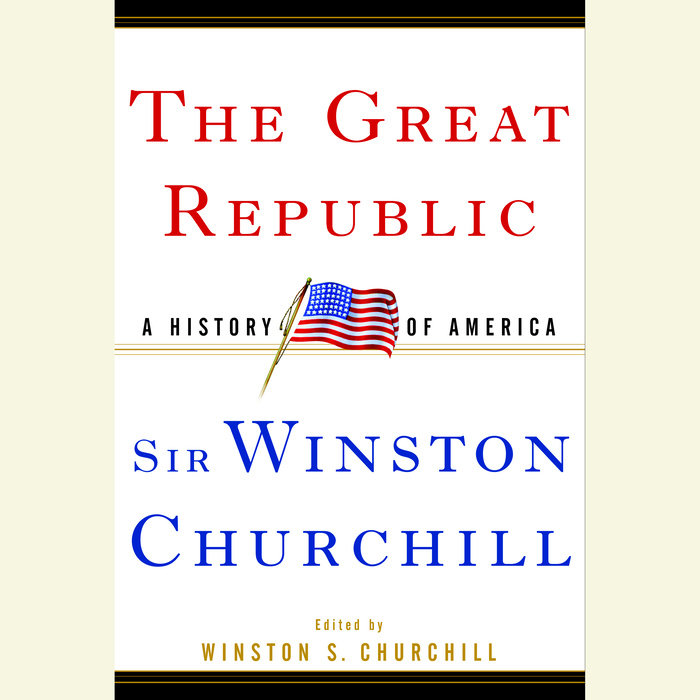 Written by: Winston S. Churchill
Read by: Winston S. Churchill
6 Hours and 17 Minutes Imprint: Random House Audio Genre: History - United States - General Release Date: July 05, 2000
The Great Republic is Sir Winston Churchill's personal vision of American history, from the arrival of the first European settlers to the dawn of the Cold War, edited by his grandson, the historian and journalist Winston S. Churchill. The book is a magnificent retelling of the American story, including some of the best short histories of the   Revolutionary War and the Civil War ever written. The bulk of this book, America's history up to the twentieth century, has until now been found only within Churchill's much longer four-volume A History of the English-Speaking Peoples, for which he was awarded the Nobel Prize for literature in 1953. The chapters on America from that larger work have been knit together into a whole, and to them Winston S. Churchill has added essays and speeches of his grandfather's, many never before published in book form, to bring the book up to the mid-twentieth   century.

Sir Winston Churchill's renown as a statesman has tended to overshadow his great gifts as a historian. History was the work of his heart's delight, and few subjects were dearer to him than America. His mother, Jennie Jerome, was American, and all of his life Churchill harbored a deep warmth of feeling for this country and a sense of its special destiny. With fondness, he called America "the Great Republic," and in his later years he trained all of his powers on the history this book contains. The Great Republic is stirring in its sweep and breathtaking in the flash and vigor of its insights. Only an author with Sir Winston Churchill's special perspective on America, his experience as a leader and strategist, his intimacy with the responsibilities of guiding a nation, and his great gifts as a narrative historian could have written a book that lays out America's history, character, and destiny with this book's special brilliance.

Statesman and historian Sir Winston Churchill led Great Britain through the Second World War as prime minister. He was the author of forty-two books, including the six-volume history The Second World War, which was chosen by the National Review as the nonfiction "book of the century."
Read More
"In this absorbing volume, skillfully culled by his grandson from      Winston Churchill's vast literary output, the greatest Englishman of the twentieth century paints with surpassing elegance his        portrait of American history and the American character. This is    a good book to read--and a book to savor."
--Arthur Schlesinger, Jr.

"This excellent volume gives the gist of all Winston Churchill's  writings and observations about American history. It is a wonderful read for Americans, and tells them a great deal about their country which many of them do not know and ought to know."
--Paul Johnson, author of A History of the American People
Read More