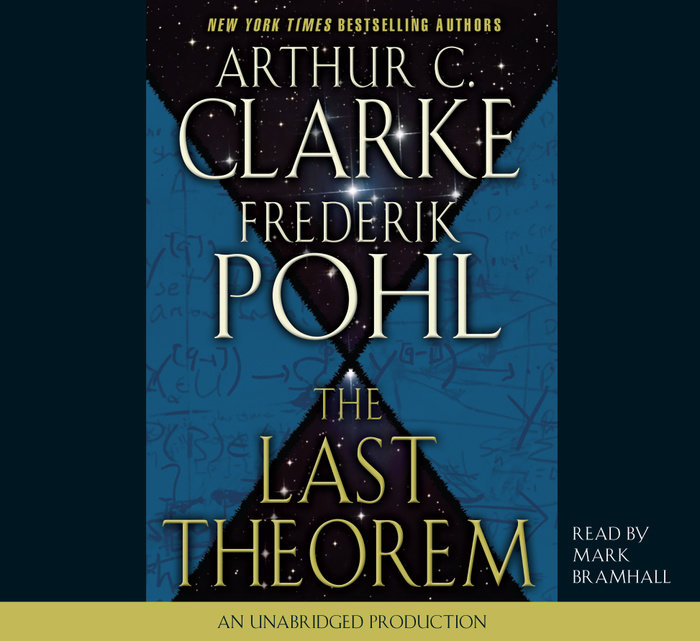 The Last Theorem is a story of one man’s mathematical obsession, and a celebration of the human spirit and the scientific method. It is also a gripping intellectual thriller in which humanity, facing extermination from all-but-omnipotent aliens, the Grand Galactics, must overcome differences of politics and religion and come together . . . or perish.

In 1637, the French mathematician Pierre de Fermat scrawled a note in the margin of a book about an enigmatic theorem: “I have discovered a truly marvelous proof of this proposition which this margin is too narrow to contain.” He also neglected to record his proof elsewhere. Thus began a search for the Holy Grail of mathematics–a search that didn’t end until 1994, when Andrew Wiles published a 150-page proof. But the proof was burdensome, overlong, and utilized mathematical techniques undreamed of in Fermat’s time, and so it left many critics unsatisfied–including young Ranjit Subramanian, a Sri Lankan with a special gift for mathematics and a passion for the famous “Last Theorem.”

When Ranjit writes a three-page proof of the theorem that relies exclusively on knowledge available to Fermat, his achievement is hailed as a work of genius, bringing him fame and fortune. But it also brings him to the attention of the National Security Agency and a shadowy United Nations outfit called Pax per Fidem, or Peace Through Transparency, whose secretive workings belie its name. Suddenly Ranjit–together with his wife, Myra de Soyza, an expert in artificial intelligence, and their burgeoning family–finds himself swept up in world-shaking events, his genius for abstract mathematical thought put to uses that are both concrete and potentially deadly.

Meanwhile, unbeknownst to anyone on Earth, an alien fleet is approaching the planet at a significant percentage of the speed of light. Their mission: to exterminate the dangerous species of primates known as homo sapiens.
Read More
Praise for Arthur C. Clarke

“A master at describing the wonders of the material universe in sentences that combine a respect for scientific accuracy with an often startling lyricism.”
–The New York Times

“Pohl belongs to a generation of classic science fiction practitioners, an editor and writer who not only witnessed science fiction’s maturation but also did his fair share in changing the baby’s diapers and teaching it to ride that first bike.”
–Los Angeles Times
Read More 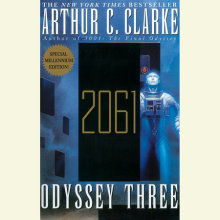