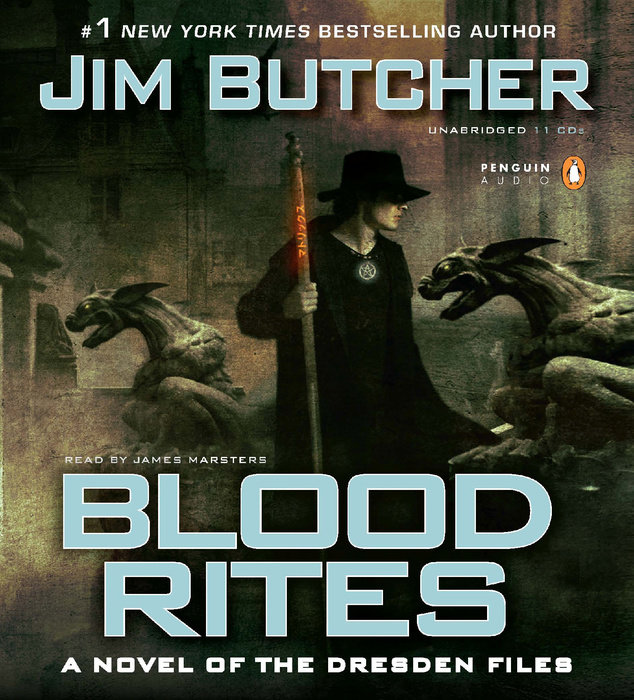 Written by: Jim Butcher
Read by: James Marsters
13 Hours and 5 Minutes Imprint: Penguin Audio Genre: Fiction - Fantasy - Paranormal Release Date: April 15, 2010
In this novel in the #1 New York Times bestselling Dresden Files, Chicago's only professional wizard takes on a case for a vampire and becomes the prime suspect in a series of ghastly murders.

Harry Dresden has had worse assignments than going undercover on the set of an adult film. Like fleeing a burning building full of enraged demon-monkeys, for instance. Or going toe-to-leaf with a walking plant monster. Still, there’s something more troubling than usual about his newest case. The film’s producer believes he’s the target of a sinister curse—but it’s the women around him who are dying, in increasingly spectacular ways.

Harry’s doubly frustrated because he only got involved with this bizarre mystery as a favor to Thomas—his flirtatious, self-absorbed vampire acquaintance of dubious integrity. Thomas has a personal stake in the case Harry can’t quite figure out, until his investigation leads him straight to the vampire’s oversexed, bite-happy family. Now, Harry’s about to discover that Thomas’ family tree has been hiding a shocking secret: a revelation that will change Harry’s life forever.
Read More
Praise for the Dresden Files