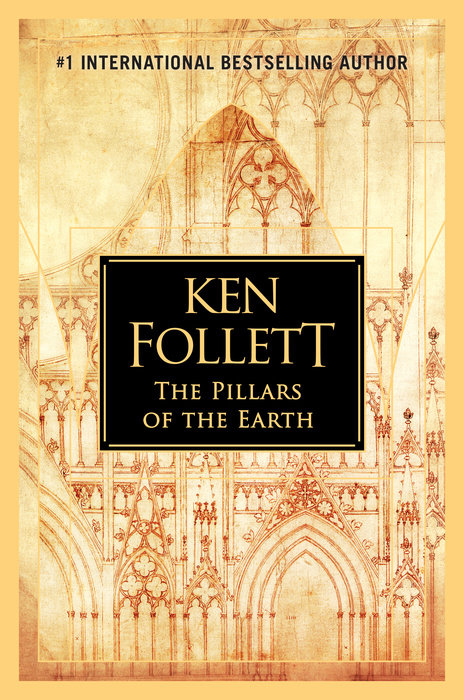 “Follett risks all and comes out a clear winner,” extolled Publishers Weekly on the release of The Pillars of the Earth. A departure for the bestselling thriller writer, the historical epic stunned readers and critics alike with its ambitious scope and gripping humanity. Today, it stands as a testament to Follett’s unassailable command of the written word and to his universal appeal.

The Pillars of the Earth tells the story of Philip, prior of Kingsbridge, a devout and resourceful monk driven to build the greatest Gothic cathedral the world has known . . . of Tom, the mason who becomes his architect—a man divided in his soul . . . of the beautiful, elusive Lady Aliena, haunted by a secret shame . . . and of a struggle between good and evil that will turn church against state, and brother against brother.

Praise for The Pillars of the Earth

"Enormous and brilliant . . . a great epic tale . . . crammed with characters unbelievably alive across the great gulf of centuries . . . touches all human emotion—love and hate, loyalty and treachery, hope and despair. See for yourself. This is truly a novel to get lost in." —Cosmopolitan

"Wonderful . . . will hold you, fascinate you, surround you." —Chicago Sun-Times

"With this book, Follett risks all and comes out a clear winner . . . a historical novel of gripping readability, authentic atmosphere, and memorable characterization. Beginning with a mystery that casts its shadow, the narrative is a seesaw of tension, suspense, impeccable pacing . . . action, intrigue, violence, passion, greed, bravery, dedication, revenge, and love. A love that entertains, instructs, and satisfies on a grand scale." —Publishers Weekly

"An extraordinary epic buttressed by suspense . . . a mystifying puzzle involving the execution of an innocent man . . . the erection of a magnificent cathedral . . . romance, rivalry, and spectacle. A monumental masterpiece . . . a towering triumph from a major talent." —Booklist