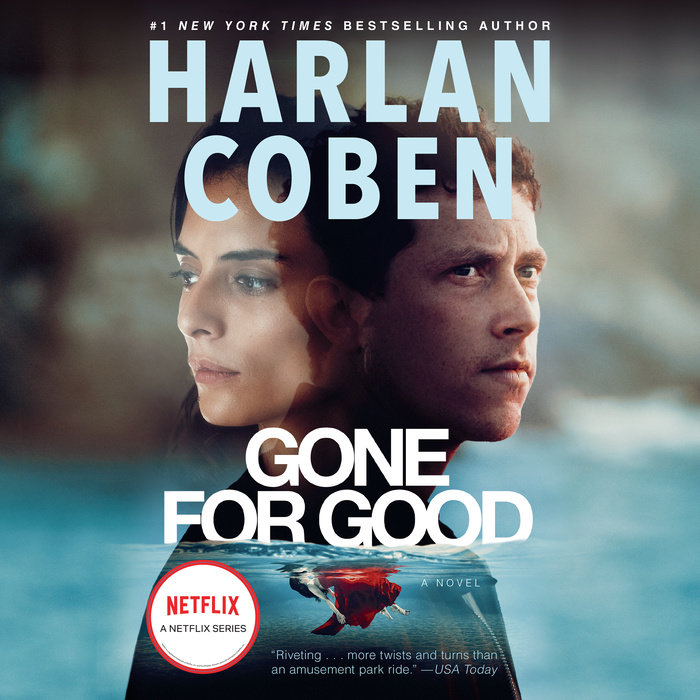 Harlan Coben earned the raves of critics everywhere for his New York Times bestselling thriller, Tell No One, hailed as “pulse-pounding” (People), “compelling and original” (Los Angeles Times), and “a thriller of runaway tension” (Iris Johansen). Now, in a bold new novel, Coben continues to stake out new ground in suspense, unleashing a haunting tale of secrets and betrayal...and of one man’s search for his missing brother that spirals into a breakneck hunt for a killer, a victim, and the truth.

As a boy, Will Klein had a hero: his older brother, Ken. Then, on a warm suburban night in the Kleins’ affluent New Jersey neighborhood, a young woman--a girl Will had once loved--was found raped and murdered in her family’s basement.

The prime suspect: Ken Klein. With the evidence against him overwhelming, Ken simply vanished, spending the next decade as the elusive subject of rumors, speculation, and an international manhunt. When his shattered family never heard from Ken again, they were sure he was gone for good.

Now eleven years have passed. And Will, who always believed in his brother’s innocence, has found evidence that Ken is alive--even as he is struck by another act of betrayal. His girlfriend suddenly disappears, leaving behind compelling evidence that she was not the person Will thought she was. As two dark dramas unwind around him, Will is pulled into a violent mystery, haunted by signs that Ken is trying to contact him after all these years. Will can feel himself coming closer and closer to his brother . . . and to a terrible secret that someone will kill to keep buried. And as the lies begin to unravel, Will is uncovering startling truths about his lover, his brother, and even himself. He knows he must press his search all the way to the end. Because the most powerful revelations are yet to come....

Gone for Good is at once a powerhouse of suspense and a haunting tale of love--the love between brothers, between lovers, between family members. It is one of those rare thrillers that not only make the pulse pound, but stir the heart as well.
Read More
Praise for Harlan Coben's New York Times Bestseller

“A thriller of runaway tension...Masterful suspense and explosive twists of fate.”
-Iris Johansen

“In this pulse-pounding hunt, Harlan Cobenlayers secret upon secret, crisscrossing years and crime scenes...a beach-read so gripping it ought to come with a jumbo tube of sunscreen...bottom line: tell everyone.”
-People

“Tell No One rocks the house. My head felt like a pretzel by the time i was done because i never, not once, saw where the book was going until Coben wanted me to. an exhilarating, bang-up, porsche turbo of a novel that you absolutely will not put down.”
-Dennis Lehane

“I forced myself to read slowly. I wanted to savor every clue, every detail, and I never wanted it to end. There are numerous aspects to the clincher ending, with surprises in store for the reader until the very last page.”
-USA Today

“This is suspense at its finest--gut-wrenching thrills and honest, heart-tugging emotion. A big book in every sense of the word, Tell No One speeds along at such a breakneck pace that we have to remind ourselves continually to slow down and savor the writing--and Coben's marvelous characters.”
-Jeffery Deaver