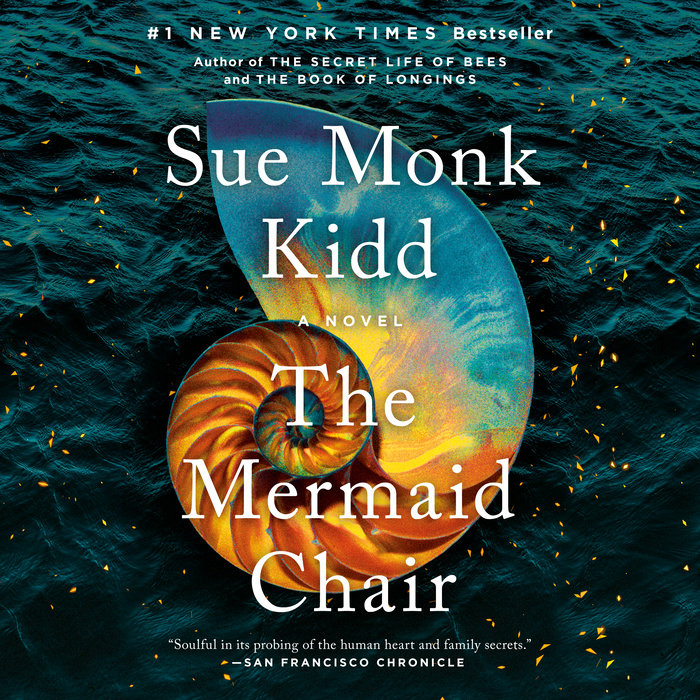 Inside the church of a Benedictine monastery on Egret Island, just off the coast of South Carolina, resides a beautiful and mysterious chair ornately carved with mermaids and dedicated to a saint who, legend claims, was a mermaid before her conversion.

When Jessie Sullivan is summoned home to the island to cope with her eccentric mother’s seemingly inexplicable behavior, she is living a conventional life with her husband, Hugh, a life “molded to the smallest space possible.” Jessie loves Hugh, but once on the island, she finds herself drawn to Brother Thomas, a monk about to take his final vows. Amid a rich community of unforgettable island women and the exotic beauty of marshlands, tidal creeks, and majestic egrets, Jessie grapples with the tension of desire and the struggle to deny it, with a freedom that feels overwhelmingly right, and with the immutable force of home and marriage.

"Book clubs, start your engines. Sue Monk Kidd's first novel, The Secret Life of Bees, has sold 3 million copies since 2002.…Those are big shoes to fill, but Kidd acquits herself admirably with The Mermaid Chair….Both novels drip with vivid images of hot Southern afternoons, droning insects, swooping birds and oases in which nature is the fabric of life. It is a tapestry strengthened by bonds between women that bridge pain and loss. Most important, both have passages of beautiful writing… Kidd wrote two well-received memoirs before turning to fiction. But perhaps the answer ultimately given by The Mermaid Chair is that a storyteller also can change course and come of age in the middle of her life."—USA Today

"(A) rewarding second novel by the author of the bestselling Secret Life of Bees. Writing from the perspective of conflicted, discontented Jessie, Kidd achieves a bold intensity and complexity that wasn't possible in The Secret Life of Bees, narrated by teenage Lily. Jessie's efforts to cope with marital stagnation; Whit's crisisof faith; and Nelle's tormented reckoning with the past will resonate with many readers. This emotionally rich novel, full of sultry, magical descriptions of life in the South, is sure to be another hit for Kidd." —Publisher's Weekly, starred review

"Compelling reading.... The writing is soulful in its probing of the human heart and family secrets."—The San Francisco Chronicle

"Secrets are told. Mysteries are revealed. In one rich and satisfying gush…, Jessie reevaluates just about every aspect of her life: her husband, her lover, her mother, her artwork, the death of her father decades ago, and most of all herself... Rewarding."—Milwaukee Journal-Sentinel

"If [The Secret Life of] Bees was a girl’s coming-of-age novel, [The Mermaid] Chair is a woman’s coming-of-middle-age novel….The prose thrilled me. Kidd can really turn a phrase and her descriptions of nature’s archetypal elements are magnificent."—The Philadelphia Inquirer

"A woman at life's crossroads, a parent’s tragic death and a strong, if eccentric circle of women. Stir in a forbidden love, and the pages all but turn themselves."—Parade

"Kidd grabs you from the first sentence of The Mermaid’s Chair. It is a satisfying tale that balances Southern gothic…[with] wish-fulfillment romance and a down-to-earth dissection of family problems. Sue Monk Kidd is a high-end practitioner of Ya-Ya-ism, with a lucid prose style and a fine sense of story. ... A good read."—The Atlanta Journal-Constitution

"Kidd's second offering is just as gracefully written as her first and possesses an equally compelling story. It should appeal to the many readers who made her first novel a hit with book clubs."—Booklist

"Fans of Sue Monk Kidd’s best-selling debut novel, The Secret Life of Bees, will be equally enamored with her beguiling sophomore effort....Reconciling the spiritual with the human, The Mermaid Chair is a captivating metaphorical and sensual journey into one woman’s soul. Weaving enduring folklore about the seductive and transformative power of mermaids into a modern-day tale of rebirth, the novel shows us that sometimes we need to swim out to sea for the currents to carry us back home."—Book Page

"It’s hard to put this book down for little things like sleeping and eating."—Elle

"A well-told tale about marriage, mystery – and mermaids....Kidd writes at a deeper emotional level than she did in the fabulously popular Bees. Her characters are more tormented, more complex, in their processes of coming unwound and then healing….Yet it is also a quite powerful feminist statement, and can be savored strictly on the basis of Kidd’s beautiful use of language....The Mermaid Chair is a multidimensional pleasure."—Fort Worth Star-Telegram

"Kidd’s greatest strength as a writer is her sensuous, evocative prose. Egret Island is alive with its scent of salted air, old crab pots, bulling gumbo. The novel is also full, dense with symbolism, from the recurrent motif of the mermaid, diving deep and surfacing, to images of baptism, birds, rebirth. And Kidd continues to emphasize her central insights into the power of secrets to fester, the healing force of honesty and the significance of communities of independent but interwoven women, open to reconfigured rituals of grace….Kidd suggests that to merge body and soul just might enlarge a sense of what it is to be religious and to be married."—Pittsburgh Post Gazette

"Kidd draws on her extensive knowledge of theology and mythology in this insightful book about the passions and desires of body and soul. Kidd. . . slowly and carefully unveils her story about the meaning of love, the necessity of risk, and the power of forgiveness."—Orlando Sentinel

"The steady pulse of Kidd's writing pushes this narrative from heart-throbber to soul-searcher."—Boston Herald

"Kidd’s sparkling imagery in The Mermaid Chair surpasses her efforts in [The Secret Life of] Bees and helps morph a simple story into something approaching myth....What keeps Kidd…flying high is her abiding sense of humor (her characters are really “characters”), an earthbound understanding of the ebb and flow of life, and her studious attention to the great metaphors of life."—Santa Cruz Sentinel

"This lush follow-up finds Kidd asking even bigger questions with the story of a woman whose life and marriage have grown increasingly stale."—Breathe

"[An] illuminating investigation of midlife malaise...The Mermaid Chair honors those who conjure up the courage to rediscover and recommit to their life passions." —The Seattle Times

"Those who fell in love with Kidd’s first novel will find pleasure here."—The Oregonian

"It takes a rare and mysterious novel to speak to our souls in so many ways that we return to the book again and again for refreshment and renewal. Sue Monk Kidd created that kind of magic in The Secret Life of Bees, and her new novel promises to have the same effect….The Mermaid Chair will lure you into its warm embrace if you have experienced a deep sense of loss in your life that will not let you go. It will appeal to your yearning for a close encounter with grace. It will enchant that secret part of you that loves mermaids and saints. It will touch all those who struggle with the Sacred Feminine in all her incarnations."—Spirituality and Health Review

"As a stylist, Kidd is in firm command of her subje 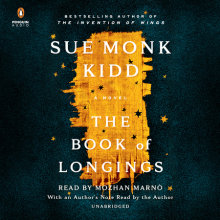 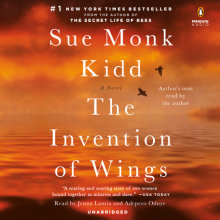 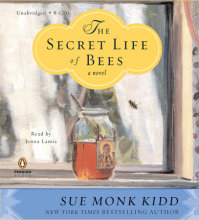 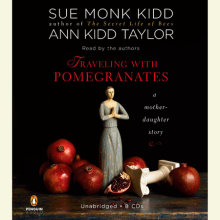