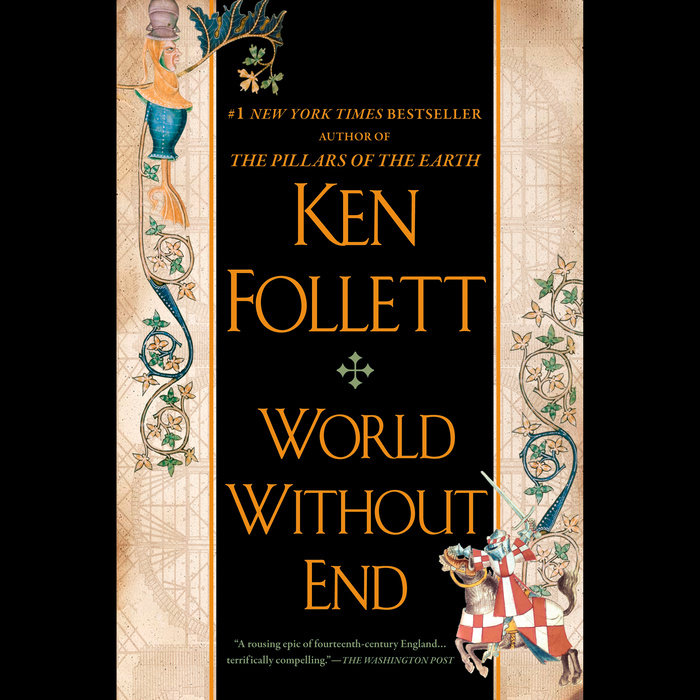 Written by: Ken Follett
Read by: John Lee & Richard E. Grant
45 Hours and 34 Minutes Imprint: Penguin Audio Genre: Fiction - Historical - General Release Date: October 09, 2007
In 1989 Ken Follett astonished the literary world with The Pillars of the Earth, a sweeping epic novel set in twelfth-century England centered on the building of a cathedral and many of the hundreds of lives it affected. Critics were overwhelmed—“it will hold you, fascinate you, surround you” (Chicago Tribune)—and readers everywhere hoped for a sequel.

World Without End takes place in the same town of Kingsbridge, two centuries after the townspeople finished building the exquisite Gothic cathedral that was at the heart of The Pillars of the Earth. The cathedral and the priory are again at the center of a web of love and hate, greed and pride, ambition and revenge, but this sequel stands on its own. This time the men and women of an extraordinary cast of characters find themselves at a crossroad of new ideas— about medicine, commerce, architecture, and justice. In a world where proponents of the old ways fiercely battle those with progressive minds, the intrigue and tension quickly reach a boiling point against the devastating backdrop of the greatest natural disaster ever to strike the human race—the Black Death.

Three years in the writing, and nearly eighteen years since its predecessor, World Without End breathes new life into the epic historical novel and once again shows that Ken Follett is a masterful author writing at the top of his craft.
Read More
“[A] well-researched, beautifully detailed portrait of the late Middle Ages . . . Follett’s no-frills prose does its job, getting smoothly through more than a thousand pages of outlaws, war, death, sex, and politics to end with an edifice that is as well constructed and solid as Merthin’s bridge.” —The Washington Post

“Follett tells a story that runs the gamut of life in the Middle Ages, and he does so in such a way that we are not only captivated but also educated. What else could you ask for?” —The Denver Post

“So if historical fiction is your meat, here’s a rare treat. A feast of conflicts and struggles among religious authority, royal governance, the powerful unions (or guilds) of the day, and the peasantry . . . With World Without End, Follett proves his Pillars may be a rarity, but it wasn’t a fluke.” —New York Post

“A work that stands as something of a triumph of industry and professionalism.”—The Guardian (UK)

“The four well-drawn central characters will captivate readers as they prove to be heroic, depraved, resourceful, or mean. Fans of Follett’s previous medieval epic will be well rewarded.” —The Union (CA)

“Populated with an immense cast of truly remarkable characters . . . this is not a book to be devoured in one sitting, tempting though that might be, but one to savor for its drama, depth, and richness.” —Library Journal 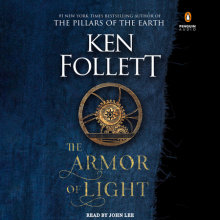