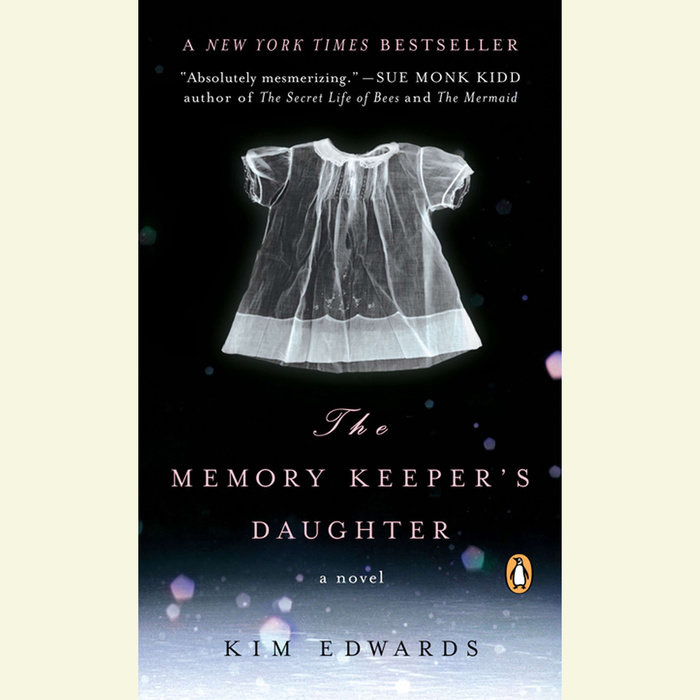 Kim Edwards’s stunning novel begins on a winter night in 1964 in Lexington, Kentucky, when a blizzard forces Dr. David Henry to deliver his own twins. His son, born first, is perfectly healthy, but the doctor immediately recognizes that his daughter has Down syndrome. Rationalizing it as a need to protect Norah, his wife, he makes a split second decision that will alter all of their lives forever. He asks his nurse, Caroline, to take the baby away to an institution and never to reveal the secret. Instead, she disappears into another city to raise the child herself. So begins this beautifully told story that unfolds over a quarter of a century—in which these two families, ignorant of each other, are yet bound by the fateful decision made that winter night long ago.

A family drama, The Memory Keeper’s Daughter explores every mother's silent fear: What would happen if you lost your child and she grew up without you? It is also an astonishing tale of love and how the mysterious ties that hold a family together help us survive the heartache that occurs when long-buried secrets are finally uncovered.
Read More
“The Memory Keeper’s Daughter unfolds from an absolutely mesmerizing premise, drawing you deeply and irrevocably into the entangled lives of two families and the devastating secret that shapes them both. I loved this riveting story with its intricate characters and beautiful language.”
—Sue Monk Kidd


“In The Memory Keeper’s Daughter, Kim Edwards has created a tale of regret and redemption . . . of characters haunted by their past. Crafted with language so lovely you have to reread the passages just to be captivated all over again . . . simply a beautiful book.”
—Jodi Picoult


“Anyone would be struck by the extraordinary power and sympathy of The Memory Keeper’s Daughter.”
—The Washington Post