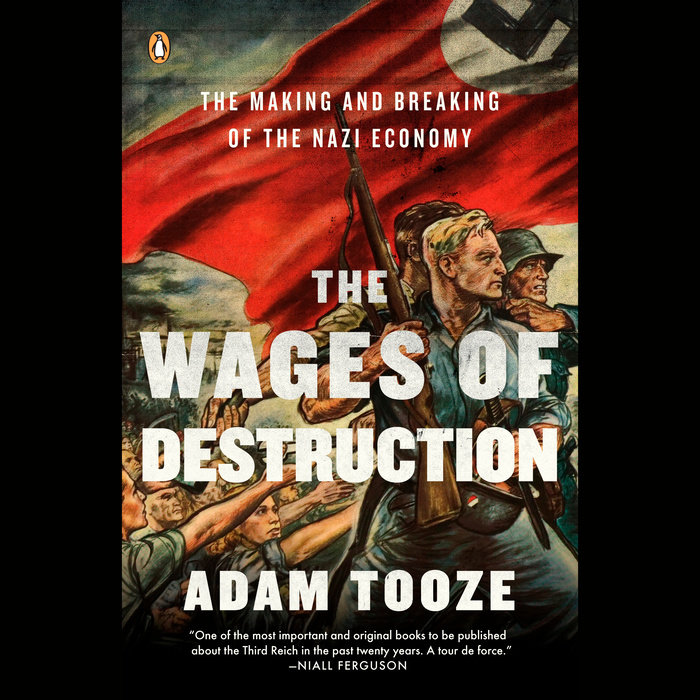 An extraordinary mythology has grown up around the Third Reich that hovers over political and moral debate even today. Adam Tooze's controversial book challenges the conventional economic interpretations of that period to explore how Hitler's surprisingly prescient vision--ultimately hindered by Germany's limited resources and his own racial ideology--was to create a German super-state to dominate Europe and compete with what he saw as America's overwhelming power in a soon-to- be globalized world. The Wages of Destruction is a chilling work of originality and tremendous scholarship that set off debate in Germany and will fundamentally change the way in which history views the Second World War.

* This audiobook contains a downloadable PDF of tables and figures from the book.
Read More
"One of the most important and original books to be published about the Third Reich in the past twenty years. A tour de force."
-Niall Ferguson

"Tooze has produced the most striking history of German strategy in the Second World War that we possess. This is an extraordinary achievement, and it places Adam Tooze in a very select company of historians indeed ... Tooze has given us a masterpiece which will be read, and admired; and it will stimulate others for a long time to come."
-Nicholas Stargardt, History Today

"It is among Adam Tooze's many virtues, in "The Wages of Destruction: The Making and Breaking of the Nazi Economy," that he can write about such matters with authority, explaining the technicalities of bombers and battleships. Hovering over his chronicle are two extraordinary questions: how Germany managed to last as long as it did before the collapse of 1945 and why, under Hitler, it thought it could achieve supremacy at all."
-Norman Stone, The Wall Street Journal

"Virtually every page of his book contains something new and thought-provoking, making the whole an impressive achievement, in which original research has been combined with critical scrutiny of a vast literature that seems ripe for such a re-examination."
-Michael Burleigh, The Sunday Times (London)

"A magnificent demonstration of the explanatory power of economic history."
-The Times (London)

"Masterful . . . Tooze has added his name to the roll call of top-class scholars of Nazism."
-Financial Times
Read More 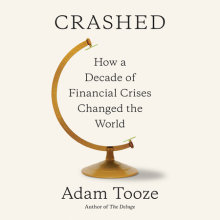