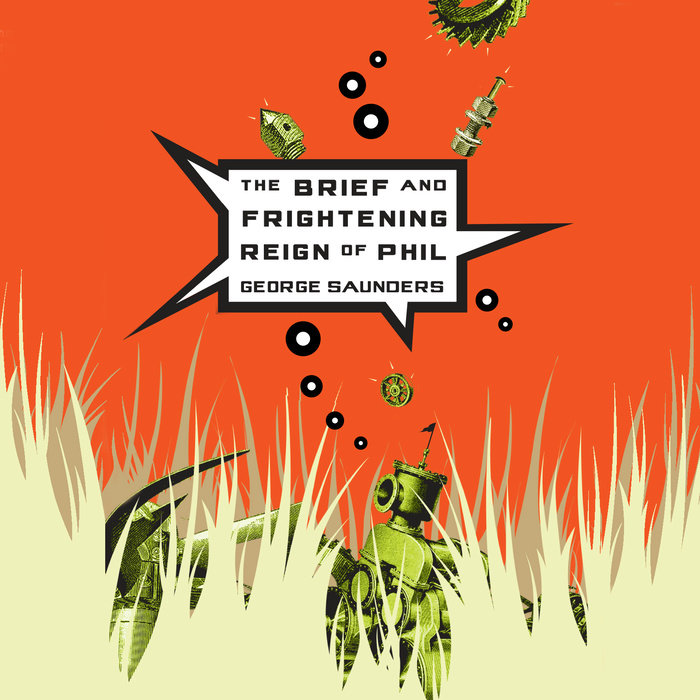 In a profoundly strange country called Inner Horner, large enough for only one resident at a time, citizens waiting to enter the country fall under the rule of the power-hungry and tyrannical Phil, setting off a chain of injustice and mass hysteria.

An Animal Farm for the 21st century, this is an incendiary political satire of unprecedented imagination, spiky humor, and cautionary appreciation for the hysteric in everyone. Over six years in the writing, and brilliantly and beautifully packaged, this novella is Saunders' first stand-alone, book-length work—and his first book for adults in five years.

Includes an original song by the author.
“The Phil Stomp” was written and performed by George Saunders, and recorded, mixed, and mastered by Peter Coleman at Indigital Studios in Santa Cruz, California.

"An astoundingly tuned voice—graceful, dark, authentic, and funny—telling just the kinds of stories we need to get us through these times."—Thomas Pynchon

"Mr. Saunders writes like the illegitimate offspring of Nathanael West and Kurt Vonnegut. His satiric vision of America is dark and demented; it is also ferocious and very funny."—Michiko Kakutani, The New York Times

"A master of distilling the disorders of our time into fiction."—Salon.com
Read More