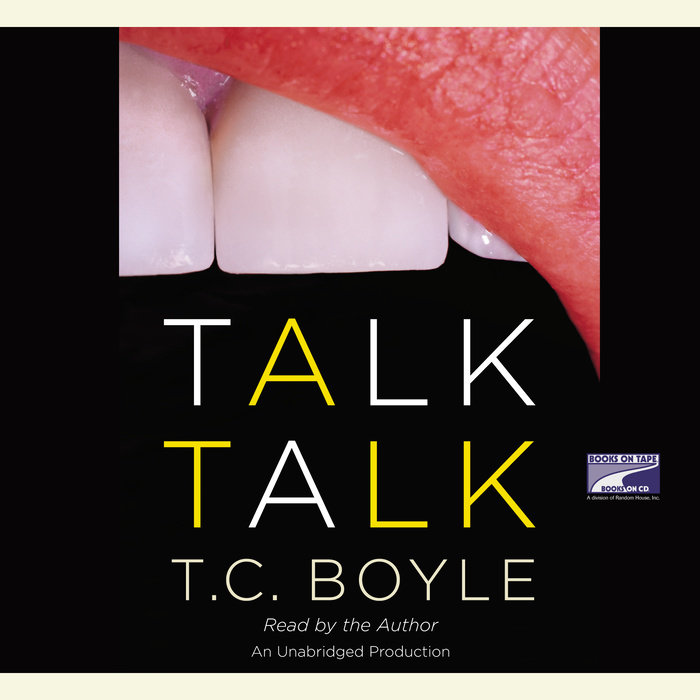 The first time he saw Dana she was dancing barefoot, her hair aflame in the red glow of the club, her body throbbing with rhythms and cross-rhythms that only she could hear. He was mesmerized. That night they were both deaf, mouthing to each other over the booming bass. And it was not until their first date, after he had agonized over what CD to play in the car, that Bridger learned that her deafness was profound and permanent. By then he was falling in love.

Now she is in a courtroom, her legs shackled, as a list of charges is read out. She is accused of assault with a deadly weapon, auto theft and passing bad checks, among other things. Clearly there has been a terrible mistake. A man–his name is William “Peck” Wilson, as Dana and Bridger eventually learn–has been living a blameless life of criminal excess at her expense. And as Dana and Bridger set out to find him, they begin to test to its very limits the life they have begun to build together.

TALK, TALK is both a suspenseful chase across America and a moving story about language, love and identity, from one of America’s most versatile and entertaining novelists.
Read More
[BoyleÆs] most exciting novel yet. (The Washington Post, front page review)
Read More