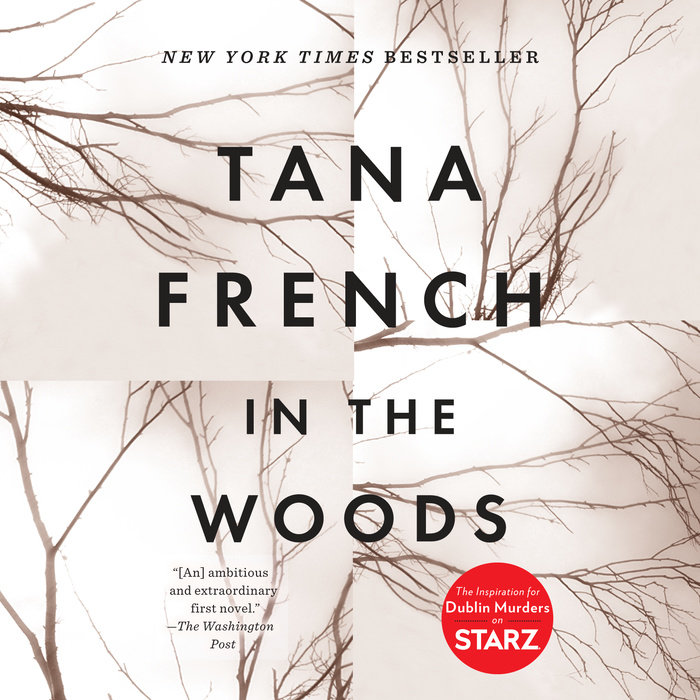 Written by: Tana French
Read by: Steven Crossley
20 Hours and 27 Minutes Imprint: Penguin Audio Genre: Fiction - Thrillers - Suspense Release Date: May 17, 2007
Macavity AwardBarry AwardEdgar Allan Poe Award for Best NovelAnthony Award
The bestselling debut, with over a million copies sold, that launched Tana French, author of the forthcoming novel The Searcher and “the most important crime novelist to emerge in the past 10 years” (The Washington Post).

Now airing as a Starz series.

As dusk approaches a small Dublin suburb in the summer of 1984, mothers begin to call their children home. But on this warm evening, three children do not return from the dark and silent woods. When the police arrive, they find only one of the children gripping a tree trunk in terror, wearing blood-filled sneakers, and unable to recall a single detail of the previous hours.

Twenty years later, the found boy, Rob Ryan, is a detective on the Dublin Murder Squad and keeps his past a secret. But when a twelve-year-old girl is found murdered in the same woods, he and Detective Cassie Maddox—his partner and closest friend—find themselves investigating a case chillingly similar to the previous unsolved mystery. Now, with only snippets of long-buried memories to guide him, Ryan has the chance to uncover both the mystery of the case before him and that of his own shadowy past.

Richly atmospheric and stunning in its complexity, In the Woods is utterly convincing and surprising to the end.
Read More
"[An] ambitious and extraordinary first novel...rank it high."
—The Washington Post

“In the Woods is as creepily imaginative as it gets.”
—USA Today

“Drawn by the grim nature of her plot and the lyrical ferocity of her writing, even smart people who should know better will be able to lose themselves in these dark woods.”
—The New York Times Book Review

“When you read Ms. French — and she has become required reading for anyone who appreciates tough, unflinching intelligence and ingenious plotting — make only one assumption: All of your initial assumptions are wrong”
—The New York Times

“French is a poet of mood and a master builder of plots.” ­
—The Washington Post

“One of the most distinct and exciting new voices in crime writing.”
—The Wall Street Journal

“French does something fresh with every novel, each one as powerful as the last but in a very different manner. Perhaps she has superpowers of her own? Whatever the source of her gift, it’s only growing more miraculous with every book.”
—Salon.com
Read More