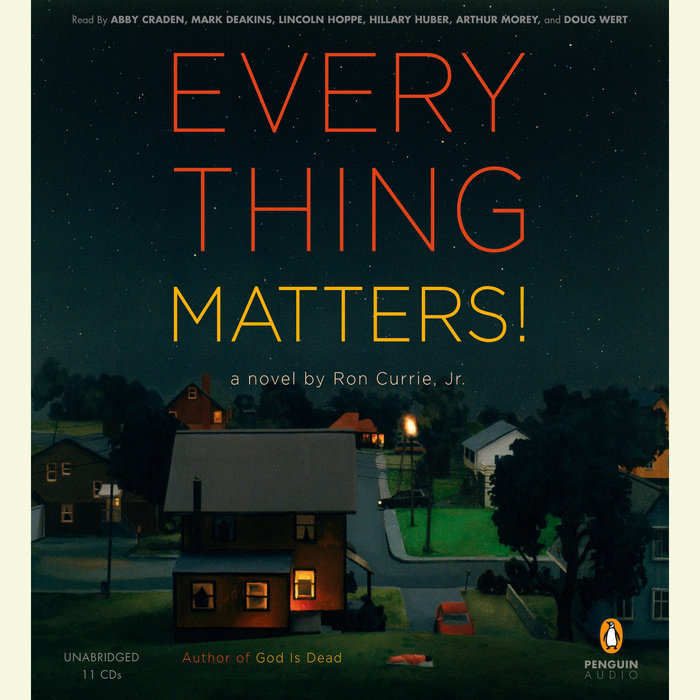 Written by: Ron Currie
Read by: Abby Craden, Mark Deakins, Lincoln Hoppe & Hillary Huber
13 Hours Imprint: Penguin Audio Genre: Fiction - Literary Release Date: June 25, 2009
In infancy, Junior Thibodeaux is encoded with a prophesy: a comet will obliterate life on Earth in thirty-six years. Alone in this knowledge, he comes of age in rural Maine grappling with the question: Does anything I do matter? While the voice that has accompanied him since conception appraises his choices, Junior's loved ones emerge with parallel stories-his anxious mother; his brother, a cocaine addict turned pro-baseball phenomenon; his exalted father, whose own mortality summons Junior's best and worst instincts; and Amy, the love of Junior's life and a North Star to his journey through romance and heartbreak, drug-addled despair, and superheroic feats that could save humanity. While our recognizable world is transformed into a bizarre nation at endgame, where government agents conspire in subterranean bunkers, preparing citizens for emigration from a doomed planet, Junior's final triumph confounds all expectation, building to an astonishing and deeply moving resolution. Ron Currie, Jr., gets to the heart of character, and the voices who narrate this uniquely American tour de force leave an indelible, exhilarating impression.
Read More
"Mr. Currie is a startlingly talented writer whose book will pay no heed to ordinary narrative conventions.... He survives the inevitable, apt comparisons to Kurt Vonnegut and writes in a tenderly mordant voice of his own.... Throughout the story there is the sheer delight of Mr. Currie's fresh, joltingly funny imagery.... Above all "Everything Matters!" radiates writerly confidence. The excitement that drives the reader from page to page is not about the characters. It's about seeing what Mr. Currie will try next."
--Janet Maslin, New York Times

"Currie's novel is extraordinary, a lively narrative that slaloms from the exhilerating to the numinous to the achingly sad, all tied together by the author's sharp, funny voice."
--NPR

"Superb. . . Some scenes make you laugh out loud. There are passages of beauty and wicked turns of phrase. . . marvelously, Currie suffuses his unhappy and disparate characters with salvation."
--The Los Angeles Times

"Everything Matters! contains both a declaration of the possibilities of narrative fiction and, above all, a defense of good old-fashioned human resilience in the face of petty distraction and profound horror."
--The Village Voice

"There's something refreshingly youthful about Currie's eagerness to call out big existential questions that most of us have grown too embarrassed or cynical to ask. . . there's nothing predictable about this story, despite its firm ending date, and Currie repeatedly upends our expectations. . . He's writing for the Slaughterhouse-Five kids (you know who you are), people who respond to that quirky mix of dark humor, moral imperative and science fiction."
--The Washington Post
Read More 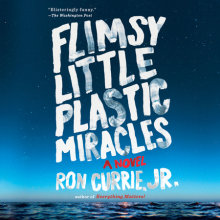