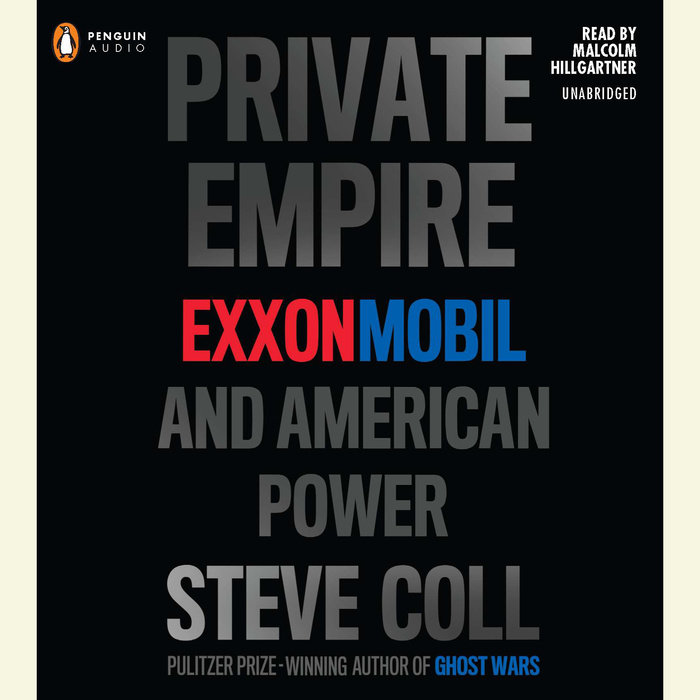 Written by: Steve Coll
Read by: Malcolm Hillgartner
24 Hours and 23 Minutes Imprint: Penguin Audio Genre: Business & Economics - Industries - Natural Resource Extraction Release Date: May 01, 2012
Steve Coll investigates the largest and most powerful private corporation in the United States, revealing the true extent of its power. ExxonMobil’s annual revenues are larger than the economic activity in the great majority of countries. In many of the countries where it conducts business, ExxonMobil’s sway over politics and security is greater than that of the United States embassy. In Washington, ExxonMobil spends more money lobbying Congress and the White House than almost any other corporation. Yet despite its outsized influence, it is a black box.

Private Empire pulls back the curtain, tracking the corporation’s recent history and its central role on the world stage, beginning with the Exxon Valdez accident in 1989 and leading to the Deepwater Horizon oil spill in the Gulf of Mexico in 2010. The action spans the globe, moving from Moscow, to impoverished African capitals, Indonesia, and elsewhere in heart-stopping scenes that feature kidnapping cases, civil wars, and high-stakes struggles at the Kremlin. At home, Coll goes inside ExxonMobil’s K Street office and corporation headquarters in Irving, Texas, where top executives in the “God Pod” (as employees call it) oversee an extraordinary corporate culture of discipline and secrecy.

The narrative is driven by larger than life characters, including corporate legend Lee “Iron Ass” Raymond, ExxonMobil’s chief executive until 2005. A close friend of Dick Cheney’s, Raymond was both the most successful and effective oil executive of his era and an unabashed skeptic about climate change and government regulation.. This position proved difficult to maintain in the face of new science and political change and Raymond’s successor, current ExxonMobil chief executive Rex Tillerson, broke with Raymond’s programs in an effort to reset ExxonMobil’s public image. The larger cast includes countless world leaders, plutocrats, dictators, guerrillas, and corporate scientists who are part of ExxonMobil’s colossal story.

The first hard-hitting examination of ExxonMobil, Private Empire is the masterful result of Coll’s indefatigable reporting. He draws here on more than four hundred interviews; field reporting from the halls of Congress to the oil-laden swamps of the Niger Delta; more than one thousand pages of previously classified U.S. documents obtained under the Freedom of Information Act; heretofore unexamined court records; and many other sources. A penetrating, newsbreaking study, Private Empire is a defining portrait of ExxonMobil and the place of Big Oil in American politics and foreign policy.
Read More
“ExxonMobil has met its match in Coll, an elegant writer and dogged reporter… extraordinary… monumental.”—THE WASHINGTON POST

“Fascinating… Private Empire is a book meticulously prepared as if for trial, a lawyerly accumulation of information that lets the facts speak for themselves… a compelling and elucidatory work.”—BLOOMBERG

"ExxonMobil has cut a ruthless path through the Age of Oil. Yet intense secrecy has kept one of the world's largest companies a mystery, until now. Private Empire: ExxonMobil and American Power is a masterful study of Big Oil's biggest player… Coll's in-depth reporting, buttressed by his anecdotal prose, make Private Empire a must-read. Consider Private Empire a sequel of sorts to The Prize, Daniel Yergin's Pulitzer-winning history of the oil industry… Coll's portrait of ExxonMobil is both riveting and appalling… Yet Private Empire is not so much an indictment as a fascinating look into American business and politics. With each chapter as forceful as a New Yorker article, the book abounds in Dickensian characters.”—SAN FRANCISCO CHRONICLE

"Coll makes clear in his magisterial account that Exxon is mighty almost beyond imagining, producing more profit than any American company in the history of profit, the ultimate corporation in 'an era of corporate ascendancy.' This history of its last two decades is therefore a revealing history of our time, a chronicle of the intersection between energy and politics."—Bill McKibben, NEW YORK REVIEW OF BOOKS 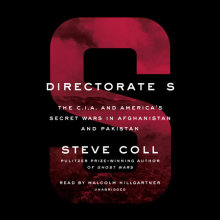 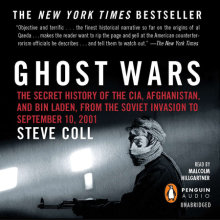