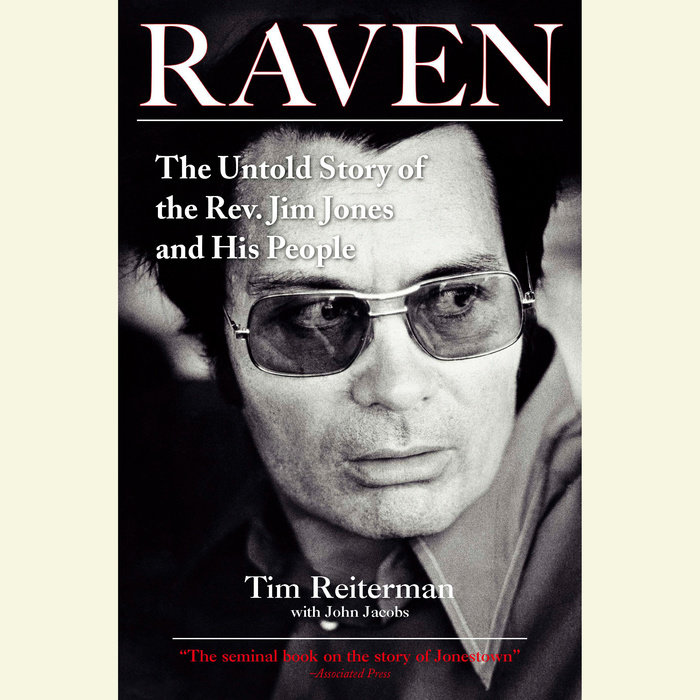 Tim Reiterman’s Raven provides the seminal history of the Rev. Jim Jones, the Peoples Temple, and the murderous ordeal at Jonestown in 1978.

This PEN Award–winning work explores the ideals-gone-wrong, the intrigue, and the grim realities behind the Peoples Temple and its implosion in the jungle of South America. Reiterman’s reportage clarifies enduring misperceptions of the character and motives of Jim Jones, the reasons why people followed him, and the important truth that many of those who perished at Jonestown were victims of mass murder rather than suicide.

This widely sought work is restored to print after many years with a new preface by the author, as well as the more than sixty-five rare photographs from the original volume.

Read More
“The definitive account of the Jonestown massacre; Reiterman was among a group of journalists, concerned relatives and congressional aides to accompany Congressman Leo Ryan on the ill-fated journey to Guyana to survey Jonestown.” –Rolling Stone

“The seminal book on the story of Jonestown.” –Associated Press

“Unquestionably emerges as the most valuable book on Jonestown to date…Every piece of the puzzle is here.”—David Evanier, National Review

“An extraordinary inquiry into the individual pathology of Jim Jones…To assemble this portrait obviously required staggering research. The writing is sensitive and lucid. The result is a document which will illumine a dark corner of our era.”—Daniel Schorr

“After reading Raven, there should be no more questions…A tour de force on the Rev. James Jones and the events that led his 900 disciples to drink poisoned punch on Nov. 18, 1978.” —Charlie Frush, The Philadelphia Inquirer