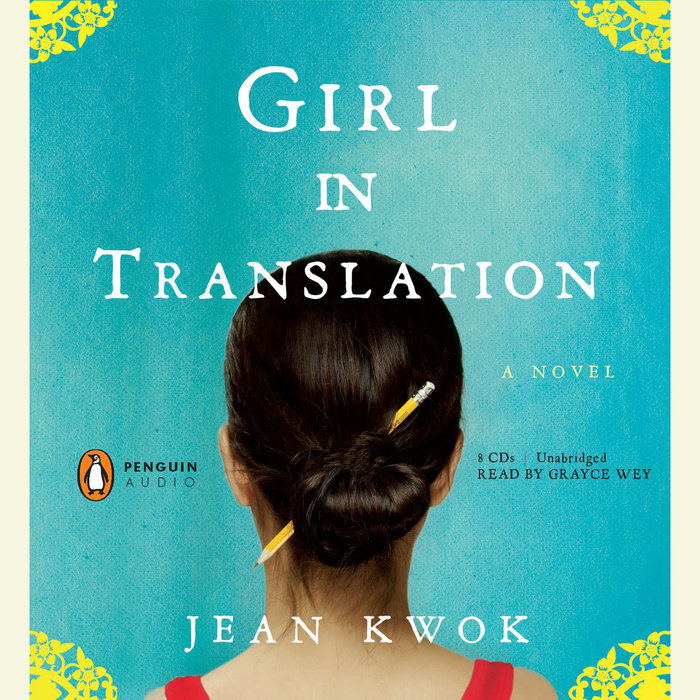 When Kimberly Chang and her mother emigrate from Hong Kong to Brooklyn squalor, she quickly begins a secret double life: exceptional schoolgirl during the day, Chinatown sweatshop worker in the evenings. Disguising the more difficult truths of her life—like the staggering degree of her poverty, the weight of her family's future resting on her shoulders, or her secret love for a factory boy who shares none of her talent or ambition—Kimberly learns to constantly translate not just her language but herself back and forth between the worlds she straddles.

Through Kimberly's story, author Jean Kwok, who also emigrated from Hong Kong as a young girl, brings to the page the lives of countless immigrants who are caught between the pressure to succeed in America, their duty to their family, and their own personal desires, exposing a world that we rarely hear about. Written in an indelible voice that dramatizes the tensions of an immigrant girl growing up between two cultures, surrounded by a language and world only half understood, Girl in Translation is an unforgettable and classic novel of an American immigrant-a moving tale of hardship and triumph, heartbreak and love, and all that gets lost in translation.
Read More
“Jean Kwok's Girl in Translation speaks eloquently.  Searing debut novel... poignant.”
— USA Today

"Kwok drops you right inside Kimberly's head, adding Chinese idioms to crisp dialogue. And the book's lesson--that every choice comes at the expense of something else--hits home in every language." — People Magazine

“Girl in Translation, the astonishing—and semi-autobiographical—tale of a girl from Hong Kong who, at eleven, shoulders the weight of her mother’s American Dream, from Chinatown sweatshop all the way to the Ivy League.” — Vogue

"Kimberly Chang, the girl in the title of Jean Kwok’s first novel, comes to New York from Hong Kong in the early 1980s with her mother, chasing a better life. Ms. Kwok, herself an immigrant, renders Kimberly’s confusion seemingly from the inside." — The New York Times

"Inspired by her own first hand experience of immigration, Kwok writes with quiet passion about the strange dichotomy of growing up surrounded by the glitz of New York, while being barely able to afford to eat.... irresistible power." — The Independent

“Warm and affecting… a compelling pleasure… manages that rare fictional feat of shifting forever the angle from which you look at the world.” — The Daily Mail

"Kwok thoughtfully pens a tale of the desperation and cruelty often faced by newcomers." — Bustle

“Infused with optimism and a can-do spirit.” — The Financial Times

“Potent… a fresh, compelling take on the American success story.” — The Seattle Times

“Simple, searing, richly detailed prose… hilarious and wrenching. Immigrants, new and old, will find much to savor here, from the drama of family secrets to the confusing coming-of-age.” — Booklist

“A resolute yet naïve Chinese girl confronts poverty and culture shock with equal zeal when she and her mother immigrate to Brooklyn in Kwok's affecting coming-of-age debut… more than just another immigrant story.” — Publishers Weekly

“Kwok adeptly captures the hardships of the immigrant experience and the strength of the human spirit to survive and even excel despite the odds.  Reminiscent of An Na's award-winning work for younger readers, A Step from Heaven, this work will appeal to both adults and teens.”
— Library Journal

“In this moving story of hardship and triumph, a woman must live a double life as a scholar and a sweatshop worker after she emigrates from Hong Kong to America with her mother.” — The San Francisco Chronicle

“It is impossible not to fall under the spell of Girl in Translation’s tough, plucky narrator as she struggles to make a place for herself in America. Kwok is a natural storyteller who eloquently captures the difficulty of living in two worlds, and the quiet sadness of never feeling quite at home in either. This is an altogether captivating debut shot through with moments of humor and grace.” —Julie Otsuka, author of When the Emperor Was Divine

“A moving coming of age story, reminiscent of A Tree Grows in Brooklyn. The possibility of Kimberly Chang’s extraordinary struggle and achievement is what makes America a great nation—generous, forgiving and full of hope. Kwok perfectly captures the voice and perspective of a young immigrant, and the result is a powerful work about love, sacrifice and faith.” —Min Jin Lee, author of the bestselling Free Food for Millionaires

“A journey into a world that would otherwise be veiled, Girl in Translation contrasts both sacrifice and accomplishment in the most satisfying of ways. Kwok’s vibrant prose makes us live Kimberly’s life almost as if it were our own.” —Brunonia Barry, author of the bestselling The Lace Reader

“I love how this book allowed me to see my own country, with all its cruelty and kindness, from a perspective so different from my own. I love how it invited me into the heart and mind of Kimberly Chang, whose hard choices will resonate with anyone who has sacrificed for a dream. Powerful storytelling kept me turning the pages quickly, but Kimberly’s voice – so smart and clear - will stay with me for a long time.” —Laura Moriarty, author of The Center of Everything
Read More 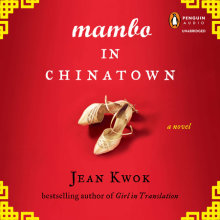