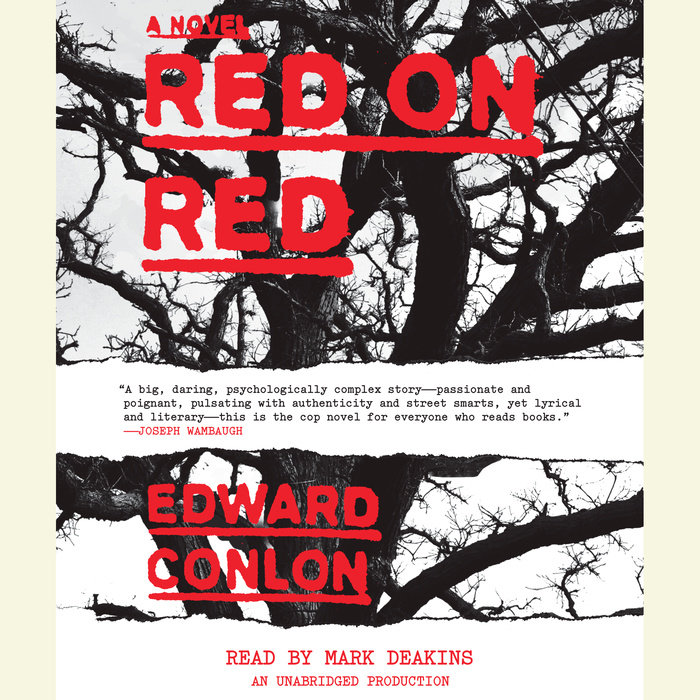 A gripping debut work of crime fiction, from the author of the bestselling memoir about life as a New York City cop, Blue Blood. (“May be the best account ever written of life behind the badge.” —Time)

In Red on Red, Edward Conlon tells the electrifying and suspenseful story of two NYPD detectives, Meehan and Esposito: one damaged and introspective, the other ambitious and unscrupulous. Meehan is compelled by haunting and elusive stories that defy easy resolution, while Esposito is drawn to cases of rough and ordinary combat. A fierce and unlikely friendship develops between them and plays out against a tangle of mysteries: a lonely immigrant who hangs herself in Inwood Hill Park, a serial rapist preying on upper Manhattan, a troubled Catholic schoolgirl who appears in the wrong place with uncanny regularity, and a savage gang war that erupts over a case of mistaken identity.

A literary thriller about the twisted dynamic of a successful police partnership—the tests of loyalty, the necessary betrayals, the intersections of life and work—Red on Red tells an unrelenting and exciting story that captures the grittiness, complexity, ironies, and compromises of life on the job.

Read More
"A first novel sure to make the bestseller lists."--Kirkus, starred review

“Conlon  brings his full knowledge of police work to bear in this gritty chronicle..[He] captures the herky-jerky nature of a policeman’s daily routine as it swings between farce and tragedy, all the while detailing the way cops talk, joke, and stress.  This realistic take on police work, relayed in cinematic prose, has all the earmarks of a hit.”— Booklist, starred review

“A big, daring, psychologically complex story—passionate and poignant, pulsating with authenticity and street smarts yet lyrical and literary—this is the cop novel for everyone who reads books."—Joseph Wambaugh

“Red on Red is often brutal and often brutally funny, reaching into the depths of human malice and rising to the level of language that all good literature should achieve.” —Colum McCann, author of Let the Great World Spin, winner of the National Book Award
Read More