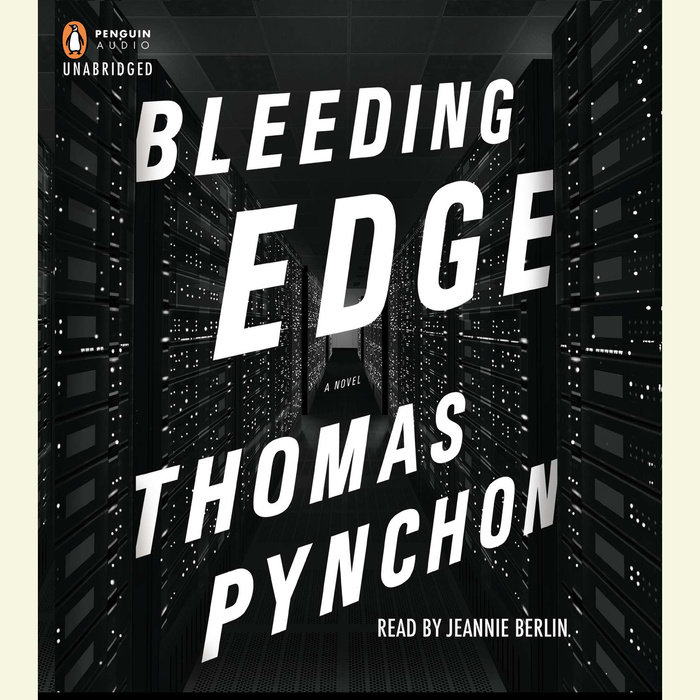 It is 2001 in New York City, in the lull between the collapse of the dot-com boom and the terrible events of September 11th. Silicon Alley is a ghost town, Web 1.0 is having adolescent angst, Google has yet to IPO, Microsoft is still considered the Evil Empire. There may not be quite as much money around as there was at the height of the tech bubble, but there’s no shortage of swindlers looking to grab a piece of what’s left.

Maxine Tarnow is running a nice little fraud investigation business on the Upper West Side, chasing down different kinds of small-scale con artists. She used to be legally certified but her license got pulled a while back, which has actually turned out to be a blessing because now she can follow her own code of ethics—carry a Beretta, do business with sleazebags, hack into people’s bank accounts—without having too much guilt about any of it. Otherwise, just your average working mom—two boys in elementary school, an off-and-on situation with her sort of semi-ex-husband Horst, life as normal as it ever gets in the neighborhood—till Maxine starts looking into the finances of a computer-security firm and its billionaire geek CEO, whereupon things begin rapidly to jam onto the subway and head downtown. She soon finds herself mixed up with a drug runner in an art deco motorboat, a professional nose obsessed with Hitler’s aftershave, a neoliberal enforcer with footwear issues, plus elements of the Russian mob and various bloggers, hackers, code monkeys, and entrepreneurs, some of whom begin to show up mysteriously dead. Foul play, of course.

With occasional excursions into the DeepWeb and out to Long Island, Thomas Pynchon, channeling his inner Jewish mother, brings us a historical romance of New York in the early days of the internet, not that distant in calendar time but galactically remote from where we’ve journeyed to since.

Will perpetrators be revealed, forget about brought to justice? Will Maxine have to take the handgun out of her purse? Will she and Horst get back together? Will Jerry Seinfeld make an unscheduled guest appearance? Will accounts secular and karmic be brought into balance?

Hey. Who wants to know?

Slate.com
"If not here at the end of history, when? If not Pynchon, who? Reading Bleeding Edge, tearing up at the beauty of its sadness or the punches of its hilarity, you may realize it as the 9/11 novel you never knew you needed… a necessary novel and one that literary history has been waiting for."

The New York Times Book Review
Exemplary… dazzling and ludicrous... Our reward for surrendering expectations that a novel should gather in clarity, rather than disperse into molecules, isn’t anomie but delight.” (Jonathan Lethem)

Wired magazine
“The book’s real accomplishment is to claim the last decade as Pynchon territory, a continuation of the same tensions — between freedom and captivity, momentum and entropy, meaning and chaos — through which he has framed the last half-century."

“Brilliantly written… a joy to read…Full of verbal sass and pizzazz, as well as conspiracies within conspiracies, Bleeding Edge is totally gonzo, totally wonderful. It really is good to have Thomas Pynchon around, doing what he does best.” —Michael Dirda, The Washington Post

“A precious freak of a novel, glinting rich and strange, like a black pearl from an oyster unfathomable by any other diver into our eternal souls. If not here at the end of history, when? If not Pynchon, who? Reading Bleeding Edge, tearing up at the beauty of its sadness or the punches of its hilarity, you may realize it as the 9/11 novel you never knew you needed… a necessary novel and one that literary history has been waiting for, ever since it went to bed early on innocent Sept. 10 with a copy of The Corrections and stayed up well past midnight reading Franzen into the wee hours of his novel’s publication day.” —Slate.com

“Are you ready for Thomas (Screaming Comes Across the Sky) Pynchon on the subject of September 11, 2001?... Exemplary… dazzling and ludicrous… Our reward for surrendering expectations that a novel should gather in clarity, rather than disperse into molecules, isn’t anomie but delight. Pynchon himself’s a good companion, full of real affection for his people and places, even as he lampoons them for suffering the postmodern condition of being only partly real.” —Jonathan Lethem, New York Times Book Review

“Surely now Pynchon must be in line for the Nobel Prize?... Thomas Pynchon, America’s greatest novelist, has written the greatest novel about the most significant events in his country’s 21st century history. It is unequivocally a masterpiece.” —The Scotsman (UK)

“The book’s real accomplishment is to claim the last decade as Pynchon territory, a continuation of the same tensions — between freedom and captivity, momentum and entropy, meaning and chaos — through which he has framed the last half-century… As usual, Pynchon doesn’t provide answers but teases us with the hint of closure, leaving us ultimately unsure whether the signals add up to a master plot or merely a series of sinister and unfortunate events. The overall effect is one of amused frustration, of dying to find that one extra piece of information that will help make sense of this overwhelming and vaguely threatening world. It feels a lot like life.” —Wired magazine

“The New York of late 2001 was a Pynchon novel waiting to happen, in which the failures of ‘late capitalist’ speculation, in the form of the recently deflated tech bubble, meet 9/11 to form the 21st century’s Year Zero.” —New York Observer

“Brilliant and wonderful… Bleeding Edge chronicles the birth of the now — our terrorism-obsessed, NSA-everywhere, smartphone Panopticon zeitgeist — in the crash of the towers. It connects the dots, the packets, the pixels. We are all part of this story. We are all characters in Pynchon’s mad world. Bleeding Edge is a novel about geeks, the Internet, New York and 9/11. It is funny, sad, paranoid and lyrical. It was difficult to put down. I want to read it again.” —Salon.com

“Bleeding Edge takes the messy, funny, and sad all-at-once world we live in and reflects it back to us in a way that I can only call consoling—somebody else out there gets it. No matter how crazy things became in this book, I felt safe as long as I was inside its pages. So of course as soon as I finished it, I started over again.” —Malcolm Jones, Daily Beast/Newsweek

“The ingeniously whimsical, accessible story of a New York City fraud investigator who becomes entangled with some very sketchy characters as she tries to get to the bottom of a case involving a tech billionaire.” —O: The Oprah Magazine

“Showstopping…The future that [Pynchon] so precociously, disturbingly foresaw long ago now surges around us. With Bleeding Edge, he shows that he has mastered the move from the shock of the new to the shock of the now, while cushioning the blow.” —Leisl Schillinger, Barnes & Noble

“Bleeding Edge is vintage Pynchon, a louche yarn of rollicking doomism. Pynchon is the master of technology-as-metaphor. In previous books—particularly “V.” and “Gravity’s Rainbow”—there is a persistent, shadowy suggestion of an unseen system, mechanisms that underlie the perceived reality of events. And these mechanisms are often manifest in the vagaries of things like rocket science and radio broadcasting tools. In those old books, however, the obscure schema was cast as an almost magical or mystical force, but as Bleeding Edge appears, we have the real thing.”—Seattle Times

“Fabulously entertaining … Bleeding Edge is stuffed with gorgeous passages that sing their longing for all we’ve lost, in trashing the land and ourselves. But such writing is also a stirring call to arms, making clear that the history we’ll make depends on what and how we remember. As Pynchon has been reminding us for 50 years, there’s always more than one way to tell that story.”—Milwaukee Journal Sentinel

"No one, but no one, rivals Pynchon’s range of language, his elasticity of syntax, his signature mix of dirty jokes, dread and shining decency… Bleeding Edge is a chamber symphony in P major, so generous of invention it sometimes sprawls, yet so sharp it ultimately pierces.” —Publishers Weekly

"Truly your most important reading for the fall... darkly hilarious." —Library Journal 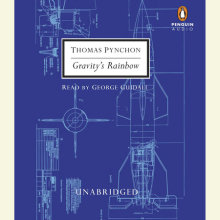 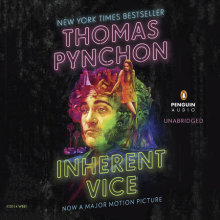