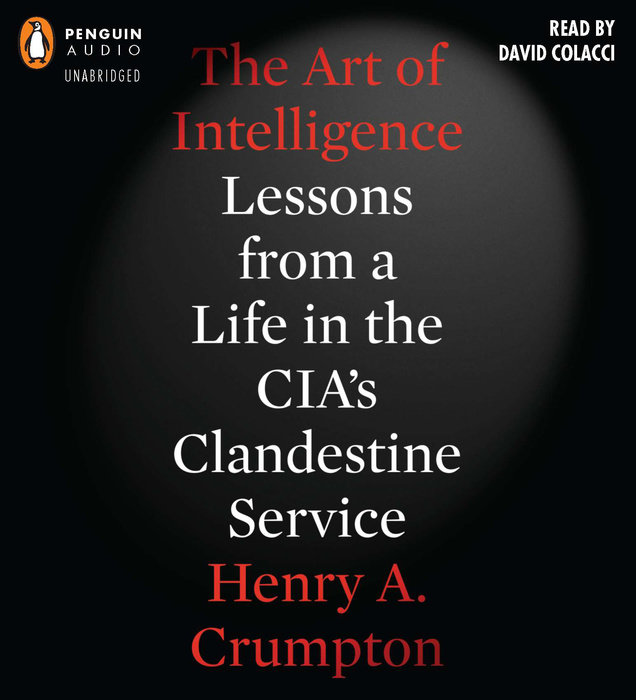 For a crucial period, Henry Crumpton led the CIA's global covert operations against America's terrorist enemies, including al Qaeda. In the days after 9/11, the CIA tasked Crumpton to organize and lead the Afghanistan campaign. With Crumpton's strategic initiative and bold leadership, from the battlefield to the Oval Office, U.S. and Afghan allies routed al Qaeda and the Taliban in less than ninety days after the Twin Towers fell. At the height of combat against the Taliban in late 2001, there were fewer than five hundred Americans on the ground in Afghanistan, a dynamic blend of CIA and Special Forces. The campaign changed the way America wages war. This book will change the way America views the CIA.

The Art of Intelligence draws from the full arc of Crumpton's espionage and covert action exploits to explain what America's spies do and why their service is more valuable than ever. From his early years in Africa, where he recruited and ran sources, from loathsome criminals to heroic warriors; to his liaison assignment at the FBI, the CIA's Counterterrorism Center, the development of the UAV Predator program, and the Afghanistan war; to his later work running all CIA clandestine operations inside the United States, he employs enthralling storytelling to teach important lessons about national security, but also about duty, honor, and love of country.

No book like The Art of Intelligence has ever been written-not with Crumpton's unique perspective, in a time when America faced such grave and uncertain risk. It is an epic, sure to be a classic in the annals of espionage and war.

Read More
“Crumpton's narrative, especially when chronicling the response to the 9/11 attacks, moves like a thriller, presenting a story of ingenuity and courage under fire . . . a compelling account of the changes that have allowed the CIA to fight the war on terror with unprecedented resources and success. There is no doubt that the CIA will in the future have to devote more resources to intelligence gathering. The agency should apply to its traditional operations the same ruthless, results-oriented ethos that Mr. Crumpton and his colleagues applied to fighting al Qaeda.” —The Wall Street Journal

“A lively account . . . combines the derring-do of old-fashioned spycraft with thoughtful meditations on the future of warfare and intelligence work. It deserves to be read.” —The Washington Post

“Offer[s] an exceptionally deep glimpse into the CIA’s counterterrorism operations in the last decade of the twentieth century.” —Harper’s

“Hank Crumpton’s riveting account of his life in the CIA and the run up to the war in Afghanistan is a treasure for every citizen who wants to know the sacrifices, courage and strategic vision of the clandestine services in war and peace.” —Tom Brokaw

“The Art of Intelligence reflects the character of its author: Honest, smart, direct and impressive. Crumpton offers important new insights into the C.I.A.’s role in the Taliban’s overthrow in 2001, as well as a wider portrait of modern intelligence that is frank and compelling.” —Steve Coll, author of Ghost Wars and Directorate S

“[A] fascinating glimpse into the CIA’s most secret—and secretive—department.” —Kirkus
Read More