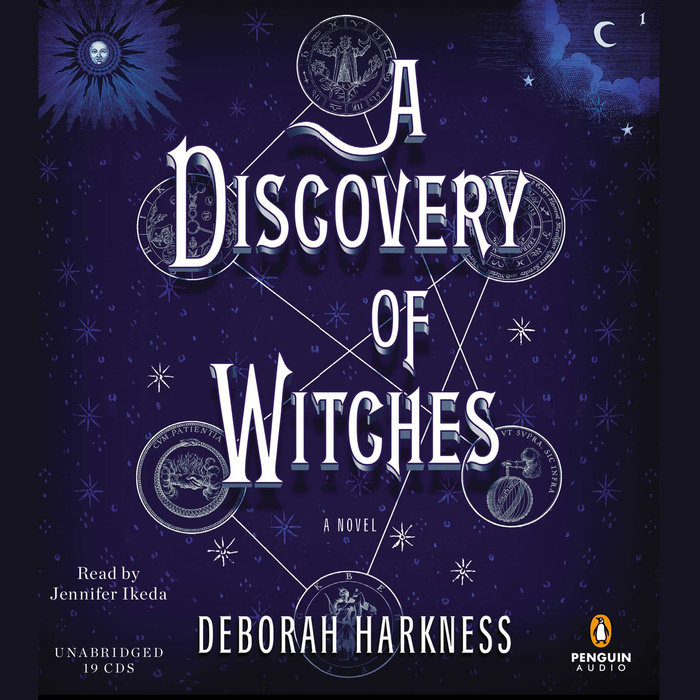 Now “[a] hot show that’s like Twilight meets Outlander” (Thrillist) airing on AMC and BBC America, as well as streaming on Sundance Now and Shudder.

Deborah Harkness’s sparkling debut, A Discovery of Witches, has brought her into the spotlight and galvanized fans around the world. In this tale of passion and obsession, Diana Bishop, a young scholar and a descendant of witches, discovers a long-lost and enchanted alchemical manuscript, Ashmole 782, deep in Oxford's Bodleian Library. Its reappearance summons a fantastical underworld, which she navigates with her leading man, vampire geneticist Matthew Clairmont.

Harkness has created a universe to rival those of Anne Rice, Diana Gabaldon, and Elizabeth Kostova, and she adds a scholar's depth to this riveting tale of magic and suspense. The story continues in book two, Shadow of Night, book three, The Book of Life, and the fourth in the series, Time’s Convert.
Read More
“A wonderfully imaginative grown-up fantasy with all the magic of Harry Potter or Twilight. . . . An irresistible tale of wizardry, science and forbidden love.”
—People

“Romantic, erudite, and suspenseful . . . Harkness attends to every scholarly and emotional detail with whimsy, sensuality, and humor.”
—O, The Oprah Magazine

“Delightfully well-crafted and enchantingly imaginative . . . It has some of the same ineluctable atmosphere that made Anne Rice’s vampire books such a popular success.”
—Miami Herald

“A debut novel with a big supernatural canvas . . . Its ambitions are world-sized, ranging across history and zeroing in on DNA, human and otherwordly. Age-old tensions between science and magic and between evolution and alchemy erupt as Diana seeks to unlock the secrets of Ashmole 782.”
—Los Angeles Times

“Harkness, an eloquent writer, conjures this world of witches with Ivy League degrees and supernatural creatures completely—and believably—while maintaining a sense of wonder. . . . A Discovery of Witches is that rare historical novel that manages to be as intelligent as it is romantic. And it is supernatural fiction that those of us who usually prefer to stay grounded in reality can get caught up in. Pardon the pun, but Witches is truly spellbinding.”
—San Antonio News-Express

“Readers who thrilled to Elizabeth Kostova’s 2005 blockbuster, The Historian, will note the parallels, but A Discovery of Witches is a modern Romeo and Juliet story, with older, wiser lovers. Blood will flow when a witch and a vampire fall for each other. Author Deborah Harkness, a UCLA history professor, brings vast knowledge and research to the page.”
—Cleveland Plain Dealer

“Harkness works her own form of literary alchemy by deftly blending fantasy, romance, history, and horror into one completely bewitching book.”
—Chicago Tribune

“A Discovery of Witches becomes increasingly charming as it goes along. . . . A shrewdly written romp and a satisfying snow-day read for those of us who heartily enjoyed the likes of Anne Rice and Marion Zimmer Bradley. By the book’s rousing end . . . I was impatient for the sequel.”
—NPR
Read More

What Weâ€™re Listening To: Samanthaâ€™s PicksStaff Round-Up: Which Character is Invited to Your Summer Dinner Party?Books on Screen: Winter 2019 AdaptationsSee More