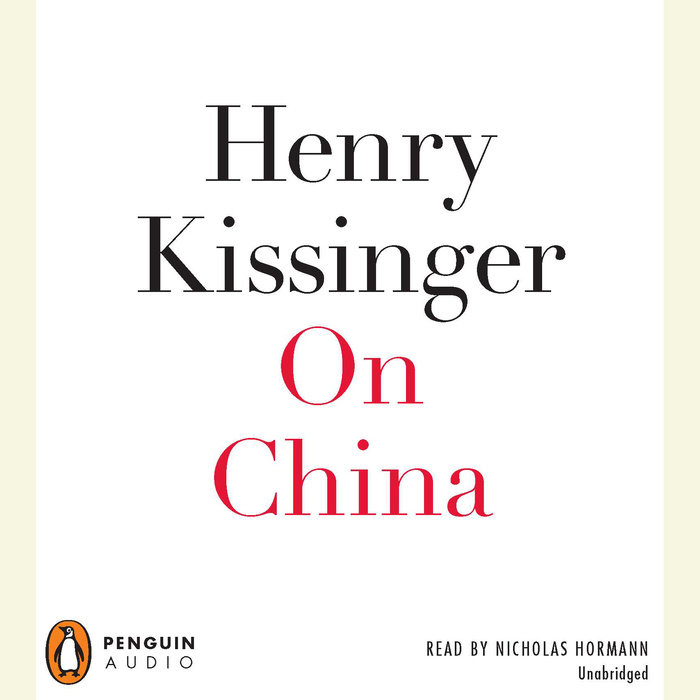 “No one can lay claim to so much influence on the shaping of foreign policy over the past 50 years as Henry Kissinger.” —The Financial Times

In this sweeping and insightful history, Henry Kissinger turns for the first time at book length to a country he has known intimately for decades and whose modern relations with the West he helped shape. On China illuminates the inner workings of Chinese diplomacy during such pivotal events as the initial encounters between China and tight line modern European powers, the formation and breakdown of the Sino-Soviet alliance, the Korean War, and Richard Nixon’s historic trip to Beijing. With a new final chapter on the emerging superpower’s twenty-first-century role in global politics and economics, On China provides historical perspective on Chinese foreign affairs from one of the premier statesmen of our time.
Read More
“Fascinating, shrewd . . . [The book’s] portrait of China is informed by Mr. Kissinger’s intimate firsthand knowledge of several generations of Chinese leaders. The book deftly traces the rhythms and patterns in Chinese history . . . even as it explicates the philosophical differences that separate it from the United States.” —Michiko Kakutani, The New York Times

“Nobody living can claim greater credit than Mr. Kissinger for America's 1971 opening to Beijing, after more than two decades of estrangement, and for China's subsequent opening to the world. So it's fitting that Mr. Kissinger has now written On China, a fluent, fascinating . . . book that is part history, part memoir and above all an examination of the premises, methods and aims of Chinese foreign policy.” —The Wall Street Journal

“Fascinating . . . In On China, statesman Henry Kissinger draws on historical records and 40 years of direct interaction with four generations of Chinese leaders to analyze the link between China’s ancient past and its present day trajectory. In doing so, the man who helped shape modern East-West relations presents an often unsettling, occasionally hopeful and always compelling accounting of what we’re up against.” —The Chicago Sun-Times

“Fascinating . . . No living American has played a more important role than Henry Kissinger, the former national security adviser and secretary of state, in bringing about the historic rapprochement between the United States and China. . . . [Kissinger] draw[s] deep insights into China's traumatic encounter with much stronger Western powers.” —The San Francisco Chronicle

“On China, Kissinger's 13th book, blends an incisive strategic analysis of the moves and countermoves of China, the United States and the former Soviet Union with telling vignettes about his meetings with Chinese Communist Party leaders . . . entertaining.” —The Los Angeles Times

“No one can lay claim to so much influence on the shaping of foreign policy over the past 50 years as Henry Kissinger.” —The Financial Times

“From the eminent elder statesman, an astute appraisal on Chinese diplomacy from ancient times to the fraught present “strategic trust” with the United States. Former Secretary of State Kissinger brings his considerable scholarly knowledge and professional expertise to this chronicle of the complicated evolution and precarious future of Chinese diplomacy with the West. . . . Sage words and critical perspective lent by a significant participant in historical events.” —Kirkus Reviews
Read More 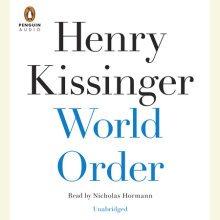