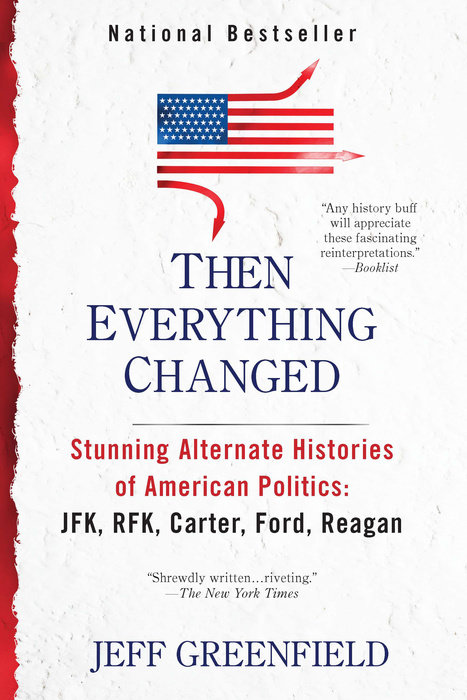 Written by: Jeff Greenfield
Read by: Michael Kramer & Jeff Greenfield
17 Hours and 46 Minutes Imprint: Penguin Audio Genre: History - United States - 20th Century Release Date: March 08, 2011
A brilliant and brilliantly entertaining tour de force of American politics from one of journalism's most acclaimed commentators.History turns on a dime. A missed meeting, a different choice of words, and the outcome changes dramatically. Nowhere is this truer than in the field where Jeff Greenfield has spent most of his working life, American politics, and in three dramatic narratives based on memoirs, histories, oral histories, fresh reporting with journalists and key participants, and Greenfield's own knowledge of the principal players, he shows just how extraordinary those changes would have been.These things are true: In December 1960, a suicide bomber paused fatefully when he saw the young president-elect's wife and daughter come to the door to wave goodbye...In June 1968, RFK declared victory in California, and then instead of talking to people in another ballroom, as intended, was hustled off through the kitchen...In October 1976, President Gerald Ford made a critical gaffe in a debate against Jimmy Carter, turning the tide in an election that had been rapidly narrowing.But what if it had gone the other way? The scenarios that Greenfield depicts are startlingly realistic, rich in detail, shocking in their projections, but always deeply, remarkably plausible. You will never think about recent American history in the same way again.
Read More
Praise for Then Everything Changed:

"Political junkies always play the 'what-if' game. Jeff Greenfield has taken it and turned it into something else entirely - a trio of thought-provoking, interesting, and downright clever scenarios which remind us just how much individuals do matter."
-Bob Schieffer

"Jeff Greenfield is a wonderful story-teller and a keen student of politics. A powerful what-if book that seems painfully, tantalizingly real."
-Evan Thomas, Author, The War Lovers, Sea of Thunder, and Robert Kennedy: His Life

"Filled with fresh revelations and brilliant speculation, Jeff Greenfield's alternative history is so detailed and persuasive - and the behavior of its protagonists so utterly believable - that it feels like reality itself. This is a remarkable feat of insight, imagination, and storytelling."
-Richard North Patterson
Read More 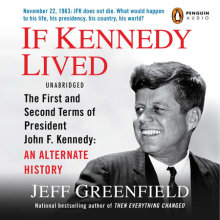