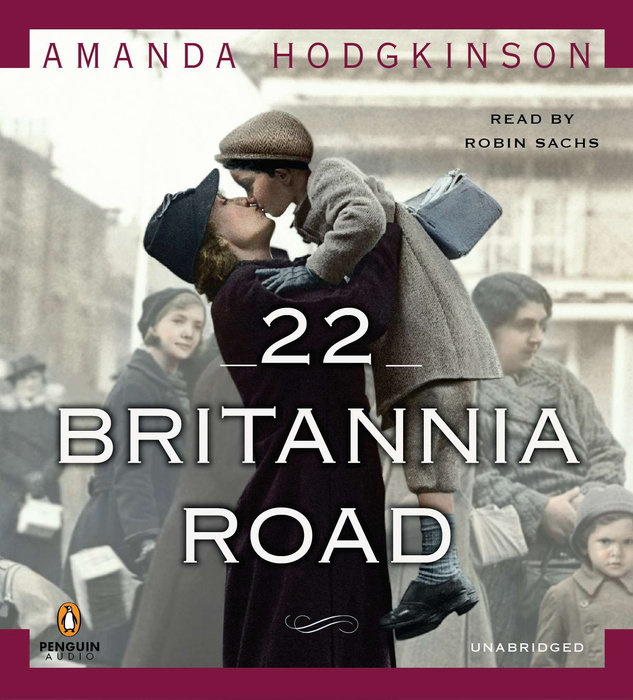 "Housekeeper or housewife?" the soldier asks Silvana as she and eight- year-old Aurek board the ship that will take them from Poland to England at the end of World War II. There her husband, Janusz, is already waiting for them at the little house at 22 Britannia Road. But the war has changed them all so utterly that they'll barely recognize one another when they are reunited. "Survivor," she answers.

Silvana and Aurek spent the war hiding in the forests of Poland. Wild, almost feral Aurek doesn't know how to tie his own shoes or sleep in a bed. Janusz is an Englishman now-determined to forget Poland, forget his own ghosts from the way, and begin a new life as a proper English family. But for Silvana, who cannot escape the painful memory of a shattering wartime act, forgetting is not a possibility.

One of the most searing debuts to come along in years, 22 Britannia Road. is the wrenching chronicle of how these damaged people try to become, once again, a true family. An unforgettable novel that cries out for discussion, it is a powerful story of primal maternal love, overcoming hardship, and, ultimately, acceptance-one that will pierce your heart.
Read More
The characters are so convincing and the writing's so unshowily accomplished that it soon becomes something gripping. An admirable debut—Daily Mail

A most accomplished first novel. Powerful story-telling and entirely convincing in its evocation of post-war England. Very good—Penelope Lively

Convincing and touchingly portrayed—Independent on Sunday

Lose yourself in this beautiful tragic tale—Stylist

A riveting historical novel, set in post-WWII England, about a Polish couple reunited after enduring - and committing - crimes of love and war.—O, the Oprah Magazine

A stark and beautiful book, alive to the compromises, deceptions and passions that traumatic situations can demand from the most circumspect of people—Marie Claire