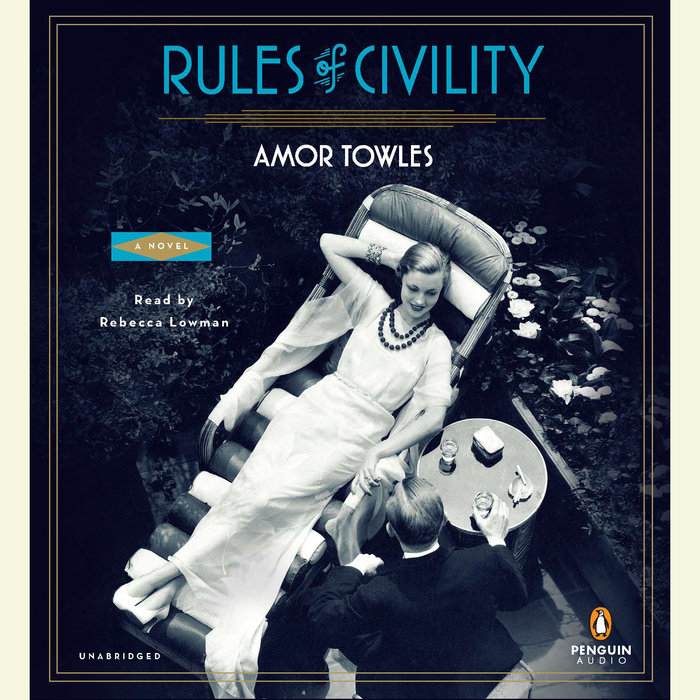 From the #1 New York Times-bestselling author of The Lincoln Highway and A Gentleman in Moscow, a “sharply stylish” (Boston Globe) book about a young woman in post-Depression era New York who suddenly finds herself thrust into high society—now with over one million readers worldwide

On the last night of 1937, twenty-five-year-old Katey Kontent is in a second-rate Greenwich Village jazz bar when Tinker Grey, a handsome banker, happens to sit down at the neighboring table. This chance encounter and its startling consequences propel Katey on a year-long journey into the upper echelons of New York society—where she will have little to rely upon other than a bracing wit and her own brand of cool nerve.

With its sparkling depiction of New York’s social strata, its intricate imagery and themes, and its immensely appealing characters, Rules of Civility won the hearts of readers and critics alike.

Praise for Rules of Civility

“An irresistible and astonishingly assured debut about working class-women and world-weary WASPs in 1930s New York…in the crisp, noirish prose of the era, Towles portrays complex relationships in a city that is at once melting pot and elitist enclave – and a thoroughly modern heroine who fearlessly claims her place in it.” —O, the Oprah Magazine

“This very good first novel about striving and surviving in Depression-era Manhattan deserves attention…The great strength of Rules of Civility is in the sharp, sure-handed evocation of Manhattan in the late ‘30s.” —Wall Street Journal

“Put on some Billie Holiday, pour a dry martini and immerse yourself in the eventful life of Katey Kontent…[Towles] clearly knows the privileged world he’s writing about, as well as the vivid, sometimes reckless characters who inhabit it.” —People

“[A] wonderful debut novel…Towles [plays] with some of the great themes of love and class, luck and fated encounters that animated Wharton’s novels.” —The Chicago Tribune

“Glittering…filled with snappy dialogue, sharp observations and an array of terrifically drawn characters…Towles writes with grace and verve about the mores and manners of a society on the cusp of radical change.” —NPR.org

“Glamorous Gotham in one to relish…a book that enchants on first reading and only improves on the second.” —The Philadelphia Inquirer 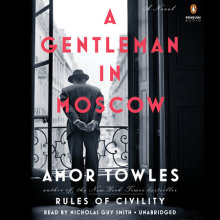