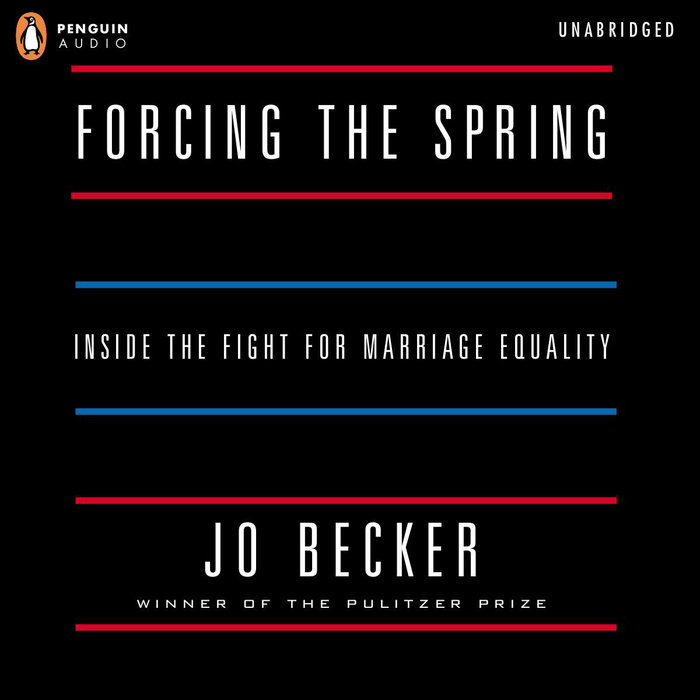 Forcing the Spring details how a small but determined group of political and media insiders took the fight for marriage equality all the way to the Supreme Court. Gay activists and Hollywood liberals joined together to enlist attorneys Ted Olson and David Boies—the opposing counsels on the Supreme Court’s infamous Bush v. Gore ruling—to bring a controversial legal case against Proposition 8 before the highest court in the land. Forcing the Spring is the extraordinary ringside account of this unprecedented effort to shift public opinion and reengineer the political certainties of an era.

Based on original interviews and in-depth reportage, Forcing the Spring is the work of Pulitzer Prize–winning journalist Jo Becker, after she was exclusively embedded with the plaintiffs’ legal team for more than four years, attending every day of the trial and every appellate argument. Offering behind-the-scenes coverage on the Obama administration’s role—with access to all the key players in the Justice Department and the White House—Becker reveals the true story of how the president came around to embrace marriage equality and play a surprisingly critical role in the Supreme Court battle. Following the lawyers in the chambers, the political operatives in the strategy rooms, and the heroic couples at the center of this historic lawsuit, Becker weaves together the many threads of the campaign into an inspirational and eye-opening narrative.

An exclusive account of a national civil rights struggle, Forcing the Spring carries readers from the first efforts to stop Proposition 8 and the campaign to undermine the Defense of Marriage Act all the way to the final suspenseful moments in the Supreme Court. A multi-angled work of journalism that examines all sides and all participants of this groundbreaking movement, Forcing the Spring is the definitive account of the fight to win the rights of marriage and full citizenship for all.

The New York Times Book Review
“A stunningly intimate story… Maybe because she’s such a  versatile reporter, Becker saw the big picture. The fight for marriage equality did not end in a total victory on the Supreme Court steps but triumphed in a higher court, the court of public opinion. It may not be the story she set out to tell, but it’s a great one nonetheless.”

Entertainment Weekly
"A stunning account of the legal battles stemming from Prop 8... Drawing on five years of unlimited access to Olson and Boies' team, [Becker] has crafted an engrossing narrative filled with details gleaned from fraught backroom conversations and private emails. Though some critics allege that Becker highlights certain key figures at the expense of others, the history she re-creates using material as dry as court records and judges' written opinions is as taut and suspenseful as a novel. She also zeroes in on human moments. Forcing the Spring stands as not just the definitive account of the battle for same-sex marriage rights but a thrilling and compassionate one, too. Grade: A"

The Washington Post
“Forcing the Spring is a riveting legal drama, a snapshot in time, when the gay rights movement altered course and public opinion shifted with the speed of a bullet train... Becker’s most remarkable accomplishment is to weave a spellbinder of a tale that, despite a finale reported around the world, manages to keep readers gripped until the very end.”

Richard Socarides, The New Yorker
“Becker’s account of the hearings, and her analysis of the complicated legal theories involved in the long appeals process, are excellent. Her writing about the four plaintiffs in the case—the true emotional heroes of this book—is particularly affecting... If you are interested in the story of how a Hollywood political consultant and a conservative lawyer joined forces in 2009, in the belief that they could really make a difference, and, no doubt, gain some notoriety for themselves and their cause, helping to dramatically change the way Americans thought of gay people and the way gay people thought of themselves—this book is for you. The real story it tells is how seemingly small moments, occurring by happenstance, when combined with boldness and imagination, can help to change the course of history.”

Jonathan Capehart, The Washington Post
“A riveting account of how California’s Proposition 8, which outlawed same-sex marriage there, went from voter passage in 2008 to Supreme Court invalidation in 2013. The incredible access the New York Times investigative reporter had with the principals involved and others will satisfy that political-junky thirst for the backstory swirling around historical events… Becker gives readers an insider’s view of what they watched in real time over four and a half years. Her interviews and observations are presented in a riveting fashion that reminded me of Taylor Branch’s Parting the Waters, the first of three books on Martin Luther King and the Civil Rights movement.”

Elizabeth Birch, The Bilerico Project:
“Becker takes the reader on an extraordinary journey inside a single piece of test case litigation, a riveting tale with a full cast of colorful characters, the very best of which are the four authentic and down-to-earth plaintiffs...Rarely has an episode of one piece of LGBT work been captured in such sharp relief and detail. The story unfolds like a journal, revealing an unlikely cast of characters that literally orchestrate the death of a very painful episode of California's history...No one should miss reading this book!”

Kirkus (STARRED review)
“[A] gripping narrative... [Becker’s] momentum is resolutely forward, her writing so brisk and urgent that even though we know the outcome, the tension in the courtroom scenes and the intervals of waiting for decisions remains taut, even nerve-wracking. Becker’s access gives us insights into other aspects of the story, as well—the deliberations within the Obama administration, the pro–gay marriage statements of Vice President Biden that seemed to animate the president, and the thinking in the Justice Department. She gives a gripping account of the trial in the U.S. District Court (with some fine analysis of the role of Judge Vaughn Walker, gay himself), some of which she reproduces directly from court records. Becker follows the case from there to the U.S. Court of Appeals and then the Supreme Court, where we listen to the oral arguments and follow the sometimes-twisted thinking of the justices. First-rate reporting informs this thrilling narrative of hope.”

Publishers Weekly (STARRED review)
"Channeling the extended legal battle over California's Proposition 8 ban on same-sex marriage into an engaging narrative, Pulitzer Prize-winning journalist Becker presents a thorough, perceptive read. Beginning with private conversations among friends and moving all the way to the Supreme Court, Becker constructs the legal story with the privilege of generous access to the plaintiffs and legal team that fought for marriage equality. Along the way, everyone from President Obama to director/actor Rob Reiner and current Human Rights Campaign President Chad Griffin find their way into the action. Becker navigates the vast amount of legal history, backroom conversations, media wrangling, and personal stories with an ease that makes what could otherwise be a demanding or partisan story into learned political journalism. While the tendency to paint the fight for gay marriage as the pinnacle of gay rights might dismay those involved in other aspects of the political struggle, Becker's insights into the legal process are evenhanded. In the end, the book stands testament to good political writing and a wealth of information made alive through prose."

Jeffrey Toobin, author of The Nine and The Oath
“Jo Becker’s Forcing the Spring is a superb behind-the-scenes account of the legal battle to bring marriage equality to the nation. Drawing on extraordinary access to the internal deliberations of the plaintiffs’ team, Becker shows how law, politics, and personality combined to create a landmark in the history of the Supreme Court—and of the United States.”

Benjamin Todd Jealous, former president and CEO of the National Association for the Advancement of Colored People
“Jo Becker’s Forcing the Spring provides the definitive insider account of one of the great civil rights struggles of our times. It is an important and moving historical account that reads like a page-turning legal thriller. This is a must-read for anyone who wants to move our nation forward.”

David Von Drehle, author of Rise to Greatness: Abraham Lincoln and America’s Most Perilous Year and Triangle: The Fire That Changed America
“The movement for marriage equality has been an extraordinary example of historic change at hyper speed. Jo Becker, a gifted journalist, had unparalleled access to the legal drama as well as the human stories of love and courage, and she weaves her witness into a fast-paced narrative of lasting importance.”

David Finkel, author of Thank You for Your Service and The Good Soldiers
“Jo Becker is one of America’s very best journalists, and this book showcases her at her finest. Meticulously reported and passionately written, Forcing the Spring not only illuminates the fight in America for marriage equality, it’s also a thrilling and exhilarating page-turner.”
Read More 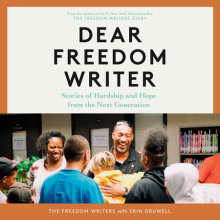