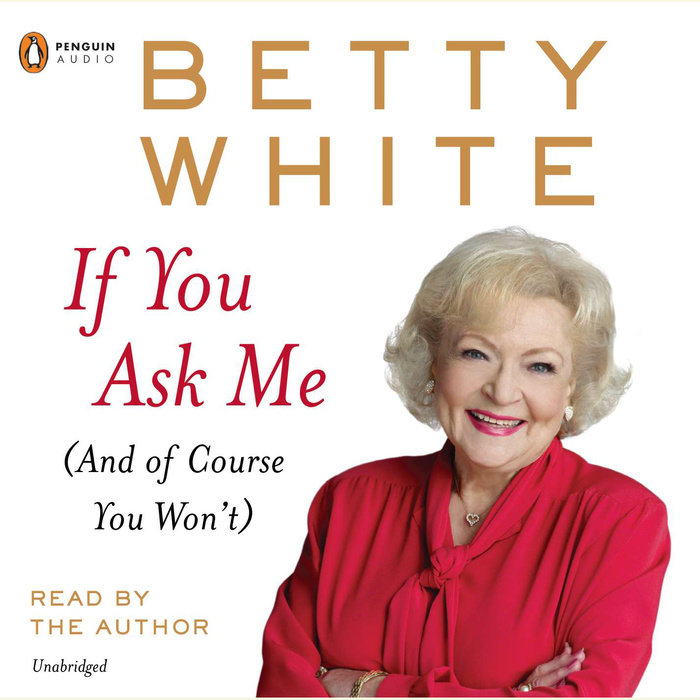 Drawing from a lifetime of lessons learned, seven-time Emmy winner Betty White's wit and wisdom take center stage as she tackles topics like friendship, romantic love, aging, television, fans, love for animals, and the brave new world of celebrity. If You Ask Me mixes her thoughtful observations with humorous stories from a seven- decade career in Hollywood. Longtime fans and new fans alike will relish Betty's candid take on everything from her rumored crush on Robert Redford (true) to her beauty regimen ("I have no idea what color my hair is and I never intend to find out") to the Facebook campaign that helped persuade her to host Saturday Night Live despite her having declined the hosting job three times already.

Featuring all-new material, with a focus on the past fifteen years of her life, If You Ask Me is funny, sweet, and to the point-just like Betty White.
Read More
“Reads like a chat with the beloved star.”—The Denver Post

“A breezy patchwork of musings on aging, acting, poker (she plays a monthly game) and pet ownership.”—The New York Times