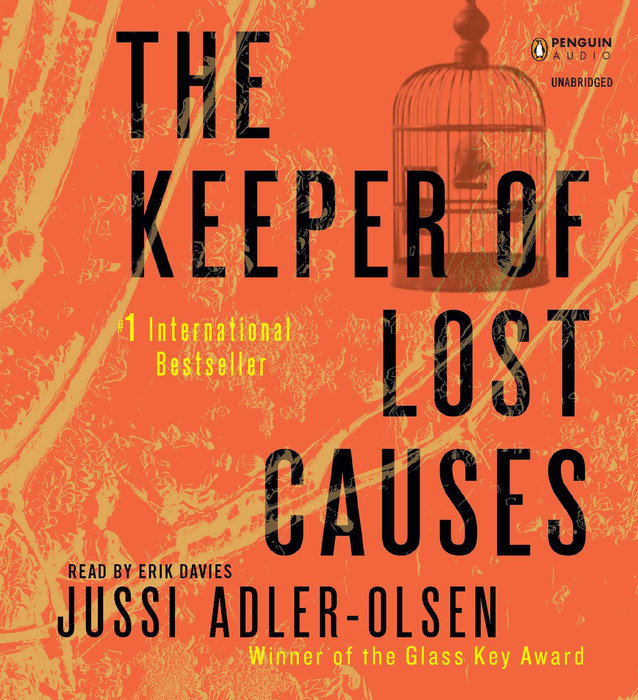 Carl Mørck used to be one of Denmark’s best homicide detectives. Then a hail of bullets destroyed the lives of two fellow cops, and Carl—who didn’t draw his weapon—blames himself. So a promotion is the last thing he expects. But Department Q is a department of one, and Carl’s got only a stack of cold cases for company. His colleagues snicker, but Carl may have the last laugh, because one file keeps nagging at him: a liberal politician vanished five years earlier and is presumed dead. But she isn’t dead...yet.

Darkly humorous, propulsive, and atmospheric, The Keeper of Lost Causes introduces American readers to the mega-bestselling series fast becoming an international sensation.
Read More
"Far from being just another morose Nordic crime writer, Adler-Olsen creates a detective whose curiosity is as active as his soul is tortured. The villain is a monster and the crime horrendous, but readers will root for the victim and for the belabored Department Q. This absorbing psychological thriller is recommended not only for fans of Henning Mankell, Jo Nesbø, and Stieg Larsson but for true crime aficionados who might like to try fiction." — Library Journal, (starred review)

"The Keeper of Lost Causes is dark, atmospheric, and compelling. Those who loved The Girl with the Dragon Tattoo will devour this book." — C.J. Box, New York Times bestselling author of Cold Wind

"Jussi Adler-Olsen tells his stories as wickedly as Dean Koontz and has his detectives work as hard as Stieg Larsson." — Jydske Vestkysten (Denmark)

"This novel is for every Scandinavian crime fiction fan a must-read!" — Hannoversche Allgemeine (Germany)

"As impressive as it is unnerving." — The Independent

"An unusually fine and extremely fascinating thriller, which will keep you breathless till the very last page." — politiken.dk
Read More