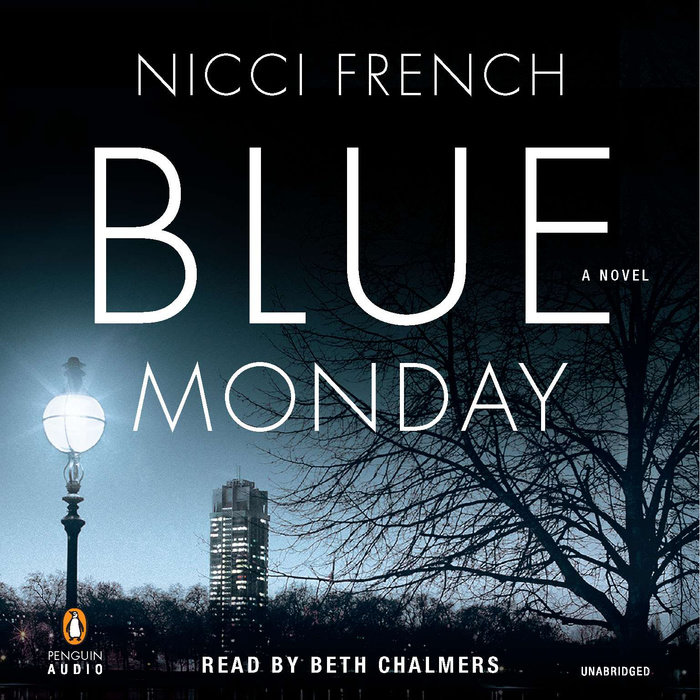 Frieda Klein is a solitary, incisive psychotherapist who spends her sleepless nights walking along the ancient rivers that have been forced underground in modern London. She believes that the world is a messy, uncontrollable place, but what we can control is what is inside our heads. This attitude is reflected in her own life, which is an austere one of refuge, personal integrity, and order.

The abduction of five-year-old Matthew Farraday provokes a national outcry and a desperate police hunt. And when his face is splashed over the newspapers, Frieda cannot ignore the coincidence: one of her patients has been having dreams in which he has a hunger for a child. A red-haired child he can describe in perfect detail, a child the spitting image of Matthew. She finds herself in the center of the investigation, serving as the reluctant sidekick of the chief inspector.

Drawing readers into a haunting world in which the terrors of the mind have spilled over into real life, Blue Monday introduces a compelling protagonist and a chilling mystery that will appeal to readers of dark crime fiction and fans of In Treatment and The Killing.

Read More
“Fast-paced and spooky…it leaves readers with the promise of intriguing tales to come.”

“A neat puzzle with a satisfying resolution and a terrific twist at the end.”

“A superb psychological thriller…With its brooding atmosphere, sustained suspense, last-minute plot twist, and memorable cast of characters, this series debut will leave readers eager to discover what color Tuesday will be.”

“With its smart plot, crisp prose, and a stunning final twist, this is psychological suspense at its best. Absolutely riveting.”—Booklist, starred review

“This is psychological suspense done right. The authors pace themselves and build the tension slowly while carefully developing each of the players. For fans of Tana French’s and Lisa Gardner’s moody, dark, twisty thrillers.”

—Alan Bradley, bestselling author of The Sweetness at the Bottom of the Pie

“Nicci French creates a haunting and complex psychological puzzle about memory and heredity, with enough twists and turns to keep you guessing until the very end. This gripping thriller certainly bodes well for the future of the series and I look forward to reading more about unlikely heroine Frieda Klein.”

“A fabulous, unsettling, and riveting look at motives and memory and relationships. And what drives people to do the unthinkable.”

—Louise Penny, bestselling author of A Trick of the Light

“Nicci French is undeniably at the top of British psychological suspense writing.”

“Complex and flawed, Frieda Klein is a refreshingly human protagonist, an intriguing debut for a truly unique character.”

—Tami Hoag, bestselling author of Down the Darkest Road