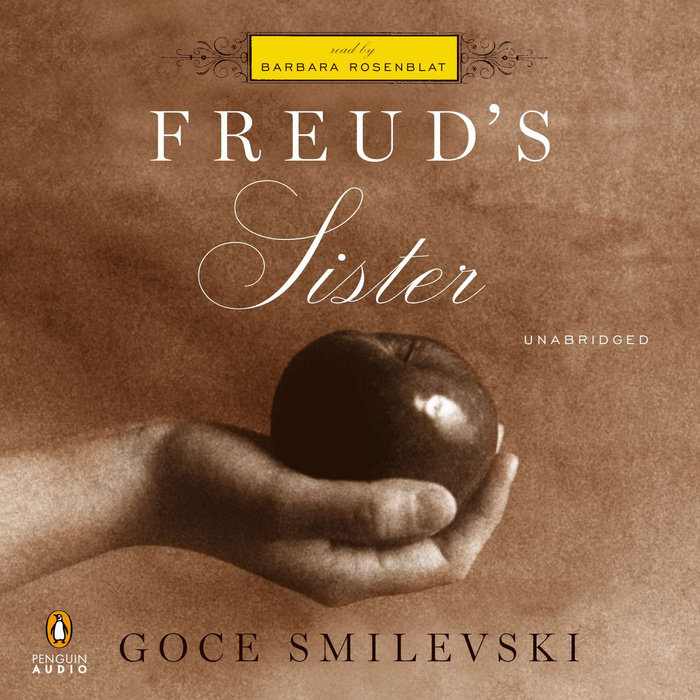 The boy in her memories who strokes her with the apple, who whispers to her the fairy tale, who gives her the knife, is her brother Sigmund.

Vienna, 1938: With the Nazis closing in, Sigmund Freud is granted an exit visa and allowed to list the names of people to take with him. He lists his doctor and maids, his dog, and his wife's sister, but not any of his own sisters. The four Freud sisters are shuttled to the Terezín concentration camp, while their brother lives out his last days in London.

Based on a true story, this searing novel gives haunting voice to Freud's sister Adolfina—“the sweetest and best of my sisters”—a gifted, sensitive woman who was spurned by her mother and never married. A witness to her brother's genius and to the cultural and artistic splendor of Vienna in the early twentieth century, she aspired to a life few women of her time could attain.

From Adolfina's closeness with her brother in childhood, to her love for a fellow student, to her time with Gustav Klimt's sister in a Vienna psychiatric hospital, to her dream of one day living in Venice and having a family, Freud's Sister imagines with astonishing insight and deep feeling the life of a woman lost to the shadows of history.
Read More
“Stunning . . . Bold and unexpected . . . It dares to provide a kind of shadow biography of Freud that is highly critical of the ‘great man.’ . . . Sure to be provocative.” —Joyce Carol Oates, The New York Review of Books

“A pleasure to read. There is great depth in this novel, and its poetic prose shines through even in this English translation.” —Associated Press

“Freud’s Sister is that rare artistic achievement that is more than the sum of its parts—informative but also wise, insightful and deeply moving. . . . Like Tolstoy, Smilevski chooses to use simple words, but to connect them eloquently so that they build to create powerful and complex images, ideas and feelings. . . . [A] heart-breaking book.” —The Jewish Daily Forward

“Startling and daring . . . A book that is ultimately less a Holocaust novel than a celebration of the subtlety and complexity of what comprises every human life . . . [Adolfina] is gifted with acute perception, deep insight and a grand eloquence, all of which is on rich display through this remarkable book.” —The Jewish Journal

“A beautiful, sensitive . . . literary investigation into what it must be like to live one’s life in the shadow of a genius.” —Maclean’s

“One of the most interesting literary events of the year . . . Important . . . easy to read, interesting and profound . . . [Smilevski] is an excellent writer.” —Dubravka Ugresic, Liberation (France)

“I’ve been deeply moved. . . . It’s very difficult to forget and is very likely to be as controversial as it is acclaimed.” —Joyce Carol Oates, Elle (Spain)

“Smilevski takes his place alongside Freud in the pantheon of philosophical writers whose mind and heart probe as one.” —The Daily Beast

“This gem of a book . . . is deeply moving. . . . A provocative discourse on sanity and perception . . . Unforgettable.” —Publishers Weekly

“Superb . . . Provocative and poignant . . . A sensitive portrayal and a well-crafted novel [that] offers keen insight into the Freud family dynamics.” —Kirkus Reviews

“Rich, varied, and complex . . . A novel of high intellect, enthusiastically recommended . . . The author brings Freud to life in his penetrating depiction of family relationships set against the backdrop of social and historical changes sweeping Europe at the time.” —Library Journal

“A vivid, bracing work of fiction—one of those rare novels that does more than simply bring history to life. It gives life to facts, and shimmers with a kind of actual reality that seems truer than life itself.” —Jay Parini, author of The Last Station and The Passages of H.M.

“Beautifully moving, rich in ideas and emotion, and full of insights about family, madness, and the role of women in fin-de-siècle Europe. Smilevski writes like a shaman wrestling the truth from a demon, and the message he delivers is transformational, relentless, and heartbreaking.” —Dale Peck

“Ingenious, innovative, and insightful in narrating one against the other the intertwined biographies of Freud and his sister Adolfina, and of their contemporaries Gustav Klimt and his sister Klara, and in thereby illuminating the historical relationship between creation and unthinkable destruction, as well as between male and female destinies. A thought-provoking, vitally engaging reading experience for anyone who cares about the meaning of our world.” —Shoshana Felman, author of Writing and Madness, Testimony, and The Juridical Unconscious

“A brilliantly written portrait of a woman cursed by her family, her culture, her country, and of her attempts to transcend the burden of history.” —Louise Murphy, author of The True Story of Hansel and Gretel

“An excellent novel . . . I cannot remember any book bringing me as much pleasure as [this one].” —Vesna Mojsova-Cepisevska (Macedonia)

“Smilevski has a distinctive style [and] gives a beautiful glimpse into both inner life and the world of ideas.” —Boek (The Netherlands) 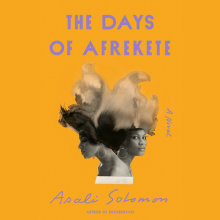