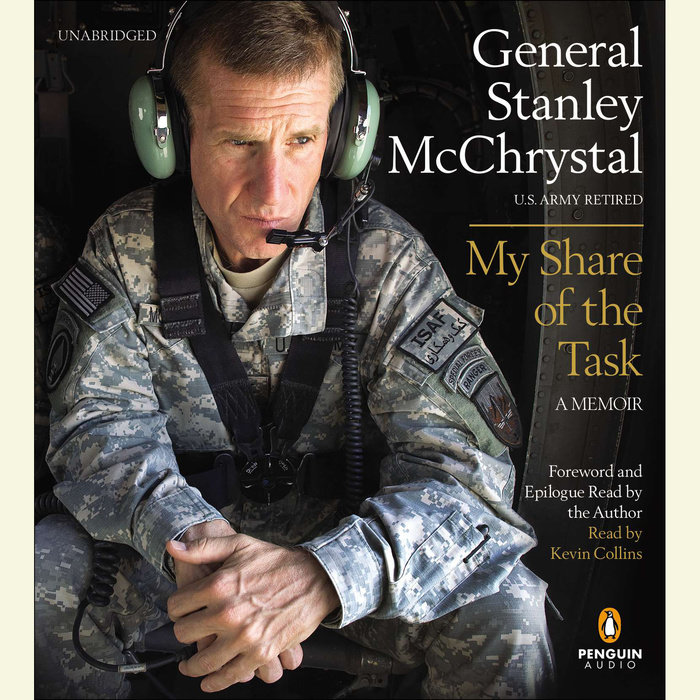 Written by: Gen. Stanley McChrystal
Read by: Kevin Collins
Introduction by: General Stanley McChrystal
19 Hours and 10 Minutes Imprint: Penguin Audio Genre: History - Military - United States Release Date: January 07, 2013
“Never shall I fail my comrades. . . . I will shoulder more than my share of the task, whatever it may be, one hundred percent and then some.” —from the Ranger Creed

In early March 2010, General Stanley McChrystal, the commanding officer of all U.S. and coalition forces in Afghanistan, walked with President Hamid Karzai through a small rural bazaar. As Afghan townspeo­ple crowded around them, a Taliban rocket loudly thudded into the ground some distance away. Karzai looked to McChrystal, who shrugged. The two leaders continued greeting the townspeople and listening to their views.

That trip was typical of McChrystal’s entire career, from his first day as a West Point plebe to his last day as a four-star general. The values he has come to be widely admired for were evident: a hunger to know the truth on the ground, the courage to find it, and the humility to listen to those around him. Even as a senior commander, McChrystal stationed him­self forward, and frequently went on patrols with his troops to experience their challenges firsthand.

In this illuminating memoir, McChrystal frankly explores the major episodes and controversies of his eventful career. He delves candidly into the intersection of history, leadership, and his own experience to produce a book of enduring value.

Joining the troubled post-Vietnam army as a young officer, McChrystal witnessed and participated in some of our military’s most difficult struggles. He describes the many outstanding leaders he served with and the handful of bad leaders he learned not to emulate. He paints a vivid portrait of the traditional military establishment that turned itself, in one gen­eration, into the adaptive, resilient force that would soon be tested in Iraq, Afghanistan, and the wider War on Terror.

McChrystal spent much of his early career in the world of special operations, at a time when these elite forces became increasingly effective—and necessary. He writes of a fight waged in the shadows by the Joint Special Operations Command (JSOC), which he led from 2003 to 2008. JSOC became one of our most effective counterterrorism weapons, facing off against Al Qaeda in Iraq.

Over time, JSOC gathered staggering amounts of intelligence in order to find and remove the most influential and dangerous terrorists, including the leader of Al Qaeda in Iraq, Abu Musab al-Zarqawi. The hunt for Zarqawi drives some of the most grip­ping scenes in this book, as McChrystal’s team grappled with tricky interrogations, advanced but scarce technology, weeks of unbroken surveillance, and agonizing decisions.

McChrystal brought the same energy to the war in Afghanistan, where the challenges loomed even larger. His revealing account draws on his close relationships with Afghan leaders, giving readers a unique window into the war and the country.

Ultimately, My Share of the Task is about much more than war and peace, terrorism and counterin­surgency. As McChrystal writes, “More by luck than design, I’d been a part of some events, organizations, and efforts that will loom large in history, and more that will not. I saw selfless commitment, petty politics, unspeakable cruelty, and quiet courage in places and quantities that I’d never have imagined. But what I will remember most are the leaders.”

Read More
“General McChrystal is a legendary warrior with a fine eye for enduring lessons about leadership, courage, and consequence. He took me inside the command bunker, on nighttime raids, and through the fog of war, political and military. My Share of the Task is an important, riveting, and instructive account of the triumphs and trials of America’s two longest wars.”

“Written in the tradition of Ulysses S. Grant, My Share of the Task is a clear, compelling, self-critical, and utterly unpretentious memoir. I know of no better book on the nature of modern military command.”

“This is a brilliant book about leadership wrapped inside a fascinating personal narra­tive. By describing his own life, and especially his command in Afghanistan, General McChrystal helps us understand the modern missions of the military. More than that, he provides lessons about leadership and values that are indispensable in our daily lives. It’s a deeply inspiring tale.”

“Stanley McChrystal has written the finest military memoir of his generation. Lucid, thoughtful, and steeped in military and strategic history, My Share of the Task is not just the story of one man’s service; it is the story of the development of a new way of war. This book is not just for aficionados of military history or for students of American foreign policy; it’s for anyone who wants to understand the challenges of leadership in America today.”

“A remarkable memoir by one of the most exceptional and thoughtful leaders of his generation.”

—RORY STEWART, author of The Places in Between 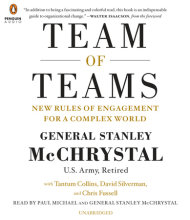