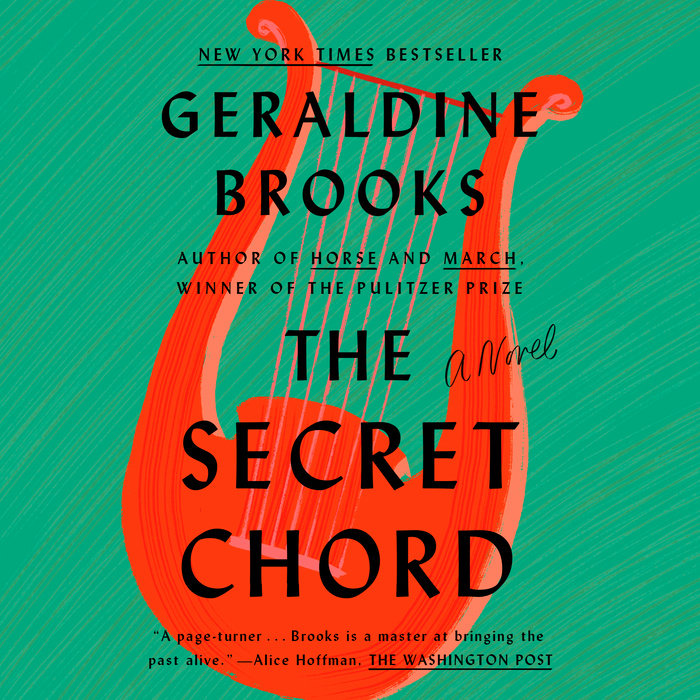 Written by: Geraldine Brooks
Read by: Paul Boehmer
13 Hours and 7 Minutes Imprint: Penguin Audio Genre: Fiction - Literary Release Date: October 06, 2015
“A page turner. . .Brooks is a master at bringing the past alive. . .in her skillful hands the issues of the past echo our own deepest concerns:  love and loss, drama and tragedy, chaos and brutality.” – Alice Hoffman, The Washington Post

A rich and utterly absorbing novel about the life of King David, from the Pulitzer Prize–winning author of People of the Book and March.

With more than two million copies of her novels sold, New York Times bestselling author Geraldine Brooks has achieved both popular and critical acclaim. Now, Brooks takes on one of literature’s richest and most enigmatic figures: a man who shimmers between history and legend. Peeling away the myth to bring David to life in Second Iron Age Israel, Brooks traces the arc of his journey from obscurity to fame, from shepherd to soldier, from hero to traitor, from beloved king to murderous despot and into his remorseful and diminished dotage.

The Secret Chord provides new context for some of the best-known episodes of David’s life while also focusing on others, even more remarkable and emotionally intense, that have been neglected.  We see David through the eyes of those who love him or fear him—from the prophet Natan, voice of his conscience, to his wives Mikhal, Avigail, and Batsheva, and finally to Solomon, the late-born son who redeems his Lear-like old age. Brooks has an uncanny ability to hear and transform characters from history, and this beautifully written, unvarnished saga of faith, desire, family, ambition, betrayal, and power will enthrall her many fans.
Read More
Praise for The Secret Chord

“A page turner. . .Brooks is a master at bringing the past alive. . .in [her]skillful hands the issues of the past echo our own deepest concerns:  love and loss, drama and tragedy, chaos and brutality.”
—Alice Hoffman, The Washington Post

“The Secret Chord—a thundering, gritty, emotionally devastating reconsideration of the story of King David—makes a masterly case for the generative power of retelling. . .some of the magic here has to do with setting and time—for sensory dramatics, it’s hard to compete with the Iron Age Middle East. . .but Brooks’s real accomplishment is that she also enables readers to feel the spirit of the place.”
—The New York Times

“There’s something bordering on the supernatural about Geraldine Brooks.  She seems able to transport herself back to earlier time periods, to time travel.  Sometimes, reading her work, she draws you so thoroughly into another era that you swear she’s actually lived in it.  With sensory acuity and a deep and complex understanding of emotional states, she conjures up the way we lived then. . .Brooks has humanized the king and cleverly added a modern perspective to our understanding of him. . .[Her] vision of the biblical world is enrapturing.”
—The Boston Globe

“The David that bursts off the page in this chronicle is a larger-than-life commixture of virtues and flaws. . .I may be late to the party on the amazing Ms. Brooks, but The Secret Chord won me over.  Its storytelling magic is as timeless as the tale it tells.”
—The San Francisco Chronicle

“It’s this David – gifted artist, vainglorious alpha male, conflicted husband and father – that we meet in The Secret Chord, the beautiful, subtle, grave new novel by Geraldine Brooks. . .The Secret Chord paints [a] fresh portrait of King David. . .For Brooks, David is interesting not for his status as the most beautiful man in art history, but, rather, for his matrix of contradictions. . .in this telling, he is the Bible’s ultimate Machiavellian.”
—USA Today

“Rich and imaginative. . .Thanks to Brooks, David is as compelling as he is contradictory, with the writing in The Secret Chord as lyrical as the lyre that David plays.”
—The Minneapolis Star Tribune

“Deeply sympathetic. . .Brooks offers new perspectives on a character whose story has captured the Western imagination for millennia. . .she breaks from the biblical version by giving voice to the voiceless women in David’s life:  wives and lovers, a daughter, a mother -- the beloved and the scorned.”
—The Chicago Tribune

“A compelling read, contemporary in its relevance. . .The Secret Chord is powerful storytelling, its landscape and time evoked in lyrical prose.”
—The Guardian

“In The Secret Chord, Brooks does what she does best: bring psychological realism and dramatic arc to a subject we scantly know from history and myth. . .The result yields a gripping tale of a ruler’s stresses and sacrifices, his triumphs and shames.  The Secret Chord reads like a Shakespeare history play with a dash of Machiavelli.”
—The Dallas Morning News

“[A] deeply imaginative exploration of this once powerful but deeply flawed ruler. . .Brooks is a gifted, engrossing storyteller.  Like March and People of the Book, The Secret Chord is studded with action, interesting characters, sweeping timelines and moving scenes filled with drama and conflict. . .a timely and universal exploration of the limits of loyalty, the seductive and corrupting influence of power, and the intersections between sin and faith, punishment and redemption.”
—The Milwaukee Journal Sentinel

“George R.R. Martin’s got nothing on the biblical chroniclers of David, kind of Israel.  Incest? Treachery and murder?  Marriages for love and political alliance?  This is the original Game of Thrones. . .Each of the members of David’s court comes into sharp relief.”
—The Miami Herald

“Like her beautiful descriptions of David as worshipful musician, Brooks' surface details befit the ancient story. Her delicate rendering of the spare, sun-pierced land is a painful foreshadowing of its still-embattled importance.”
—Philadelphia Inquirer

“The Pulitzer-Prize winning author has succeeded in humanizing a mythic figure, breathing life, emotion, and literary resonance into a midrash that transforms David the King into David the Man.”
—Haaretz.com

“In her gorgeously written novel of ambition, courage, retribution, and triumph, Brooks imagines the life and character of King David in all his complexity. . .The language, clear and precise throughout, turns soaringly poetic when describing music or the glory of David’s city. . .taken as a whole, the novel feels simultaneously ancient, accessible, and timeless.”
—ALA Booklist
Read More 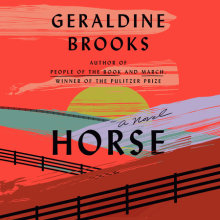 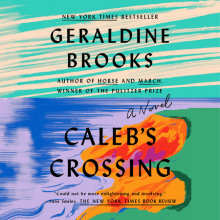 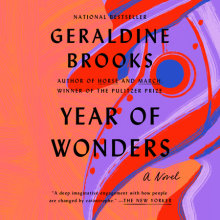