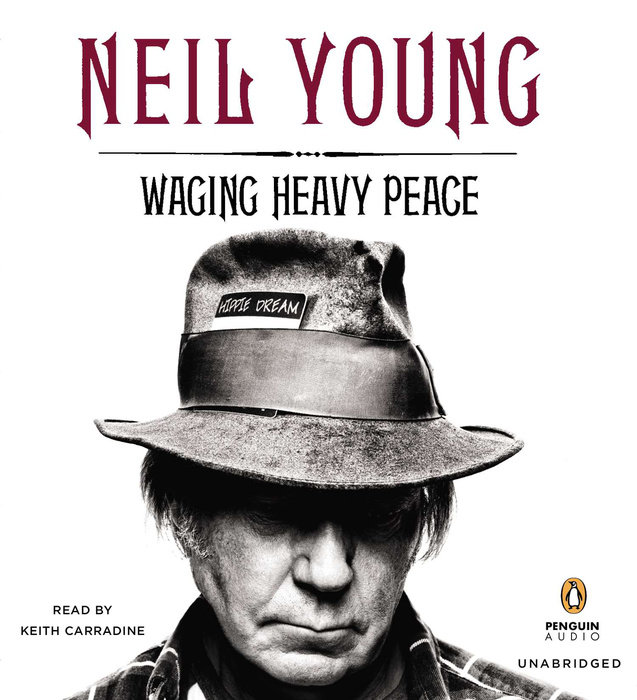 “I think I will have to use my time wisely and keep my thoughts straight if I am to succeed and deliver the cargo I so carefully have carried thus far to the outer reaches.”—Neil Young, from Waging Heavy Peace

Legendary singer and songwriter Neil Young’s storied career has spanned over forty years and yielded some of the modern era’s most enduring music. Now for the first time ever, Young reflects upon his life—from his Canadian childhood, to his part in the sixties rock explosion with Buffalo Springfield and Crosby, Stills, Nash & Young, through his later career with Crazy Horse and numerous private challenges. An instant classic, Waging Heavy Peace is as uncompromising and unforgettable as the man himself.
Read More
“Elliptical and personal…Waging Heavy Peace eschews chronology and skips the score-settling and titillation of other rocker biographies. Still, Young shows a little leg and has some laughs…. As the book progresses, the operatics of the rock life give way to signal family events, deconstructions of his musical partnerships and musings on the natural world. It is less a chronicle than a journal of self-appraisal.” –David Carr, The New York Times

“Waging Heavy Peace finally is Neil Young on Neil Young. Inasmuch as this memoir compares to anything, it's Dylan on Dylan in Chronicles Volume 1, and at the risk of offending, one must read it as perhaps one might the Bible: Young's reality is plastic, his prose prophetic; and myth, metaphor and madness meander through his musings….It is a beautiful book, and the sturdy stock gives it a substantial heft. The prose is conversational, peppered with sentence fragments, more stream-of-consciousness than narrative. This in itself is lovely, as reading this book likely is a close as most of us will get to riding with Young in his bus, shooting the breeze, reminiscing.” –Ted St. Godard, Winnipeg Free Press (Canada)

“Terrific: modest, honest, funny and frequently moving…Waging Heavy Peace takes the form of a diary, a life-in-the-day structure that gives Mr. Young room to maneuver, as he takes us on a wander round his memory palace… In many ways, the closest antecedent to Waging Heavy Peace may be Laurence Sterne's 1760 masterpiece, Tristram Shandy…Elegance itself.” –Wesley Stace, Wall Street Journal

“An inspirational account of tragedy, triumph, and toy trains…If you love Neil Young you will love his autobiography….There is humor in his approach, and a preoccupation with the feeling of things; of sound, and with the world of soul and spirit…. [Young’s] is a hero’s story; a man put through trial after trial who is still fighting at the end with humor, courage, and rage to be the most powerful and genuine artist he can possibly be.” –Suzanne Vega, The Times (London)

“Remarkable…Young has neither burned out nor faded away.” –Bruce Ward, The Ottawa Citizen

“Revealing, even (at times) oddly beautiful, a stream-of-consciousness-meditation on where Young has been, where he thinks he's going and, perhaps most revealing, where he is right now…. It is compelling to see a figure as prominent as Young — arguably one of the five or 10 most influential figures in the history of rock 'n' roll — express himself in such an unfiltered way.” –David Ulin, The Los Angeles Times

“Full of casual asides, unpredictable tangents and open-ended questions as he looks back on his life at age 66....Young appears to be setting down his memories in real time as they occur to him...Dryly hilarious...poignant....Waging Heavy Peace shows that Young is still in full possession of that stubborn, brilliant, one-of-a-kind instrument. He doesn't always go exactly where you want him to, or stay long enough once he gets there, but did anyone really expect anything else?" –Simon Vozick-Levinson, Rolling Stone (four stars)

“Like an epic jam with Crazy Horse, it's loose and baggy and always in the moment… The strength of Waging Heavy Peace lies in its openness and honesty. When you put Young's book down, you feel you know him.” –Dan DeLuca, Philadelphia Inquirer

“An honest, insightful, engaging and, dare we say, fun literary rambling. It’s a yarn told by a good buddy in a dark bar over beers and tequilas with great music on the jukebox in the background.” –Bob Ruggiero, The Houston Chronicle

"Young has consistently demonstrated the unbridled passion of an artist who understands that self-renewal is the only way to avoid burning out. For this reason, he has remained one of the most significant artists of the rock and roll era." —Eddie Vedder

“Young writes with dry eloquence in a voice that is clearly his own…His narrative voice is like his music—direct, emotional, hopeful, sometimes funny, willfully naïve, and often, quite beautiful… At its core, Waging Heavy Peace is a story about love of the enduring variety.” –Jeff Miers, Buffalo News

“Lively, rollicking, high-spirited, and reflective… Like one of his long, inventive jams, Young weaves crystalline lyrics and notes about friends… with reflections on the enduring beauty of nature, and the lasting power and influence of music.” — Publishers Weekly (starred)

“[Young] makes some of his finest music in this lyrical memoir, massaging our souls by hitting just the right chords with his words.” —BookPage 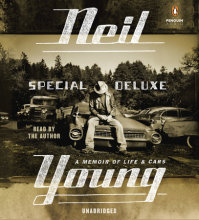 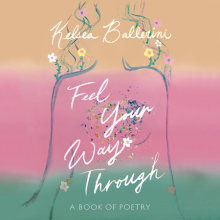