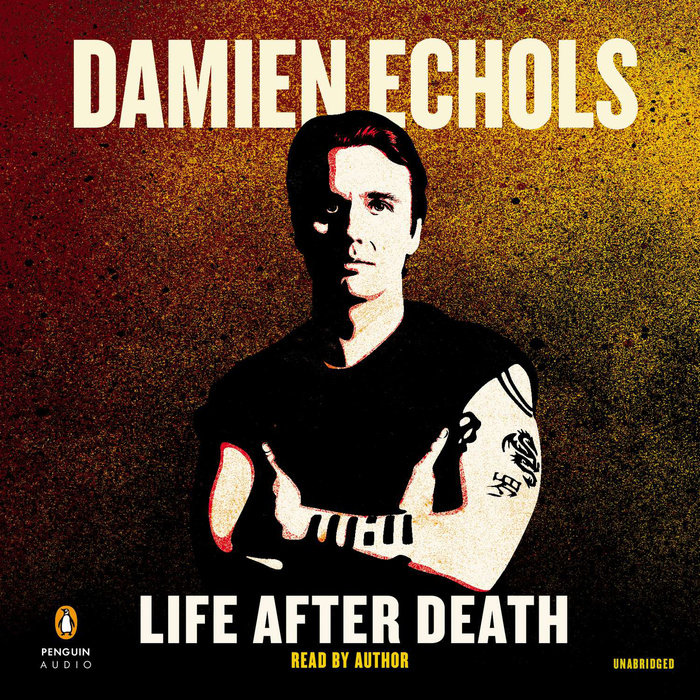 Written by: Damien Echols
Read by: Damien Echols
10 Hours and 36 Minutes Imprint: Penguin Audio Genre: Biography & Autobiography - Personal Memoirs Release Date: September 18, 2012
In 1993, teenagers Damien Echols, Jason Baldwin, and Jessie Misskelley, Jr.—who have come to be known as the West Memphis Three—were arrested for the murders of three eight-year-old boys in Arkansas. The ensuing trial was marked by tampered evidence, false testimony, and public hysteria. Baldwin and Misskelley were sentenced to life in prison; while eighteen-year-old Echols, deemed the “ringleader,” was sentenced to death. Over the next two decades, the WM3 became known worldwide as a symbol of wrongful conviction and imprisonment, with thousands of supporters and many notable celebrities who called for a new trial. In a shocking turn of events, all three men were released in August 2011.
Now Echols shares his story in full—from abuse by prison guards and wardens, to portraits of fellow inmates and deplorable living conditions, to the incredible reserves of patience, spirituality, and perseverance that kept him alive and sane while incarcerated for nearly two decades.

In these pages, Echols reveals himself a brilliant writer, infusing his narrative with tragedy and irony in equal measure: he describes the terrors he experienced every day and his outrage toward the American justice system, and offers a firsthand account of living on Death Row in heartbreaking, agonizing detail. Life After Death is destined to be a riveting, explosive classic of prison literature.
Read More
A New York Times Bestseller
A Los Angeles Times Bestseller
A USA Today Bestseller
A Wall Street Journal Bestseller
A Kirkus Reviews “Best of 2012” nonfiction selection

“Damien Echols spent eighteen years on death row for murders he did not commit. Somehow, in the depths of his unspeakable nightmare, he found the courage and strength not only to survive, but to grow, to create, to forgive, and to understand. Life After Death is a brilliant, haunting, painful, and uplifting narrative of a hopeless childhood, a wrongful conviction, a brutal incarceration, and the beginning of a new life.”
—John Grisham

“Wrongfully imprisoned by willfully ignorant cops, prosecutors and judge, Damien Echols draws on all his wits and his unique view of humanity to survive eighteen years on death row. My admiration for him, and the strength of his spirit, increases with every page.”
—Sir Peter Jackson, Academy Award-winning director, producer and screenwriter

“I am in awe of Damien's ability to write so beautifully, with such ease, humor and honesty—this is inspired storytelling, a wonderful book!”
—Fran Walsh, Academy Award-winning screenwriter, composer and producer

“The life of Damien Echols is a journey similar to that of the metal that becomes a samurai’s sword. Heated and pounded until it becomes hardened, it can hold its edge for centuries. It is incredible that Damien endured and survived one of the most tragic miscarriages of American justice, and emerged such a centered, articulate and extraordinary man and writer. Life After Death proves that he paid dearly for his wisdom.”
—Henry Rollins

“Exceptional memoir by the most famous of the West Memphis Three. [B]are facts alone would make for an interesting story. However, Echols is at heart a poet and mystic, and he has written not just a quickie one-off book to capitalize on a lurid news story, but rather a work of art that occasionally bears a resemblance to the work of Jean Genet. A voracious reader all his life, Echols vividly tells his story, from his impoverished childhood in a series of shacks and mobile homes to his emergence after half a lifetime behind bars as a psychically scarred man rediscovering freedom in New York City. The author also effectively displays his intelligence and sensitivity, qualities the Arkansas criminal justice system had no interest in recognizing during Echols’ ordeal. Essential reading.”
—Kirkus Reviews (starred)

“This is a stunning piece of work. Such hope while faced with injustice. Damien teaches us how to live.”
—Eddie Vedder

“[Echols’] case garnered worldwide attention, but [his] memoir is about as far away from a publicity-seeking I-was-wronged story as possible. The author opts for a meatier, and certainly more haunting, account of his life behind bars, coupled with flashbacks to his childhood....Echols is a talented writer, and when the book dips into his own spiritual and philosophical beliefs...it achieves the kind of emotional resonance that many similar books lack....A tragic and often disturbing story."
—Booklist

"Damien Echols suffered a shocking miscarriage of justice. A nightmare few could endure. An innocent man on death row for more than eighteen years, abused by the very system we all fund. His story will appall, fascinate, and render you feeble with tears and laughter. A brilliant memoir to battle with literary giants of the calibre of Jean Genet, Gregory David Roberts, and Dostoevsky."
—Johnny Depp

“[T]his is an eloquent, even bitterly lyrical, portrayal of how an innocent man can slip through the cracks of the legal system and struggle to survive. Compelling and deeply moving, in the tradition of Helen Prejean’s Dead Man Walking and Norman Mailer’s The Executioner’s Song, this memoir will appeal to a wide audience.”
—Library Journal (starred)

“In this searing, finely wrought memoir, Echols recalls his poverty-stricken childhood, the trial of the West Memphis 3, and the harsh realities of life on death row … The most affecting sections are Echols’s philosophical musings on all he has lost, his thoughts often influenced by Zen Buddhism. In one journal entry that survived the guards’ purge, Echols contemplates what he misses the most while in prison. The answer is a heart-wrenching and simple commentary on American prison life: ‘In the end it’s not the fruit I miss most... I miss being treated like a human being.’”
—Publisher’s Weekly (starred)

“[A] tale of romance, resilience, and the power of the written word.”
—Stephanie Palumbo, O, The Oprah Magazine

“Echols is a writer whose talent is commensurate with the task of telling this story....The man who has emerged from death row at last is not quite a hero, but he’s something far more interesting: an artist—and, most definitely, well worth meeting.”
—Laura Miller, Salon.com

“Gripping…Echols has already lived a remarkable life, one forged in tragedy and all manner of iniquity. That he is able to write so movingly about the many trials he endured speaks volumes about his intellect and character.”
—Jesse Singal, The Boston Globe
Read More 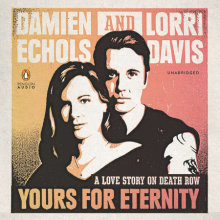