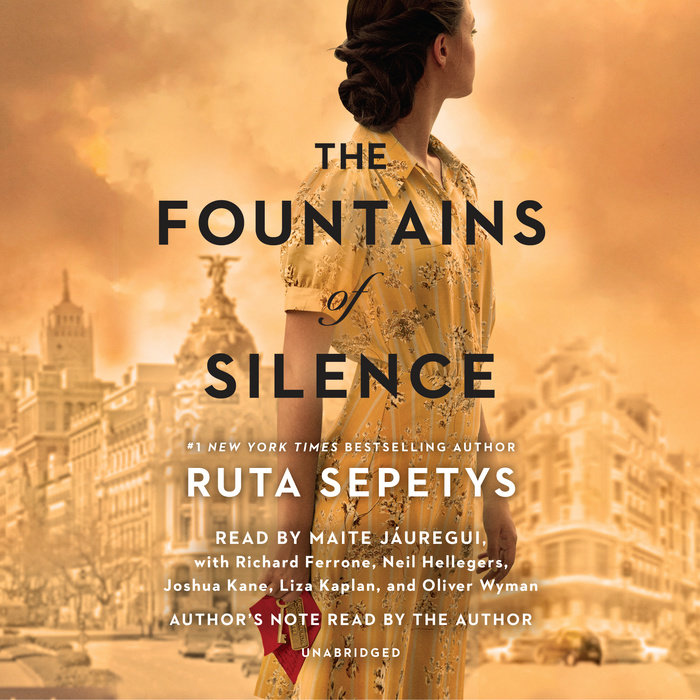 Madrid, 1957. Under the fascist dictatorship of General Francisco Franco, Spain is hiding a dark secret. Meanwhile, tourists and foreign businessmen flood into Spain under the welcoming promise of sunshine and wine. Among them is eighteen-year-old Daniel Matheson, the son of an oil tycoon, who arrives in Madrid with his parents hoping to connect with the country of his mother's birth through the lens of his camera. Photography--and fate--introduce him to Ana, whose family's interweaving obstacles reveal the lingering grasp of the Spanish Civil War--as well as chilling definitions of fortune and fear. Daniel's photographs leave him with uncomfortable questions amidst shadows of danger. He is backed into a corner of difficult decisions to protect those he loves. Lives and hearts collide, revealing an incredibly dark side to the sunny Spanish city.

Master storyteller Ruta Sepetys once again shines light into one of history's darkest corners in this epic, heart-wrenching novel about identity, unforgettable love, repercussions of war, and the hidden violence of silence--inspired by the true postwar struggles of Spain.

Praise for The Fountains of Silence:

* "[Sepetys] tells a moving story made even more powerful by its placement in a lesser-known historical moment. Captivating, deft, and illuminating historical fiction." --Booklist, *STARRED REVIEW*


Read by Maite Jáuregui, with Richard Ferrone, Neil Hellegers, Joshua Kane, Liza Kaplan, and Oliver Wyman, and with an Author’s Note read by the author
Read More
Praise for The Fountains of Silence:

"Spain under Francisco Franco is as dystopian a setting as Margaret Atwood’s Gilead in Ruta Sepetys’s suspenseful, romantic and timely new work of historical fiction . . . Like [Shakespeare's family romances], 'The Fountains of Silence' speaks truth to power, persuading future rulers to avoid repeating the crimes of the past." --The New York Times Book Review

“Full of twists and revelations…an excellent story, and timely, too.” --The Wall Street Journal

* "[Sepetys] tells a moving story made even more powerful by its placement in a lesser-known historical moment. Captivating, deft, and illuminating historical fiction." --Booklist, *STARRED REVIEW*

* "This richly woven historical fiction . . . will keep young adults as well as adults interested from the first page to the last." --SLC, *STARRED REVIEW*

* "[A] far-reaching narrative . . . As usual Sepetys has done her homework [and] brings a brutal authenticity." --BCCB, *STARRED REVIEW*

* "In a gut-wrenching YA novel about the terrible destructiveness of secrets untold, master storyteller Ruta Sepetys reveals the dark underbelly of 1950s Spain under dictator Franco." --Shelf Awareness, *STARRED REVIEW*

"Readers who enjoy historical fiction will find that Sepetys has once again brought history to life." --VOYA

Praise for Salt to the Sea:

"Ruta Sepetys is a master of historical fiction. In Salt to the Sea the hard truths of her herculean research are tempered with effortless, intimate storytelling, as her warm and human characters breathe new life into one of the world's most terrible and neglected tragedies." —Elizabeth Wein, New York Times bestselling author of Printz Award Honor Book Code Name Verity

* "Sepetys excels in shining light on lost chapters of history, and this visceral novel proves a memorable testament to strength and resilience in the face of war and cruelty." —Publishers Weekly, starred review

* "This haunting gem of a novel begs to be remembered, and in turn, it tries to remember the thousands of real people its fictional characters represent. What it asks of us is that their memories, and their stories, not be abandoned to the sea." —Booklist, starred review 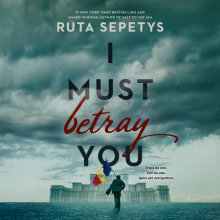 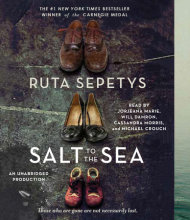 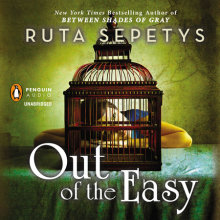