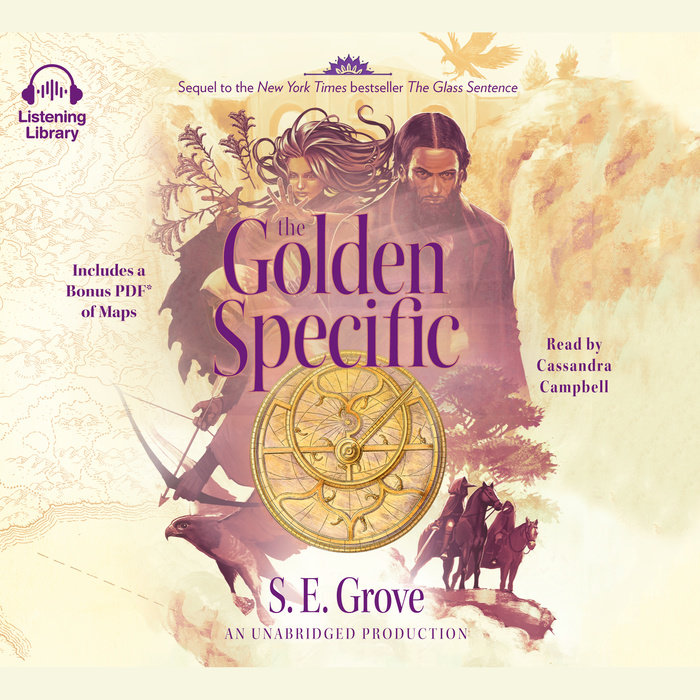 Written by: S. E. Grove
Read by: Cassandra Campbell
15 Hours and 19 Minutes Imprint: Listening Library Ages 10 and up Release Date: July 14, 2015
The eagerly-awaited sequel to the best-selling The Glass Sentence -- a historical, fantastical adventure perfect for fans of Philip Pullman!

It is the summer of 1892, one year since Sophia Tims and her friend Theo embarked upon the dangerous adventure that rewrote the map of the world. Since their return home to Boston, she has continued searching for clues to her parents’ disappearance, combing archives and libraries, grasping at even the most slender leads. Theo has apprenticed himself to an explorer in order to follow those leads across the country—but one after another proves to be a dead end.
Then Sophia discovers that a crucial piece of the puzzle exists in a foreign Age. At the same time, Theo discovers that his old life outside the law threatens to destroy the new one he has built with Sophia and her uncle Shadrack. What he and Sophia do not know is that their separate discoveries are intertwined, and that one remarkable person is part of both.
There is a city that holds all of the answers—but it cannot be found on any map. Surrounded by plague, it can only be reached by a journey through darkness and chaos, which is at the same time the plague’s cure: The Golden Specific.
Read More
RAVES FOR THE GLASS SENTENCE


* “Brilliant in concept, breathtaking in scale and stellar in its worldbuilding; this is a world never before seen in fiction . . . Wholly original and marvelous beyond compare.”—Kirkus Reviews, starred review

* “A thrilling, time-bending debut . . . It’s a cracking adventure, and Grove bolsters the action with commentary on xenophobia and government for hire, as well as a fascinating system of map magic.”—Publishers Weekly, starred review

*“Stellar . . richly layered and emotionally engaging from the first page through to the intriguing cliffhanger end.”—BCCB, starred review

* "A mind-blowing debut . . . The bookmaking behind this first novel is as elegant as the maps within it." —Shelf Awareness, starred review

“I am in no doubt about the energy of S.E. Grove as a full-fledged, pathfinding fantasist. I look forward to the next installment to place upon the pile. Intensely.” – Gregory Maguire, The New York Times Book Review

“Not since Philip Pullman's The Golden Compass have I seen such an original and compelling world built inside a book.”—Megan Whalen Turner, New York Times best-selling author of A Conspiracy of Kings

“Absolutely marvelous.  It’s the best book I’ve read in a long time.”—Nancy Farmer, National Book Award-winning author of The House of the Scorpion

"A page-turner .  . So imaginative."—Meghan Cox Gurdon, The Wall Street Journal 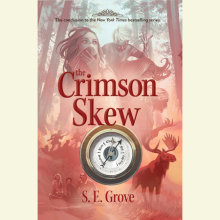 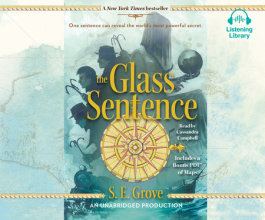 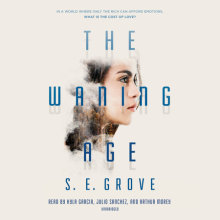