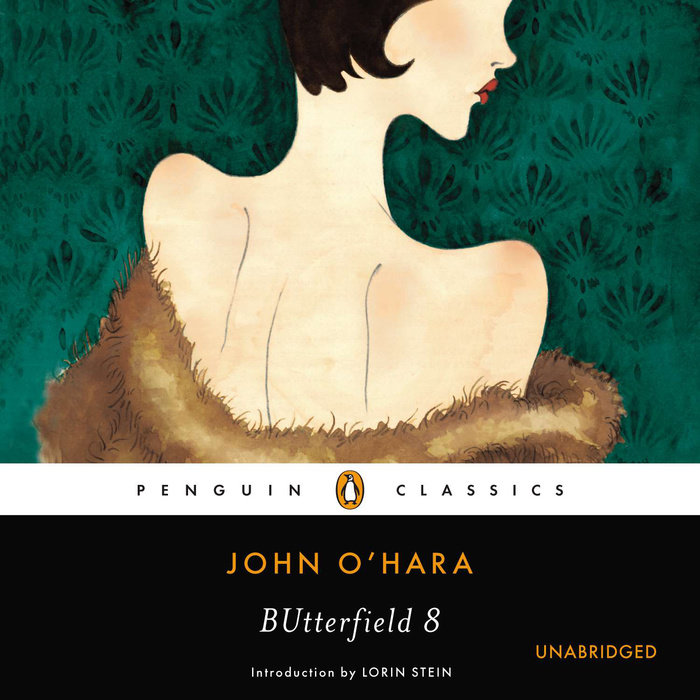 A masterpiece of American fiction and a bestseller upon its publication in 1935, BUtterfield 8 lays bare with brash honesty the unspoken and often shocking truths that lurked beneath the surface of a society still reeling from the effects of the Great Depression. One Sunday morning, Gloria wakes up in a stranger's apartment with nothing but a torn evening dress, stockings, and panties. When she steals a fur coat from the wardrobe to wear home, she unleashes a series of events that can only end in tragedy. Inspired by true events, this novel caused a sensation on its publication for its frank depiction of the relationship between a wild and beautiful young woman and a respectable, married man.
Read More
“A man who knows exactly what he is writing about and has written it marvelously well.” —Ernest Hemingway


“Like Henry James, O’Hara could create a world where class and social structures are all-important but not openly discussed.” —The Village Voice


“O’Hara understood better than any other American writer how class can both reveal and shape character....  [His] genius was in his unerring precision in capturing the speech and the milieus of his characters, whether the setting was Pennsylvania, Hollywood, or New York.” —Fran Lebowitz


"O'Hara occupies a unique position in our contemporary literature... He is the only American writer to whom America presents itself as a social scene in the way it once presented itself to Henry James, or France to Proust." —Lionel Trilling, The New York Times

“One of the great novels of New York in the Depression . . . [O’Hara’s] novels of the mid-thirties are his classics, and they deserve to be much more famous than they are.” —Lorin Stein, editor of The Paris Review, from the Introduction