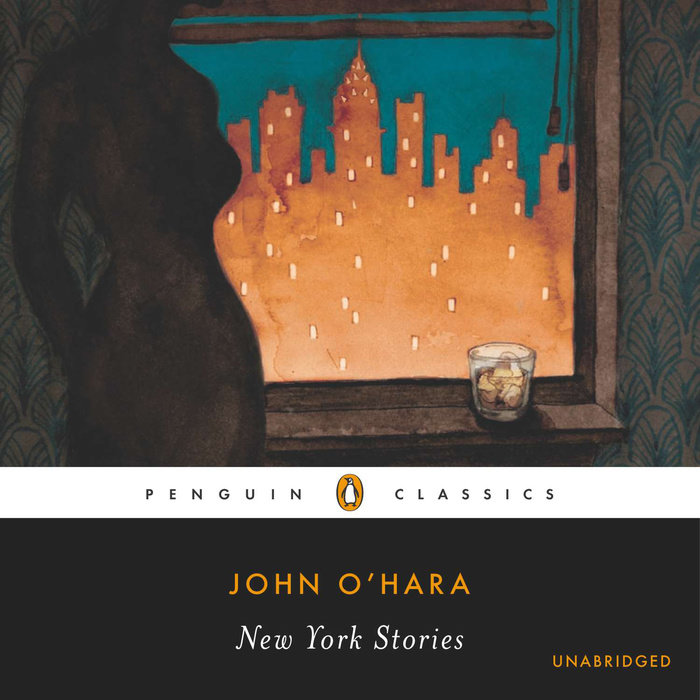 Collected for the first time, here are the New York stories of one of the twentieth century’s definitive chroniclers of the city—the speakeasies and highballs, social climbers and cinema stars, mistresses and powerbrokers, unsparingly observed by a popular American master of realism. Spanning his four-decade career, these more than thirty refreshingly frank, sparely written stories are among John O’Hara’s finest work, exploring the materialist aspirations and sexual exploits of flawed, prodigally human characters and showcasing the snappy dialogue, telling details and ironic narrative twists that made him the most-published short story writer in the history of the New Yorker.

With an introduction by the editor, and a foreword both written and read by E.L. Doctorow.

Narrated by Becky Ann Baker, Dylan Baker, Bobby Cannavale, Jon Hamm, Richard Kind, Jan Maxwell, Gretchen Mol, and Dallas Roberts
Read More
“You can binge on his collections, the way some people binge on Mad Men, and for some of the same reasons.” —Lorin Stein, editor of The Paris Review

“Don Draper is an O’Hara character if ever there was one. . . . The stories have the tang of genuine observation and reporting. . . . You’re aware of how brilliantly O’Hara uses dialogue to convey exposition, and of how often his people, like Hemingway’s, leave unsaid what is really on their minds. . . . O’Hara [was] a master of the short story . . . The New York anthology . . . is part of a welcome Penguin effort to reissue his work in paperback.” —Charles McGrath, The New York Times Book Review

"Among the greatest short-story writers in English, or in any other language...  [He helped] to invent what the world came to call The New Yorker short story." —Brendan Gill, Here at The New Yorker

"O'Hara occupies a unique position in our contemporary literature.... He is the only American writer to whom America presents itself as a social scene in the way it once presented itself to Henry James, or France to Proust." —Lionel Trilling, The New York Times

"This is fiction, but it has, for me, the clang of truth." —John Updike

“O’Hara’s eyes and ears have been spared nothing.” —Dorothy Parker

“O’Hara practices the classic form of the modern short story developed by Joyce and perfected by Hemingway. . . . His coverage is worthy of a Balzac.” —E. L. Doctorow, from the Foreword

“Superb . . . The 32 stories inhabit the Technicolor vernaculars of taxi drivers, barbers, paper pushers and society matrons. . . . Undoubtedly, between the 1930s and the 1970s, [O’Hara] was American fiction’s greatest eavesdropper, recording the everyday speech and tone of all strata of midcentury society. . . . What elevates O’Hara above slice-of-life portraitists like Damon Runyon and Ring Lardner is the turmoil glimpsed beneath the vibrant surfaces.” —The Wall Street Journal

“His short stories are gorgeous broken scenes of American life . . . and his style and themes—a bridge, if you will, between F. Scott Fitzgerald and John Updike—remain painfully and beautifully relevant today.” —Huffington Post